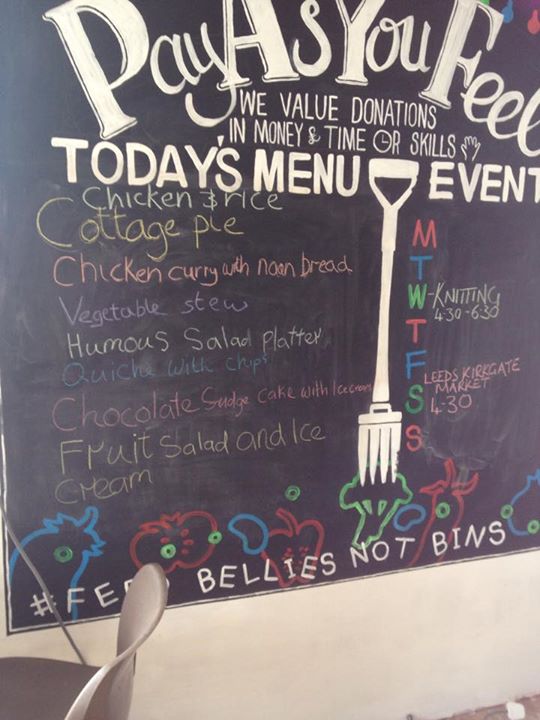 Waste Not, Want Not: Feeding Thousands with ‘Unusable’ Food

Social enterprises are becoming increasingly popular as support from local communities shows that the public are willing to participate and contribute. One such enterprise that started in the North of England is The Real Junk Food Project, first established in 2013.

The premise is simple: to create and serve a menu crafted entirely from food that would otherwise have gone to waste. This may be food nearing its ‘best before’ date, or food that does not meet certain aesthetic standards but is otherwise useable in every way. The scale of the problem may not be common knowledge to the average supermarket shopper, but the UN estimates that 1.3 billion tonnes of food is wasted globally every year, which translates to around 40% of all food produced. In the UK alone this figure is calculated at 15 million tonnes of food going to landfill or compost that could have instead been eaten. In 2014 the project saved just under 33,000 kilograms of food from going to waste which was served up as 18,138 meals for customers. 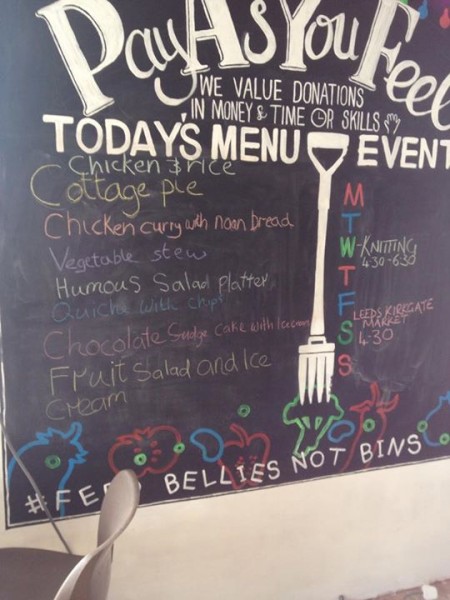 Whilst the Real Junk Food Project accepts and welcomes anyone, the Project especially tries to cater for those who have little to no income and may be unable to feed themselves. Cheap foods and convenience foods often overlap, meaning that there is little nutritional value to food items that can be bought inexpensively. If you are on a tight budget eating cheaply is vastly better than not eating at all and so the health of those with limited money to spend on food may decline if they are unable to afford to eat healthily. Eating healthily, however, does not have to be boring and bland and the cooks at the Real Junk Food Project try to create exciting meals wherever possible.

There are no prices on the menu and customers are asked to pay by donation if they choose to, so that particularly vulnerable people, especially those living on the street, can eat satisfying meals frequently. People can also choose to support the project by contributing practically by cleaning up.

In 2014 The Real Junk Food Project raised over £25,000 in donations – a fantastic achievement that has allowed the project to grow. This success means that it has now expanded across the UK. The next big challenge is in Manchester, where the project is aiming to open an entirely upcycled restaurant, from the food to the furniture. Industrial cooking appliances have already been generously donated and skilled electricians and labourers have volunteered their time. Over the next few months the Manchester branch will continue preparing and collecting in order to open its doors.

Keep up to date with The Real Junk Food Project by visiting www.facebook.com/TheRealJunkFoodProject for updates.