International animal welfare organization FOUR PAWS, together with the Turkish Ministry of Forestry and Water Affairs, Turkish volunteers and security experts, have managed to evacuate four animals, including two lions and two dogs, from the “Magic World” amusement park near Aleppo.

Just over a week ago, nine other animals were rescued from the same zoo; with the latest rescue, all thirteen abandoned animals from the Syrian zoo have arrived in Turkey. There, they will receive medical treatment in the wildlife rescue centre Karacabey until they are fit enough to be transported to a species-appropriate home.

The evacuation of the last four of the thirteen zoo animals posed again a huge challenge to the animal welfare organization FOUR PAWS. 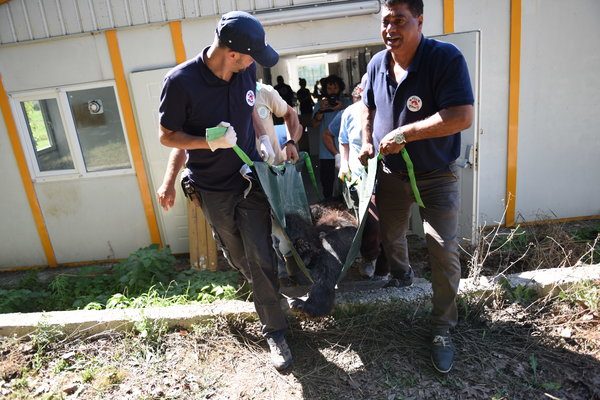 “Just the fact that the first nine animals were brought out of Syria is a miracle. It was an organizational and logistical feat. It makes us incredibly happy that we could rescue the remaining animals who were still suffering. We would not have been able to achieve this without the many Turkish volunteers, who helped with the logistics and provided us with important contacts on-site. Many of them took time out of their job or even came from abroad to help. We are also very grateful for the support of the Turkish government which opened the border for us”, says FOUR PAWS vet and head of the mission Dr Amir Khalil. 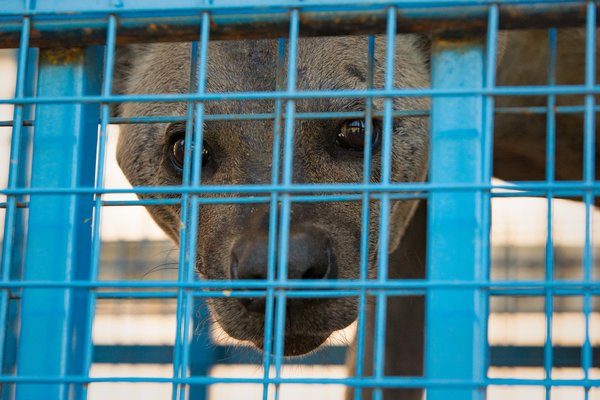 The five lions, two tigers, two Asian black bears, two hyenas and two dogs can finally hope for a better future. The animals are being given medical treatment in the wildlife rescue centrr Karacabey near the city of Bursa before they make the final journey to their permanent homes.

“The help that we receive in Karacabey is tremendous. However, FOUR PAWS has a very good selection of options for the animals between our sanctuaries in Jordan, South Africa, and the Netherlands. Given the critical condition of some animals we need to transfer them to a place that is well-equipped for special medical treatments as soon as possible”, says Dr Khalil.
The results of the first medical examinations have shown that many of the animals are not only severely malnourished but traumatised as well. In addition to psychological damage, some animals have minor wounds or are infected with parasites. However, living in a war zone has scarred some more than others. “Unfortunately, the male hyena is completely blind and the female is suffering from a severe kidney disease. The medical condition of both tigers has also take a hit. One even suffered a cardiac arrest, but we were able to resuscitate him”, reports the head veterinarian of the Leibniz-Institute for Zoo and Wildlife Research Berlin Dr Frank Göritz, who is supporting the FOUR PAWS team together with local vets. All thirteen animals are expected to survive.

The cooperation with the Turkish Ministry of Forestry and Water Affairs, Turkish volunteers and security experts, who have a lot of previous experience working in Syria, has been essential to the success of the mission which took months to plan.

The security team handled the evacuation of the animals from the zoo and their transport to the Syrian-Turkish border, where the FOUR PAWS rapid response team took the animals into their care and took them further into Turkey.

The challenging rescue operation was financially supported by a substantial donation from the US journalist, businessman, and animal conservationist, Eric Margolis.

“I am so relieved that the rescue operation was successful. The zoo animals had no chance of escaping their tiny cages. They were surrounded by bomb explosions and gunshots every single day. This mission has saved their lives. I look forward to visiting the animals soon in their new homes”, says Margolis.