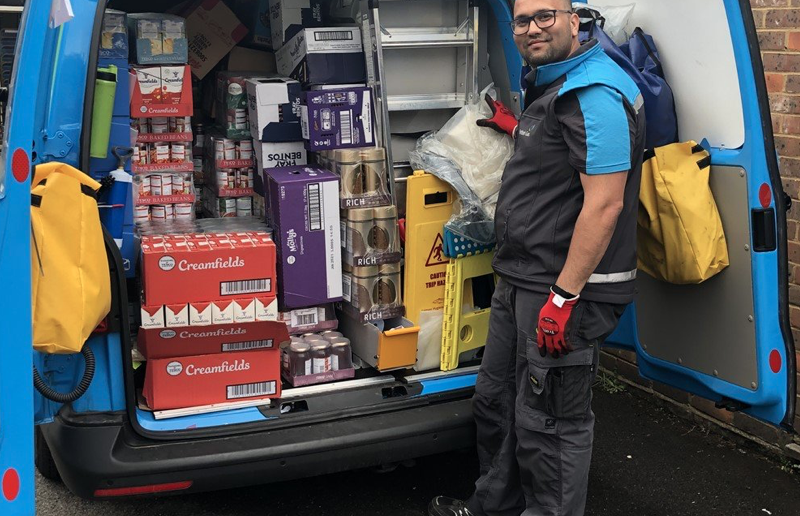 Muswell Hill Food Bank (MHF), part of The Trussell Trust, have introduced a new parcel scheme to provide food packages for over 350 children over the next two months.

The Summer Top-up Food for Families (STUFF) initiative was launched last week and aims to support 13 schools throughout the London boroughs of Haringey and Barnet.

Students who are eligible for free school meals will qualify for the STUFF scheme, which will enable families to pick up a maximum of three food parcels up until August 19th, and once again between September 2nd to September 4th.

“We’ve been bowled over by the generosity of our local community during the pandemic, so we have plenty of stock at the moment,” said Vic Mason, MHF Manager.

The food bundles contain shelf-stable commodities, from cereal, milk and soup, to juice, tinned fruit and vegetables, all received as donations from the local community. “We hate the idea of children going hungry over the summer. Our volunteers have been working hard to contact schools and sign them up over the past few weeks,” Vic explained.

On July 20th, the headteacher of Coppetts Wood School, Kristie Barrett, delivered 60 bags of food to the primary school, allowing families to collect the products with ease.

Since the outbreak of the coronavirus, MHF have seen a surge in demand for their food provision services, with food stamp referrals increasing among those recently made redundant, and families on the breadline who were previously reliant on free school meals, but are now struggling with their children out of school.

Vic has commended the immense altruism and unwavering diligence of his team of volunteers, whom he regards as the fundamental pillars of the organisation. “We have people from every conceivable background, working together and giving so much time and energy,” he said.

The collective impact of the continued local efforts to band together and alleviate the burden upon neighbours facing economic hardship has been a renewed sense of community spirit.

“Any problem that arises, there was someone stepping forward with a plan. I’m just the facilitator of these very talented, gifted and generous people.”

Visit the MHF website to get involved in the STUFF scheme.