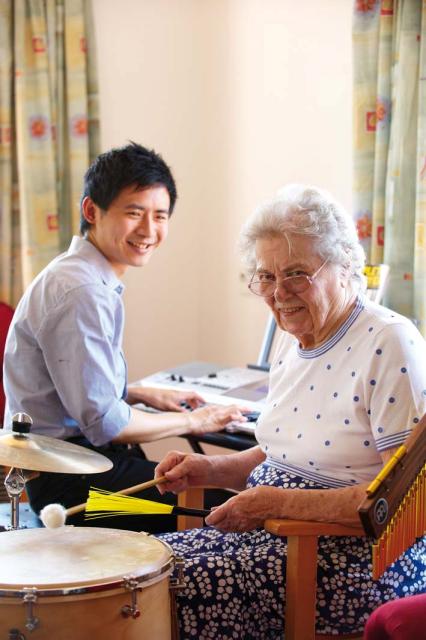 The findings are from a study carried out within MHA, a national charity which has provided accommodation and support services for older people throughout Britain, for over 70 years. The study involved 14 residents from two MHA homes, who took part over a five-month period.

At the conference at the Birmingham Conservatoire, Ming described how, “Results indicated the positive effects of music therapy inside and outside music therapy sessions.”

Ming also described how the feasibility study’s positive results will hopefully encourage larger-scale investigations: there is currently little research being done on this potentially very exciting alternative treatment for dementia.

Dementia is thought to have affected approximately 820,000 people in the UK and 44.4 million worldwide in 2013. The degenerative disease is especially prevalent among people aged 70 and over and is often caused by Alzheimer’s disease or strokes, resulting in memory-loss and difficulty with language.

Despite costing the UK government more than £23 billion pounds –more than heart disease and cancer combined- it is greatly underfunded: MHA’s research is a great cause of hope for the millions of families affected by Dementia.