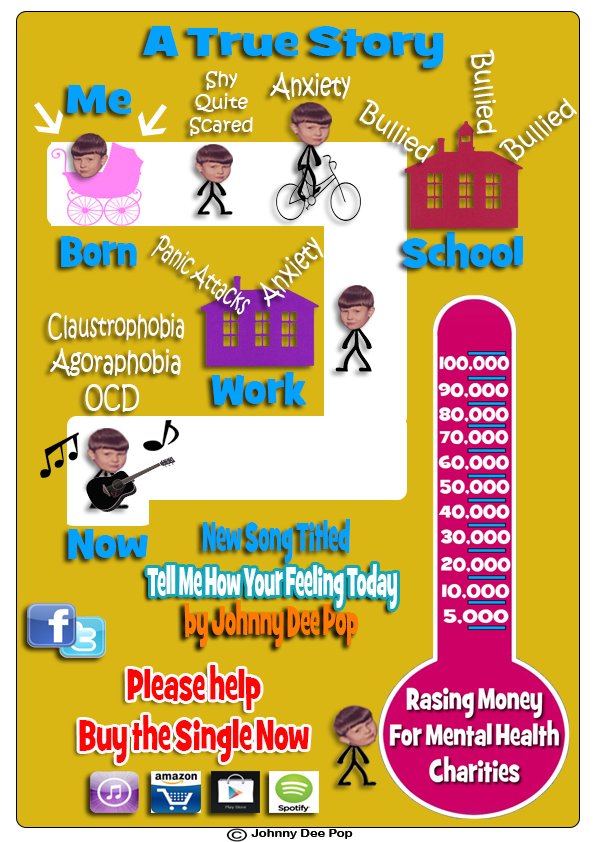 A charity single called “Tell Me How Your Feeling Today” has been released by Johnny Dee Pop (also known as John Donlon) in a new effort to raise awareness about mental health issues in the UK.

Mixed anxiety and depression is the most common mental disorder in Britain, and John tells his own experiences and those of others through both his website and his YouTube channel; explaining that he aims to help others in areas in which he struggled at a young age.  He is very passionate about this charity campaign, and hopes it will be a great success.

As around 10% of children suffer a mental health problem at any one time, the song aims particularly to spread awareness amongst younger members of the population: helping to overcome the stigma surrounding mental illness and encouraging those struggling with it to seek help.

Or purchase the single via the links below: