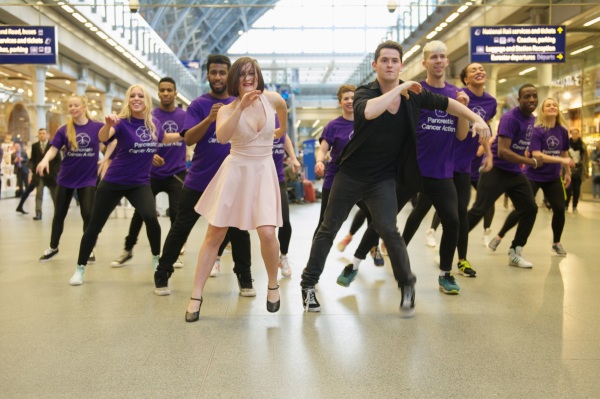 Pancreatic Cancer Action teamed up with St Pancras International to highlight the common mispronunciation of St Pancras and raise awareness of pancreatic cancer – the UK’s fifth biggest cancer killer – with an impromptu flash mob in March 2014. 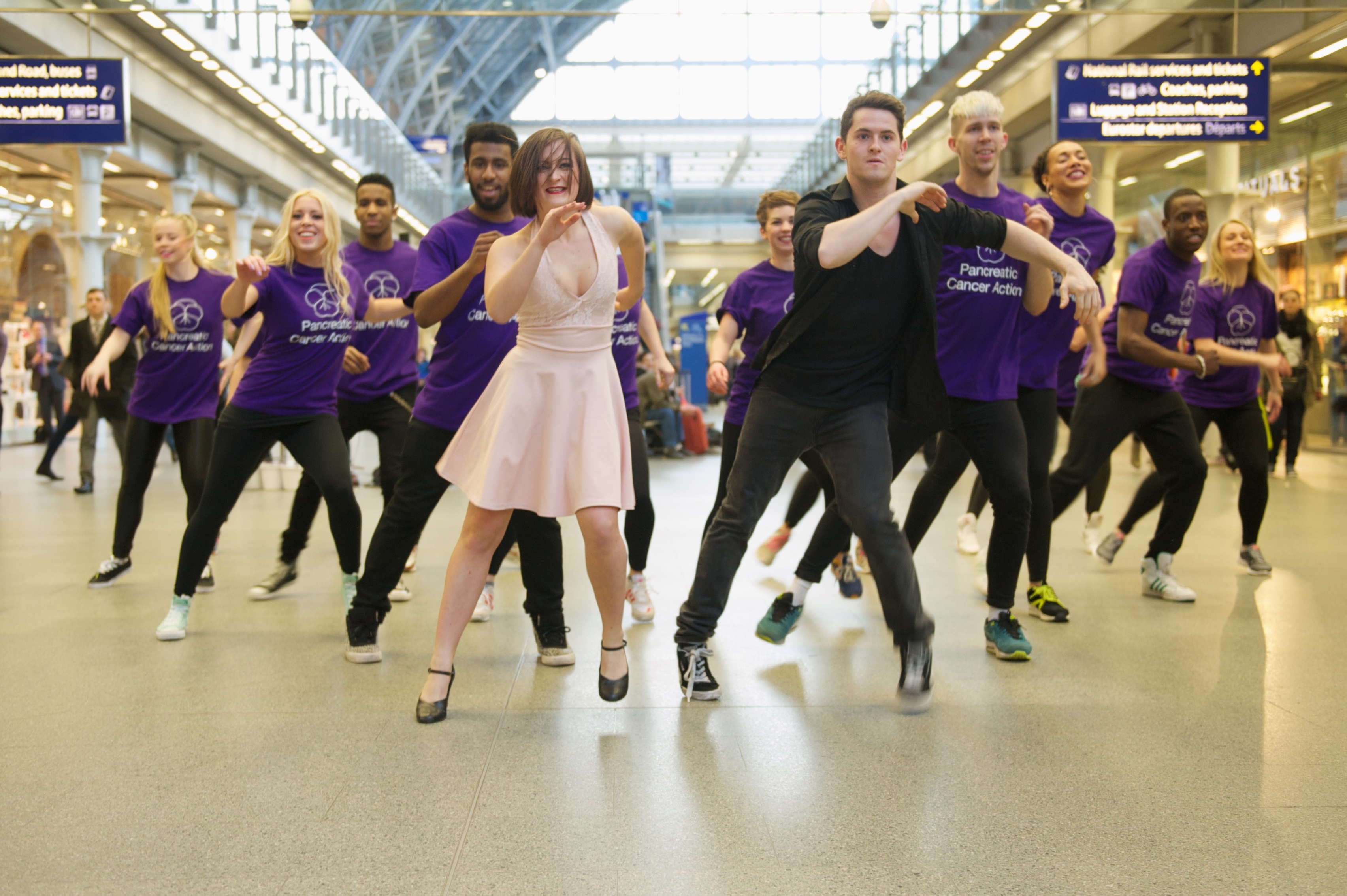 A survey revealed that a third of people wrongly say ‘St Pancreas station’ instead of ‘St Pancras’. Besides this, the survey found people have the most trouble pronouncing ‘Ely’ and 40% mistakenly mispronounce ‘Keighley’.

The flash mob was led by thirty dancers from Living the Dream Dance Company, and included performances to tracks from the film Dirty Dancing. Patrick Swayze, the male lead in this film, sadly lost his life to Pancreatic Cancer in 2009.

Ali Stunt from Pancreatic Cancer Action: “While it can be amusing when people mix up St Pancras and St Pancreas, it also serves as a positive inadvertently by raising awareness of a disease that has been little known for far too long. Pancreatic cancer has had the same shockingly low survival rate of three per cent for 40 years. If more is known about the disease and its symptoms, this will hopefully lead to more people being diagnosed earlier and an increase in the number of survivors so any awareness is a great.”

Pancreatic Cancer Action is a not-for-profit based in the UK whose mission is raising awareness of pancreatic cancer. They recently ran a somewhat controversial campaign in which survival statistics for Pancreatic Cancer was compared to other cancers.

“The flash mob was a huge success as we were not only able to put a smile on people’s faces but given the opportunity to hand out leaflets and raise vital funds for the charity.” – Ali Stunt, Founder and Chief Executive of Pancreatic Cancer Action, who was diagnosed with pancreatic cancer in August 2007 at the age of 41 and is now an outspoken advocate for pancreatic cancer.

To find out more about Pancreatic Cancer Action please visit their website: http://pancreaticcanceraction.org/

Help raise awareness of Pancreatic Cancer by sharing this article.