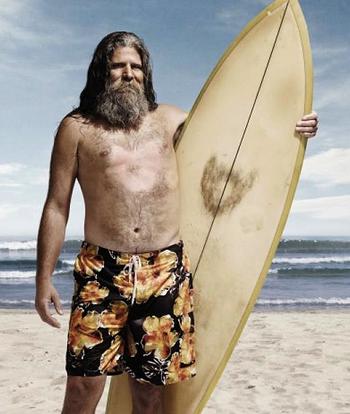 #BigWaxWednesday – The UK’s Answer to Movember

A group of Britain’s leading fundraising pioneers have announced plans for a brand new annual event that they hope will be Britain’s answer to Movember.

Big Wax Wednesday will take place on the 25th June to kick off the start of summer when individuals and groups will be encouraged to wax any part of their body from their back, chest or arms to their thighs, calves or armpits in the world’s biggest ever wax-a-thon. The aim is to raise over £1million for charities across the country.

The concept takes its name from a surfing phrase that refers to waxing your board for the start of summer and was originally the brainchild of British fundraising specialist Nick Burne to help charity Surfers Not Street Children raise money to improve the lives of the poorest children in South Africa.

Surfers Not Street Children use surfing to empower street children to leave street life around the world.

Surfers not Street Children from O’NeillOz on Vimeo.

When fellow British fundraising expert James Bailey, co-founder of the global free fundraising platform Zequs, heard about the idea, he recognised that Big Wax Wednesday had the potential to raise money for not just a single charity, but a large number of charities on a national scale.

James said: “The huge success of campaigns like Movember [which was founded in Australia]has proved that millions can be raised for charity by simply asking people to do something a little quirky, fun and different. Unlike Movember we want people to wax hair off rather than grow it and the event is open to absolutely anyone (not just men) and any charity”.

“Taking part in #BigWaxWednesday couldn’t be easier. Participants simply sign up to the website, select a part of their body they want to wax (any part!) and select the charity they want to raise money for. They then ‘wax and nominate’ their friends to take part using the hashtag #BigWaxWednesday and #WaxandNominate”.

James added: “BigWaxWednesday is open to all charities and we are encouraging organisations to get in touch as soon as possible. Becoming a partner is completely free and means your charity will be at the heart of a nationwide event to wax the nation! Your company will appear on our list, giving people the chance to raise money for your cause. We are also providing lots of waxing tips and advice and recommendations for those wishing to take part”.

Any charities or not-for-profit organisations wanting to be involved as one of the official partners should visit www.bigwaxwednesday.com for more information and to sign up.