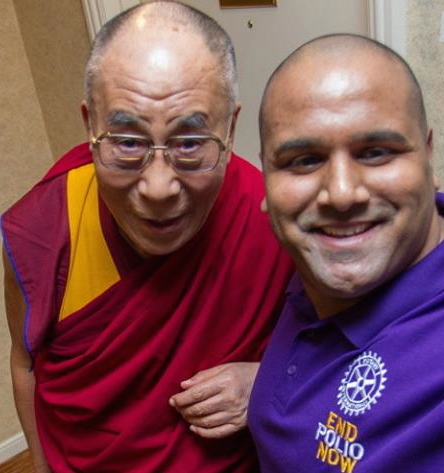 The Best Selfie Ever

Forget the Oscars selfie, this is the best selfie of the year (in our opinion!). In fact, we think it is the best selfie ever! It’s not just a selfie, it’s a selfie with a meaning. The selfie was taken by Polio survivor Ramesh Ferris with the Dalai Lama after they met to discuss the Global Polio Eradication Initiative. 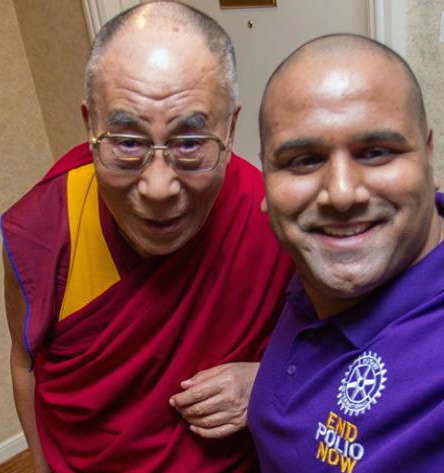 Ramesh Ferris, born in India, contracted polio when he was 6 months old. When aged one and a half years old Ramesh was handed over to an orphanage. “My birth mother tried her best to take care of me for a year but she soon realised she didn’t have the means to raise me and turned me over to the orphanage,” said the 34-year-old.  Within a year Ramesh was adopted by a family based in Yukon, Canada. 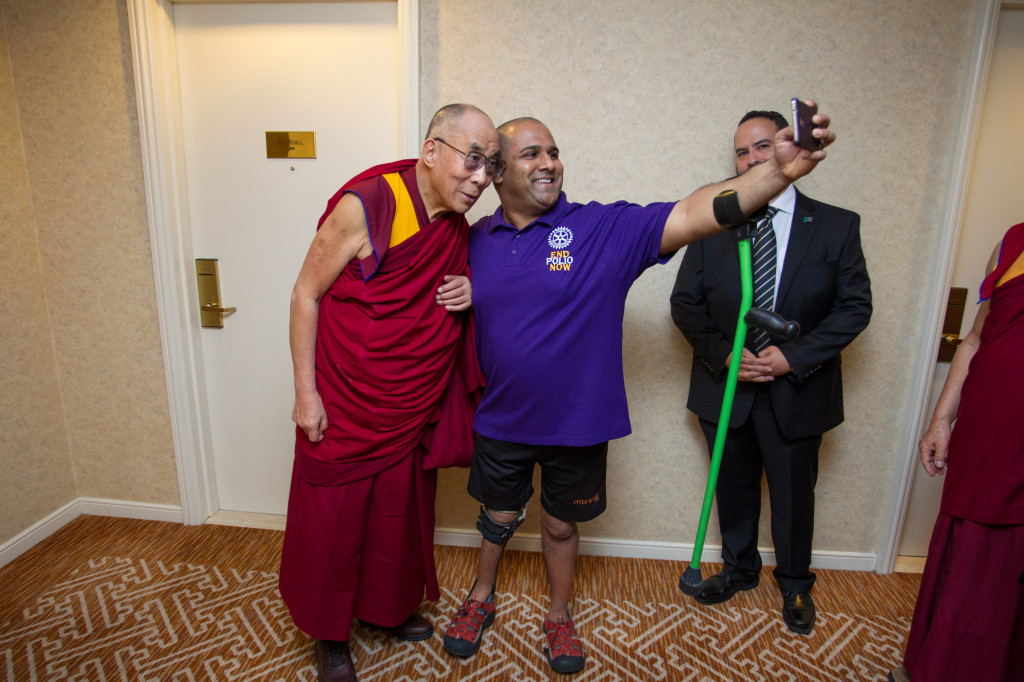 Speaking with the Dalai Lama in February this year was a particularly poignant moment for Ramesh.

“Meeting The Dalai Lama was especially meaningful given that my country of birth, India, the place where I contracted polio 25 years after the world had access to Dr. Jonas Salk’s 1955 Polio Vaccine, was on the cusp of being declared officially polio free by the World Health Organization”.

Three countries in the world still need to eradicate polio – Nigeria, Pakistan, and Afghanistan. Until polio is completely eradicated all countries are at risk of reintroducing the disease.

The possibility of a polio-free India was once unthinkable, so the fact that the country has been officially declared polio-free is a positive sign. However, the World Health Organisation’s Assistant Director General for Polio and Emergencies, Dr Bruce Aylward, says in order to achieve the goal of polio eradication by 2018 there can be no respite in the collective efforts across the world.

“Now the big danger is switched to another virus, called complacency,” Aylward says. “And it’s as hard to get rid of, sometimes, as the polio virus was. So the challenge, then, is maintaining coverage afterwards, until the whole world is certified polio-free.”

Polio is usually spread through contaminated water or food, and children under five are particularly susceptible.

In 2008 Ramesh spent six months hand-cycling across Canada, speaking about polio to local communities along the way.  As an international advocate for polio eradication he continues to share his story and educate parents about the importance of vaccines. In Pakistan, Ramesh worked with a UNICEF team, travelling door-to-door to speak with parents who refused to vaccinate their children. At each house, he showed the families his legs so they were able to see the truly debilitating effect polio can have and encouraged them to vaccinate their children. Ramesh is determined to keep working on the fight to eradicate polio, and asks for everyone to support the campaign to rid the world of the disease. “We all have a part to play to end polio”. 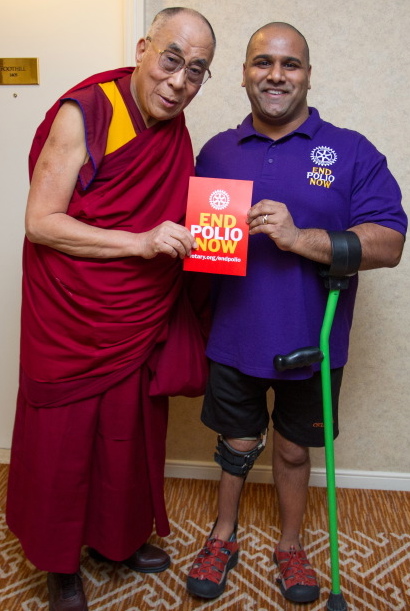