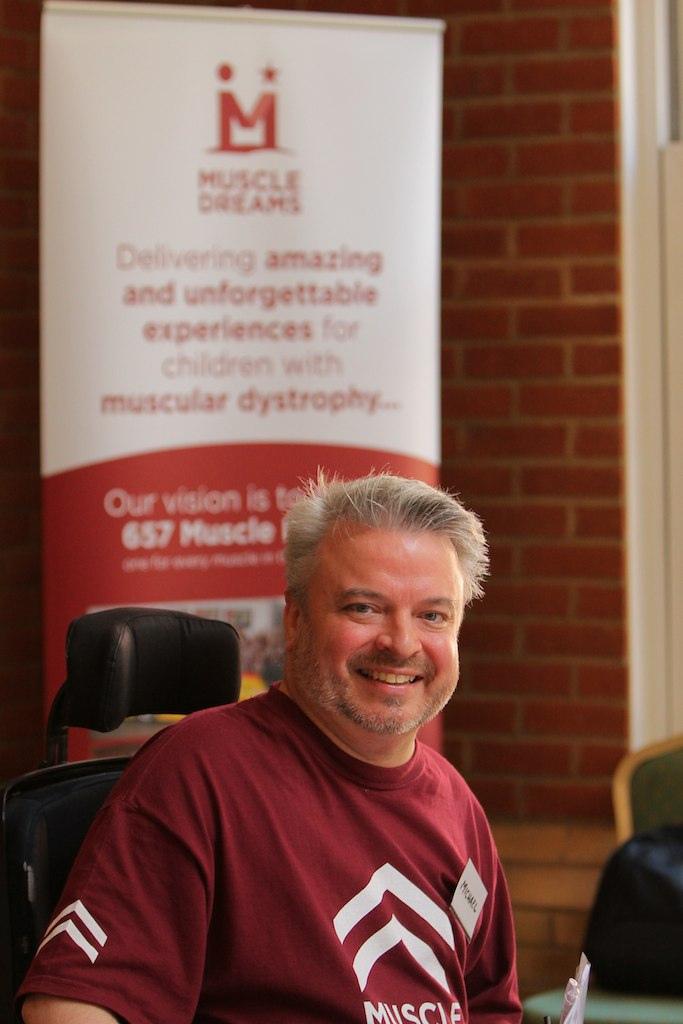 ‘Inspirational’ is a word that gets thrown around a lot in the world of disability, to the point where it loses all meaning at times. But every now and then, you come across a person, an organisation or a movement which truly deserves this tag.

In 1984 at the age of 18, Michael McGrath was diagnosed with muscular dystrophy. In its various forms, MD can rob patients of their mobility, and sometimes their life, as the body’s muscles deteriorate. It affects approximately 70,000 babies, children and adults across the UK. The disease has presented full-time powerchair user Michael with many challenges throughout his life, but he hasn’t let this hold him back. In 2004, he made history when he became the first disabled person to successfully lead expeditions to both the north and south poles – a journey which inspired a whole new path in life.

“You can’t put a price to a memory like that,” Michael explains. “I’d had such an amazing experience, so what if we could create those same experiences for children and young people with muscular dystrophy?” Upon returning from the Antarctic, Michael set up the Muscle Help Foundation, a small, family-based charity which makes ‘Muscle Dreams’ come true for young people with muscular dystrophy, aged eight to 28. From meeting celebrities to attending sold-out concerts, supercar racing days to huge sporting events, no dream is too big or too small – and every dream comes with a deeper level of understanding of MD as a condition and the impact it has on young people and their families. Potential beneficiaries come to the charity directly, through partnerships with other charities such as the Muscular Dystrophy Campaign and the Jennifer Trust for Spinal Muscular Atrophy, as well as strong links with a network of hospices specialising in respite for families affected by muscular dystrophy.

“We’ve got our unique Muscle Dreams, which are singular experiences for one person, and then we have our Muscle Dream programmes where several beneficiaries come together,” says Michael, who’s affectionately called the Chief Muscle Warrior within the charity. “August 2012 saw 75 families from around the country descend upon the Paralympics. It’s very powerful when you see several families coming together, it has real impact.”

Family is at the core of everything Michael does. “It’s not just about the experience, but it’s about those connections with the mums and dads,” he says. “About 70% of Duchene muscular dystrophy families, for example, are broken families – dad has cut away and mum is there having to manage on her own. While there are great support services out there, some families have better coping strategies than others. What we try to do, in our own small way, is to deliver as rich an experience as possible.”

While the charity goes from strength to strength and interest grows – they even have their own powerchair football team, the Muscle Warriors – one of the biggest challenges Michael faces is funding. In order to realise Muscle Dreams, time, money and energy are needed. Time, however, isn’t always something that beneficiary families have. “We’ve got a waiting list now, which is evidence of need,” Michael says. “But time is so, so very precious for our families.”

Of course, there’s one thing which Michael – or, more accurately, Michael’s wife and daughter – has to think about throughout all of this: his own health. As well as running the charity, Michael has a public speaking and engagement business, where he delivers motivational speeches on subjects such as leadership to major organisations like the NHS. Between travelling the country for work commitments to working tirelessly to realise Muscle Dreams, Michael is a busy man. “I’ll be honest, where I am today is a very different place to where I was a couple of years ago in terms of my awareness of my own strength and my physical  capabilities,” he admits reluctantly. “While the mind is strong, the body is starting to become a little bit more weary. But ultimately, when you’re driving something forward which you absolutely believe in, you’ll do it. While there’s still fire in my belly, I’ll continue to do what I do.”

With such huge ambitions, big ideas and dedication to his work and family, what are the words that keep the Chief Muscle Warrior going? “‘Quant je puis’,” Michael quotes the French. “That’s an expression which, literally translated, means ‘as much as I can’. I try to get the most out of each and every day. That very much underpins everything that I try to do.”

Michael McGrath will be participating in the ‘Just Walk’ (10 May) and ‘Run for their Lives’ (13 July) events to raise money for MHF. To find out more please visit www.musclehelp.com