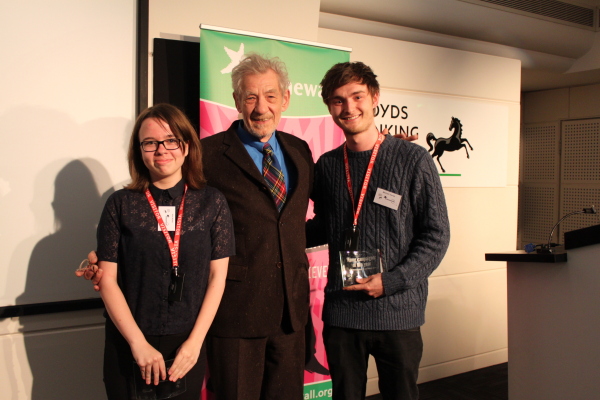 On April 25th Sir Ian McKellen took time out of his busy schedule to present the Young Campaigners of the Year 2014 award at the Annual Youth Awards. Each year the award ceremony recognises individuals who have helped to promote equality across Britain.

The awards mark the end of a free six-month Stonewall Youth Volunteering Programme, supported by Lloyds Banking Group, to help individuals develop campaigns which tackle homophobia. The Programme launched in 2009 and has since then helped hundreds of young people.

This year the Young Campaigners of the Year was awarded to Alice McKee and Michael Young (see below, with Sir Ian McKellen). 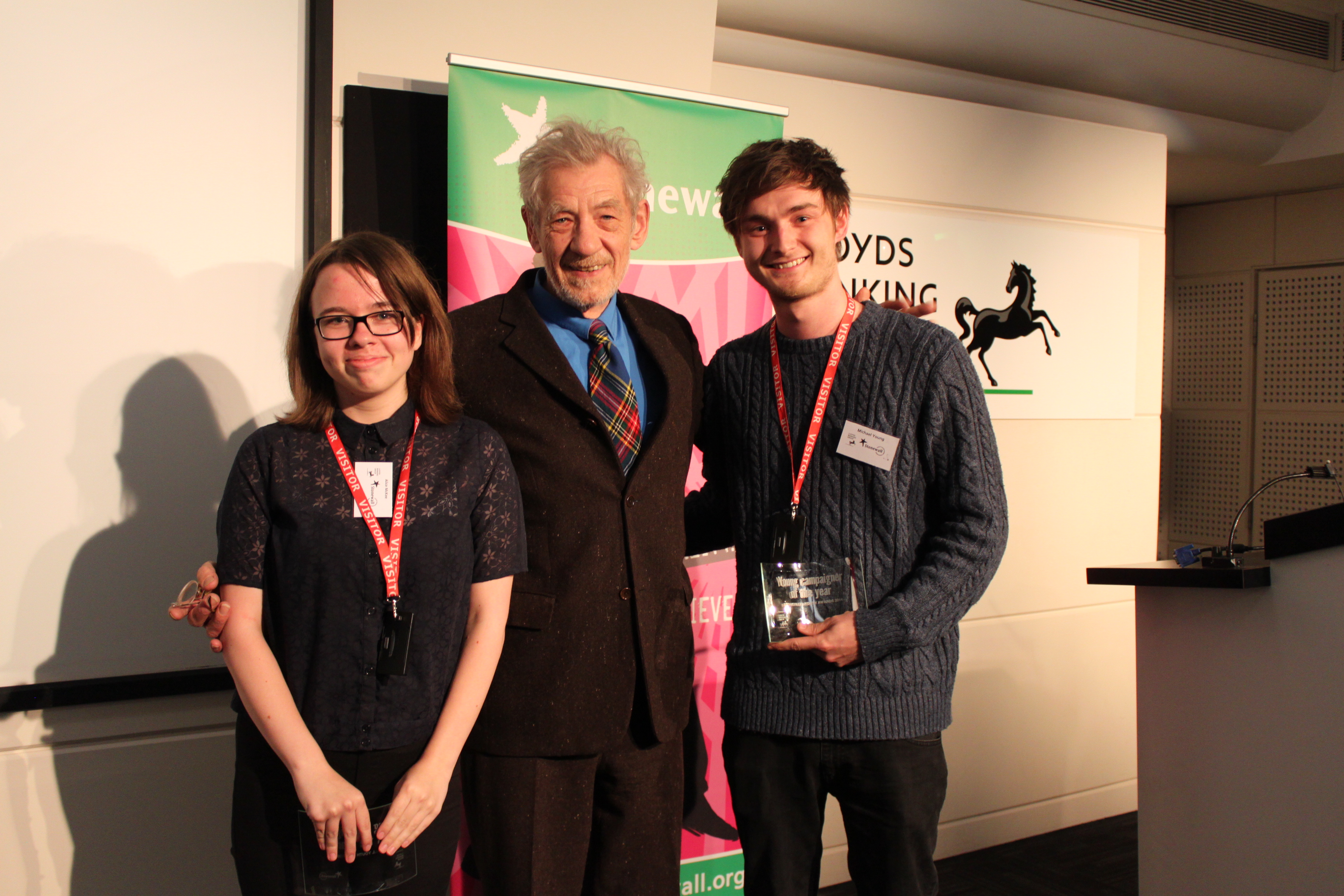 Alice, aged 18, was recognised for her campaigning activities which include setting up a website that links local schools’ LGBTQ student societies while Michael, aged 21, Impressed judges with his commitment to combating homophobic bullying in his local area through carrying out research and producing a report.

“To be recognised for my work as a Stonewall young volunteer is very rewarding” Michael said after being presented the award. “Not only is the work that Stonewall does very important to me, it is also very inspiring to know that I have been involved with other young people to change attitudes. I feel really proud of this achievement.”

The Stonewall Youth Awards marked the end of this year’s Stonewall Youth Volunteering Programme, supported by Lloyds Banking Group. The free six-month Programme launched in 2009 and has helped hundreds of young people develop and run campaigns to tackle homophobia.

Stonewall Head of Education Luke Tryl said: ‘Over the past six months this group of Youth Volunteers have challenged the idea that homophobic bullying is a fact of school life. Across Britain they have run campaigns which have reached over 10,000 of their classmates and inspired a new wave of young people to take action against homophobia. We’ve been overwhelmed by their passion, drive and creativity.’

The 2014-15 Stonewall Youth Volunteering Programme will be launched during Youth Pride in London on 28 June. Applications will open online at www.youngstonewall.org.uk in July.