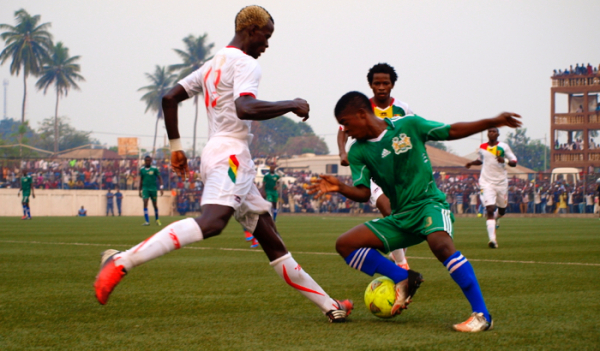 A New Start Through Football For Underprivileged Children in Sierra Leone

We have all seen the headlines of highly paid footballers getting up to no good. But here’s a story about a footballer you might have missed…

In 2007 Wales football star Craig Bellamy visited a friend in the West African nation of Sierra Leone. During this trip Craig had an idea – to use football to inspire positive personal and social change among the children.  The Craig Bellamy Foundation (CBF) was formed, and offers underprivileged children in Sierra Leone the chance to reach their true potential through sport and education, enabling them to build a better life for themselves and their communities.

On Saturday 5th April the Craig Bellamy Foundation achieved an incredible milestone as two of their inspiring young students were selected to represent their country for the first time. 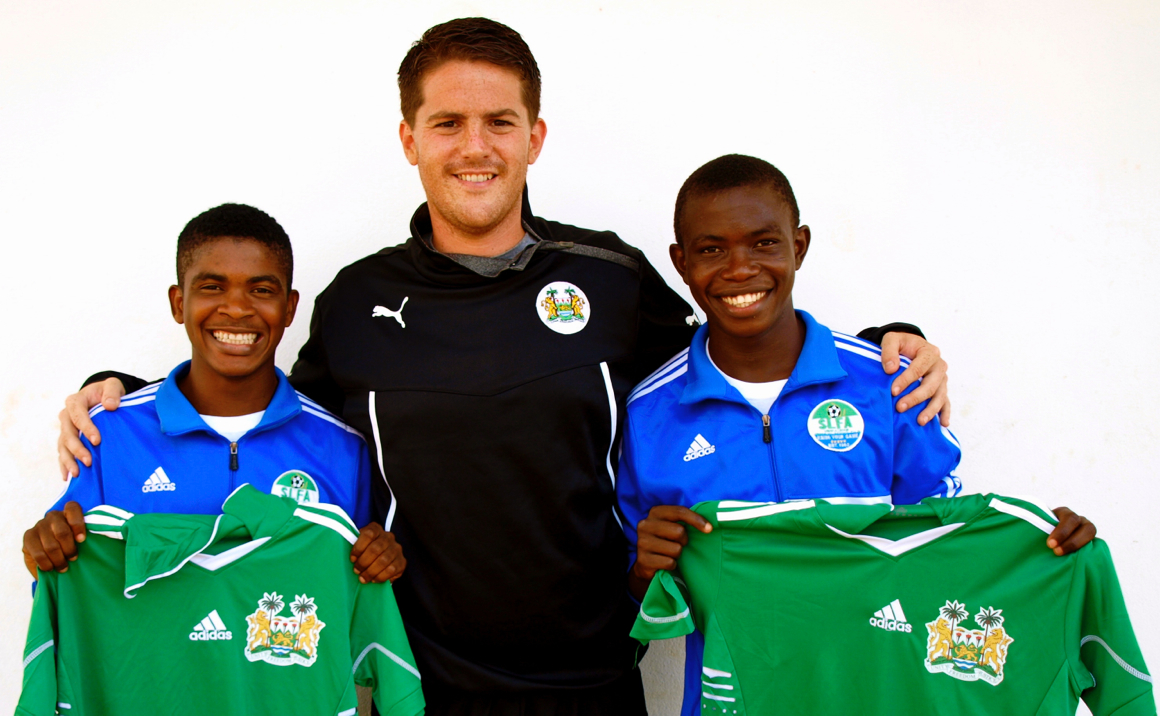 Santigie Koroma (Aged 17) and Sulaiman Samura (aged 16) had been in training with the Sierra Leone U-20 national team, known locally as the ‘Shooting Stars’ for several weeks, and after some impressive performances on the training ground were selected by national coach Charlie Wright to be part of the 18 man squad to face Guinea U-20 in the African Youth Championship Qualifying match. 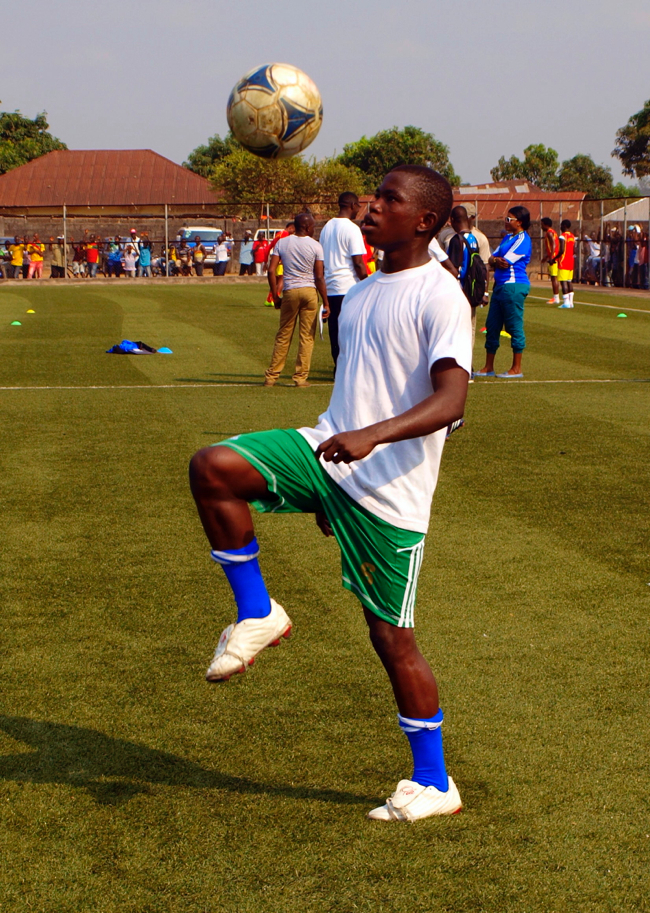 With both players named amongst the substitutes for the game, played in Makeni, the rest of the Academy students and staff made the 3-hour journey from Tombo to cheer on the Shooting Stars, but more importantly, lend their support to their Academy brothers who were breaking ground for Craig Bellamy Foundation as the first Academy students to pull on the green, white and blue of Sierra Leone. 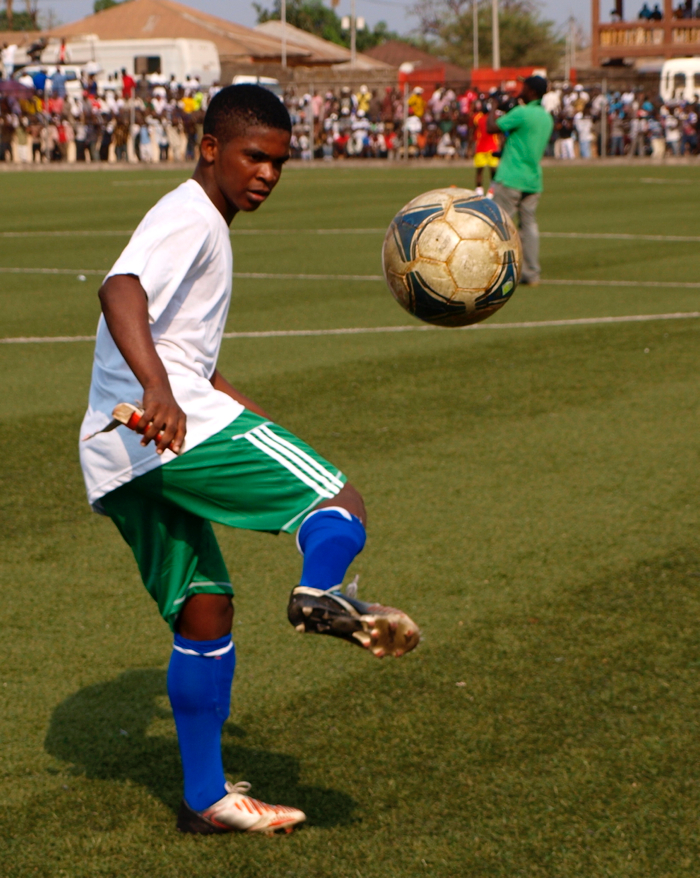 Speaking ahead of the game, Academy Manager Johnny McKinstry commented that it was a huge achievement for the two boys to have been selected as two of the youngest players in the squad, and that they through their hard work and determination fully deserved their opportunity, setting an excellent example for all the other boys at the Academy who will want to follow in their footsteps in the years to come.

The game itself proved to be a pulsating affair in front of a large crowd with chances at both ends of the field.  Sierra Leone thought they had taken the lead early on only for the goal to be disallowed for offside.  The Shooting Stars were not to be denied however and midfielder Sorie Barrie put them on their way with a well taken goal on 37 minutes to make the score 1-0 to the home side.

Into the second half and as both sides continued to push for another goal, the moment that everyone at the Craig Bellamy Foundation had been waiting for arrived.  With just over 70 minutes on the clock the home coach signalled for a change, and clad in the number 13 shirt, Santigie Koroma became the first student from the Craig Bellamy Foundation to receive international recognition.

Santigie, playing on the left side of attack aquitted himself well, and was unfortunate not to be through on goal only a few minutes after coming into the field – with only a bad bounce of the ball preventing him from breaking clear of the defence after he had beaten his man with a display of good agility and balance. 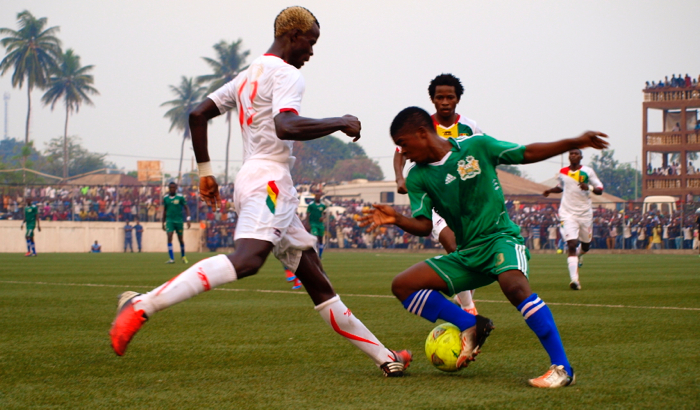 The game finished 1-0 to Sierra Leone, ensuring that the 2nd leg encounter in Conakry in two-weeks time is left with everything to play for, and hopefully following this performance another international cap for Santigie.  Both he and everyone at CBF will also be looking out for Sulaiman Samura who whilst not receiving any minutes on the field in the first leg, is confident of receiving game time in the coming weeks.

A big congratulations must go out to both boys who have fully deserved this opportunity through their commitment to excellence both on and off the field at the CBF Academy.  Academy Manager Johnny McKinstry noted after the game that everyone at CBF was extremely proud of the two boys, and that he knows that both have great futures ahead of them in the game, both in the colours of Sierra Leone and in the professional game for years to come…