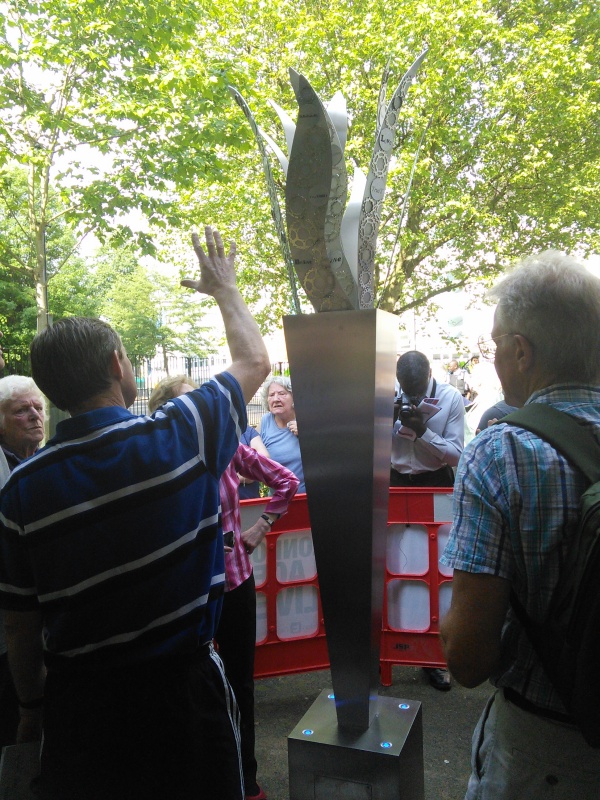 A sculpture dedicated to and inspired by Sir Bradley Wiggins was unveiled today at St Augustine’s CE High School, his former school. Charities Groundwork London and South Kilburn Trust teamed up with the school with the aim of engaging students to think about their future hopes and dreams.  Work produced by students during workshops run by Groundwork London was used in the sculpture, which was designed by Sophie Marsham. 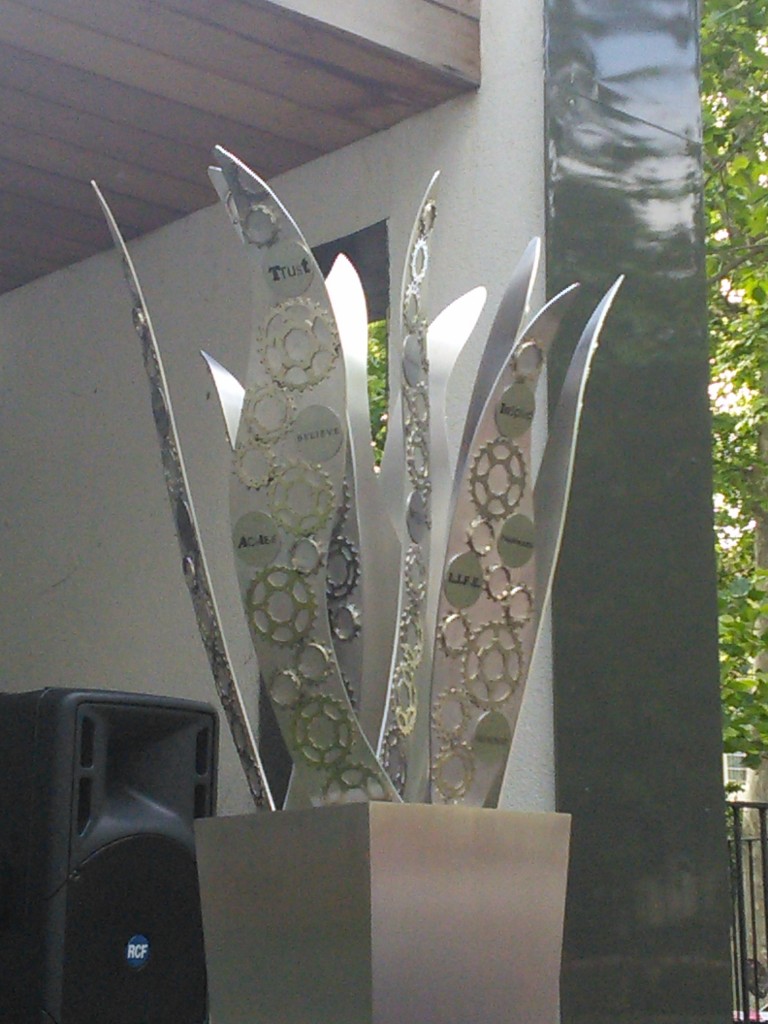 The spark of the students’ future aspirations, along with Sir Bradley Wiggins’ Olympic success, is represented by the torch design (above).

A message from Bradley Wiggins was read out, in which he described Mr Hatch, his old PE teacher who still teaches at the school and also spoke at the event, as his role model. He also offered the students at his old school some advice: “Go out and do it, no one wins an Olympic medal by sitting on the sofa”. 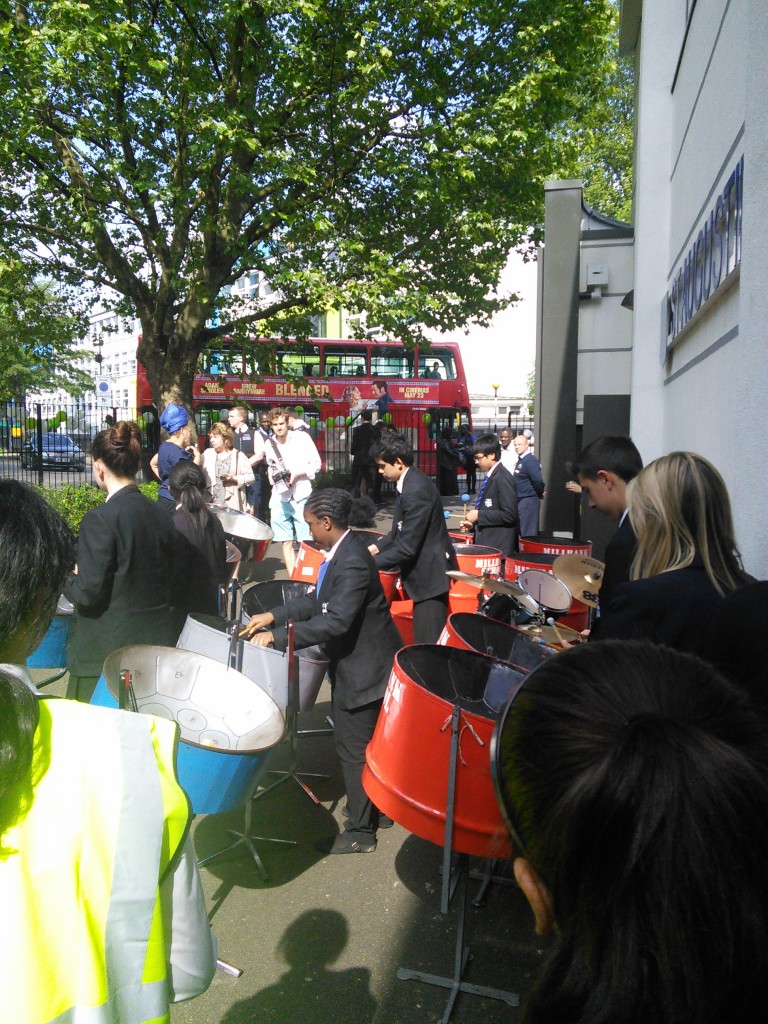