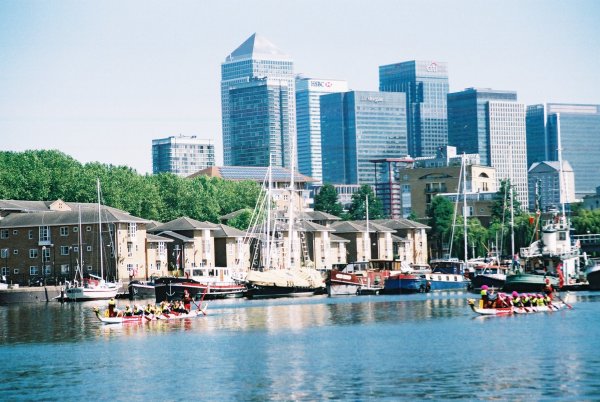 If you had gone down to Surrey Docks on Sunday, you would have seen the otherwise functional waterside brought to life with colourful banners and hoards of happy, excited people. On that sunny morning, a few hundred people joined national charity the Children’s Heart Federation for their annual dragon boat race.

As I am sure everyone noted, Sunday was a gorgeous, hot, clear day. When I arrived at the water’s edge, I was met by colour, noise, and the alluring smell of a smoking barbeque. Three long boats with golden dragon heads and tails at each end bobbed expectantly in the water. Soon they would be whizzing along as, with splashes and cheers, the rowers propelled themselves through the water. 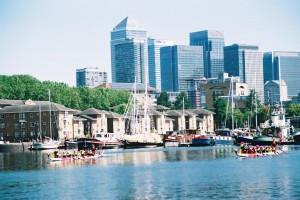 As I explored the crowds, the first race was about to kick off. Several groups of participants were huddled together, kitted out in style.  I passed a “Where’s Wally” collective, followed by a crew of pirates. Another group was just a sea of purple wigs, while one formidable team was dressed all in black with purple headbands, like ninjas of the water.

These were teams of parents, supporters, heart families and corporate companies. They had all gained sponsorship for their participation, and had come to raise money and awareness for the charity. As they were being prepped by the safety officer, I heard him explain plainly to them: “You will get wet.”

The event exceeded all of my expectations- what I thought would be two or three boats racing, turned out to be twelve boats. They raced in pairs until the semi finals, followed by finals at the end of the day. 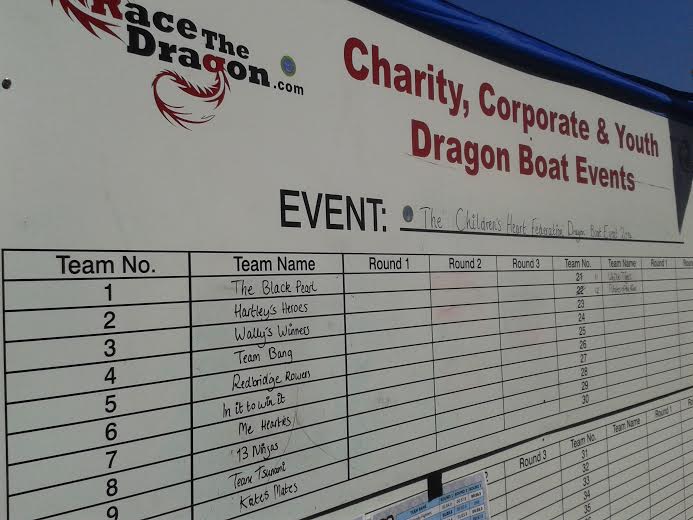 The complete line-up of teams for the day

The size of the operation explained why the CHF team were kitted out for an all day event. In fact they had thought of everything: a cake stand; a huge BBQ, paella dish and drinks bar; a bouncy castle for the little ones; and face painting for everyone. As the day went on and the races became more heated, there was time for participants to watch magicians perform, and listen to a performance from London’s Rock Choir. 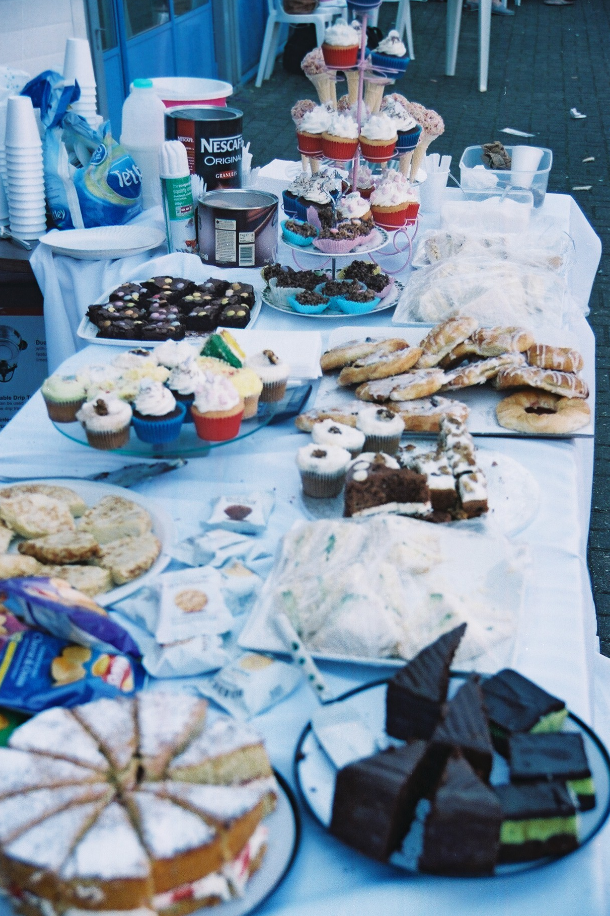 The delicious bake-sale which took place on the day

This seemed to me to be a fantastic way for the charity to celebrate the end of one of the busiest weeks in their calendar: Children’s Heart Week. The CHF team spent the week fundraising at tube stations, holding meetings at Parliament and exhibitions at hospitals; they hosted boat trips, tours, trips to the sea life centre, teddy bears picnics, and an open top bus ride.

On top of such a successful week, the relatively small charity recently received the fantastic news that their campaign to have automatic heart screening for new-borns has been given the go-ahead by Public Health England.

The Dragon Boat race seemed to me to be a brilliant way for this charity to celebrate having punched so successfully above its weight so far this year. With every race that day, the shouts of the crowds and the drum beats of the boats echoed vibrantly off the surrounding walls of the dock. This was not about winning; everyone racing was there to contribute to a cause that truly meant a lot to them. It gave the event a real family atmosphere, which was more contagious than that of any other sporting event I have ever attended.