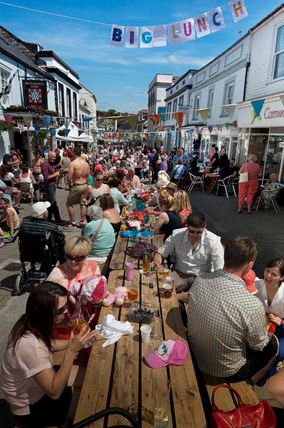 The Big Lunch project began in 2009 with the simple idea of encouraging people to host a lunch with their neighbours on the first Sunday of June. This year it will take place on Sunday 1st June. This project encourages inclusion, friendship and the building of community bonds. Since 2009, the Big Lunch has rapidly gained momentum. In 2012 it was announced as part of the official programme of the Queen’s Diamond Jubilee and in 2013, an estimated 3.65 million people took part. Not only do increased connections create happier and safer communities, these also counteract loneliness and social isolation. 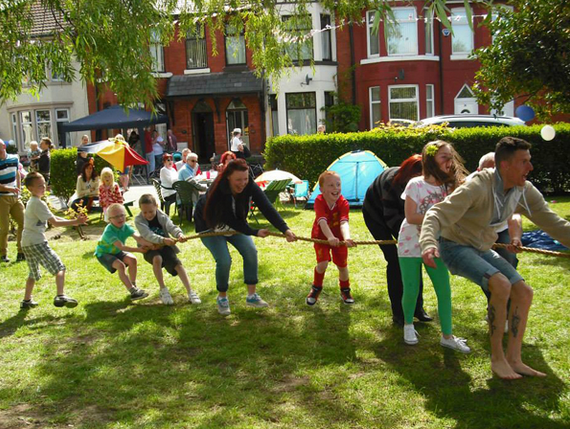 Although many may be sceptical about the impact of a single lunch each year, the Big Lunch has already shown to have a large effect on the community as a whole. Although the importance of small talk with neighbours is easily underestimated, in a study of 2,000 British people, one in 20 claim that talking with a neighbour is the highlight of their day. Moreover, for the elderly, infirm and unemployed who have less access to social interactions, these gain in value. The survey demonstrates that for the third of the population that lives alone, social interactions with neighbours act as a lifeline. As Sir Tim Smit KBE, founding director of the Eden Project and co-founder of the Big Lunch says, the Big Lunch is “the ice-breaker that is needed to convert strangers into possible friends or acquaintances.”

The Big Lunch allows communities to add their unique character to the lunch, adapting to their unique vision and specific needs. Since 2009, there have been countless successful Big Lunches. For example, last year in Staverton, the Big Lunch was largely centred around the objective of improving the community for children. An outcome of this was to start the Big Draw to get children involved in art and socialising. In contrast, in Whitehead the Big Lunch was largely centred around the objective of a community clean up, persuading the community to take better care of their environment. In the feedback from the 2013 Big Lunch alone, 96% of people would recommend the Big Lunch to their friends, as well as 86% claiming it made them feel better about their neighbourhood. All of this goes to show that although the Big Lunches may used to achieve a variety of goals, the outcome of these lunches on the community are likely to be long lasting.

Not only has the Big Lunch been met with great interest within communities, the Big Lunch has also received great celebrity attention. Her Royal Highness the Duchess of Cornwall is currently the patron of the Big Lunch, and says she has “always enjoyed seeing people sharing food, having fun and simply chatting with their neighbours. After Big Lunches people are inspired to get together and help each other. Walk to school rotas, babysitting circles and cleaned up children’s playgrounds are all the result of these small beginnings.” Equally, Boris Johnson supported the project and encouraged people to join in: “If you want to bring your local community together sign up to be part of the Big Lunch.”

Although the project has already been met with great success throughout the UK, there are great hopes that the project will continue to expand. It’s not too late to organise a Big Lunch. The Eden project is there to support all those who wish to begin building community bonds! A free lunch pack is available online which includes invites, posters, seeds, stickers, a bunting template, information and an inspiration booklet. Equally, there are many more handy tips and resources on their website: www.thebiglunch.com.

Take a look at the video below for further information about The Big Lunch: