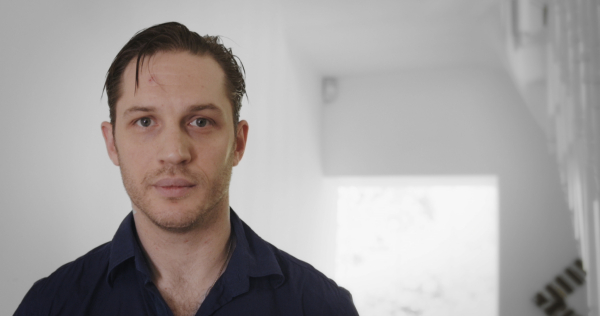 By Nisha Kotecha on May 30, 2014 0 Comments
Tom Hardy in the new Invictus Games video 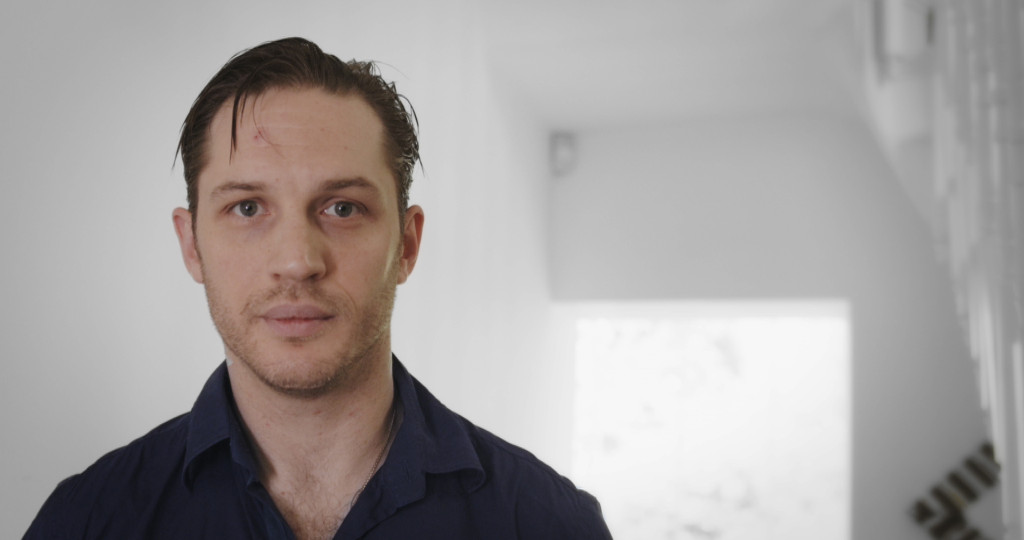 A-list celebrities have pledged their support for the Invictus Games in a new film that has been released today.

Sports personalities Ricky Hatton, Lizzy Yarnold, Louis Smith and Iwan Thomas, along with actor and comedian Omid Djalili, are also in the film, in which they all recite ‘Invictus’ by English poet William Ernest Henley.  The famous 1875 poem proclaims strength in the face of adversity.

Daniel Craig, who begins the recital ‘Out of the night that covers me’, is urging the UK public to get behind the event: “Our Armed Forces community have made huge sacrifices in recent years. Please give something back to those who give so much.  Support this September’s Invictus Games.”

Tom Hardy delivers the poignant closing line: ‘I am the captain of my soul’.  He says: “I want to encourage you (the public) to get behind our Armed Forces for the September Invictus Games.  You can get your tickets online.”

Will.i.am has a message of support for everyone taking part: “This is all about using the power of sport to inspire recovery and support rehabilitation.  I want to wish all the competitors the very best of luck for this inspiring event.” 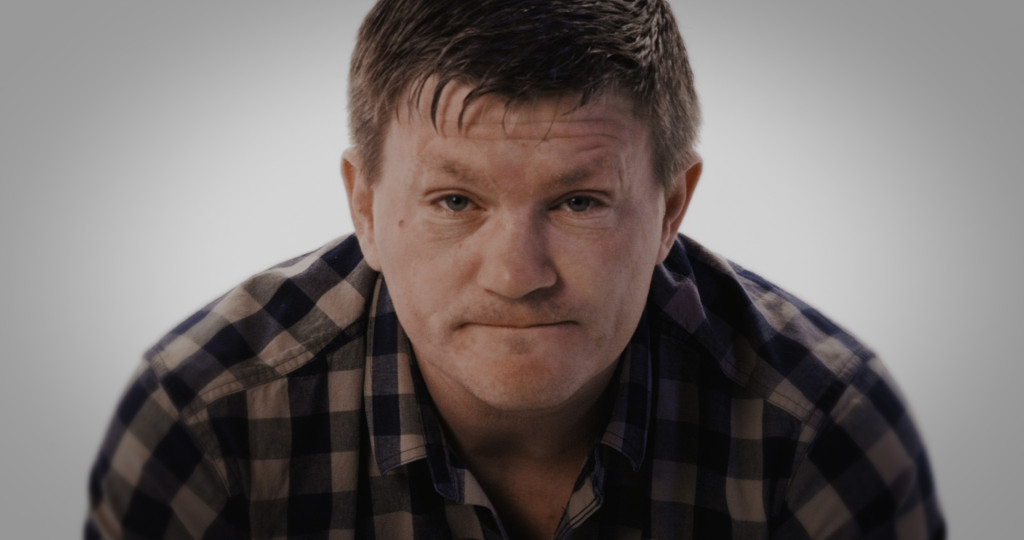 Boxing champion Ricky Hatton adds: “When you hear about the journeys of recovery that these Servicemen and women have been on it’s inspirational.  People talk about grit and determination but here are people who flat out refuse to be beaten by their injuries.  To see how sport has played a key role in that is great.  That’s why I’m backing the Invictus Games; I hope the UK public does the same and gives the competitors the support they deserve.”

The Invictus Games are being organised with the support and backing of The Royal Foundation of The Duke and Duchess of Cambridge and Prince Harry and the Ministry of Defence.  The event will feature nine adaptive sports at Queen Elizabeth Olympic Park and Lee Valley Athletics Centre.  Teams have been invited from 14 nations that have served alongside each other. 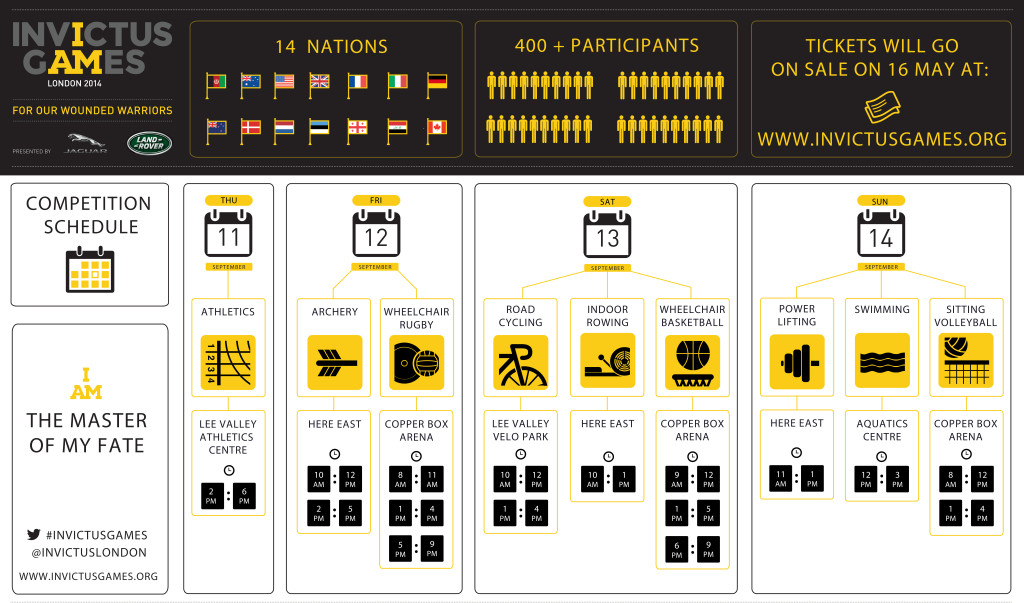 Invictus is Latin for unconquered, a word that embodies the fighting spirit of wounded, injured and sick Servicemen and women and what they can achieve, post-injury.  The Invictus Games are a unique chance for the public to celebrate this ‘invictus spirit’ through sporting achievement, at venues made famous by the London 2012 Olympic and Paralympic Games.  Tickets cost £12.85 and are on sale at www.invictusgames.org