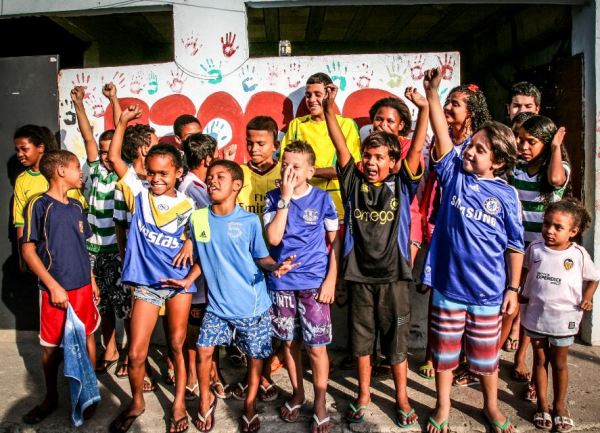 Over the last two months Project Fair Play has collected a staggering 15,000 football shirts (with more still coming in) in its four-yearly ‘Shirt Amnesty’ that coincides with the World Cup.

Fans were asked to dig out their unwanted or outgrown football shirts to donate via a network of 200 drop-off points across the UK.

Strips are now making their way directly to disadvantaged youngsters living in Brazil’s favelas (or slums) ready to be worn with pride as the 20th World Cup kicks off in Rio de Janeiro on 12th June.

Some of the donated shirts will be recycled for cash, funding education projects in the favelas as well as raising cash back home for the Wheelchair Football Association (WFA). Over £3,000 for these projects has already been raised.

The first batch of shirts have been given out in Rio. Diego Ornellas, Sports Coach at Project Favela in Rocinha, says “You just have to see the look on a child’s face when they’re given a football shirt of their very own to realise how much it means to them.  Football is a huge passion here and with Copa del Mundo taking place in a just a few weeks’ time Project Fair Play has helped to bring the spirit of the World Cup to our youngsters.” 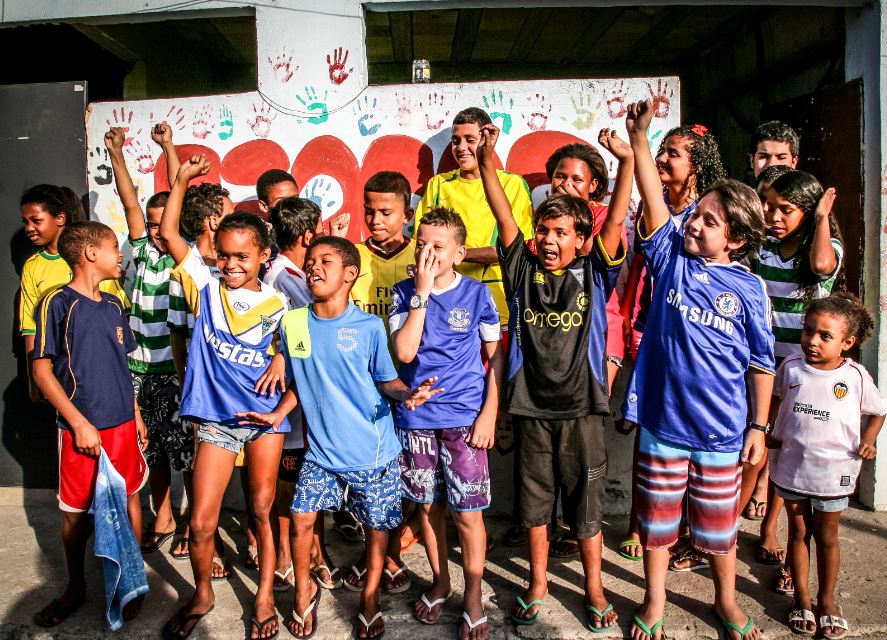 Project Fair Play initially launched four years ago when 20,000 football shirts were collected for the 2010 World Cup in South Africa and distributed to townships throughout Johannesburg and Cape Town.  The volume of shirts donated was staggering – the total shirt collection weighed the equivalent of 68 Steven Gerrards!

It returned this year to bring the joy of football to youngsters in Brazil living in favelas and facing issues like homelessness, disease, poor drinking water, malnutrition, no schooling and coercion into the armed drugs trade. Project Fair Play 2014 is also supporting football fans in the UK by giving those with disabilities the chance to enjoy the sport via the use of specially adapted powerchairs.

Manchester City’s Brazilian midfielder Fernandinho Luis Roza says, “Project Fair Play is a great way to re-gift a pre-loved, unwanted or outgrown football shirt to someone who can’t afford their own. Most fans will have a few shirts they no longer wear, and this is a great way for them to be put to good use.

“With the anticipation building for the World Cup in Brazil – my home turf – I hope British fans will get behind the scheme. It is a perfect opportunity to help underprivileged children and adults share in the excitement of the world’s biggest football tournament.”

Neuza Nascimento from CIACAC based in Parada de Lucas, adds “When the shirts were handed out the kids skipped off for a kick-about with huge smiles on their faces – they really are football crazy. Parada de Lucas is an impoverished community and, because of the dominant armed drugs trade, our children often lose their innocence so young.

“These youngsters would not otherwise be able to own a football shirt, and it is fantastic to see them simply being kids and getting involved in a sport that means so much to millions and unites people across the world.”

Find out more about Project Fair Play via: