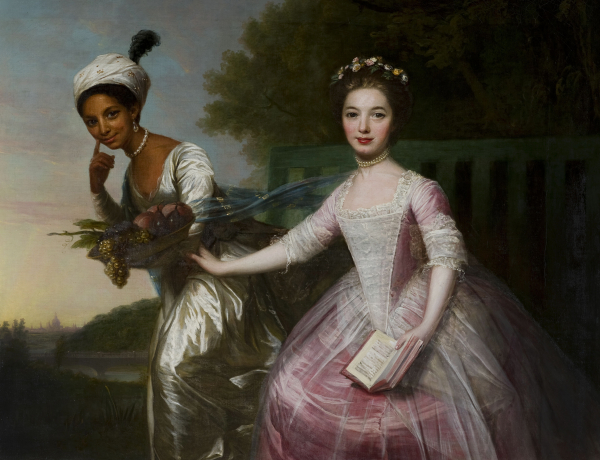 Belle, A Film That Makes You Think 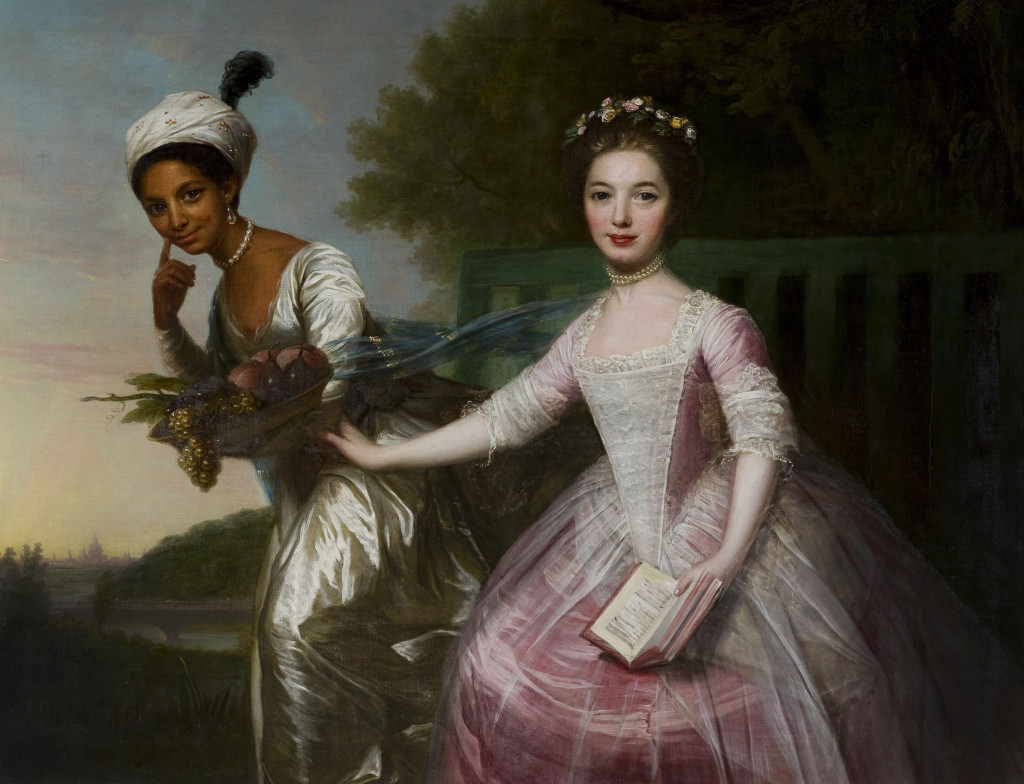 Twentieth Century Fox and The Damaris Trust held a private exclusive screening of the inspiring film Belle at Fox Headquarters.  Belle, a film inspired by the true story of Dido Elizabeth Belle, the illegitimate mixed race daughter of a Royal Navy Admiral, is a perfect example of a film stimulating thoughts and discussions on the world.

Prior to the screening, Nick Pollard, Founder of The Damaris Trust, spoke about the charity, and why he and his wife Carol decided to set it up 14 years ago. The Damaris Trust works in partnership with film companies to produce community education resources related to contemporary films. Nick and Carol saw community groups were trying to change people’s lives, and recognised that films could be an excellent tool to do just that. Nick said, “Films can stimulate people to see different perspectives, and can lead to people questioning what they can do to help change other people’s lives”. 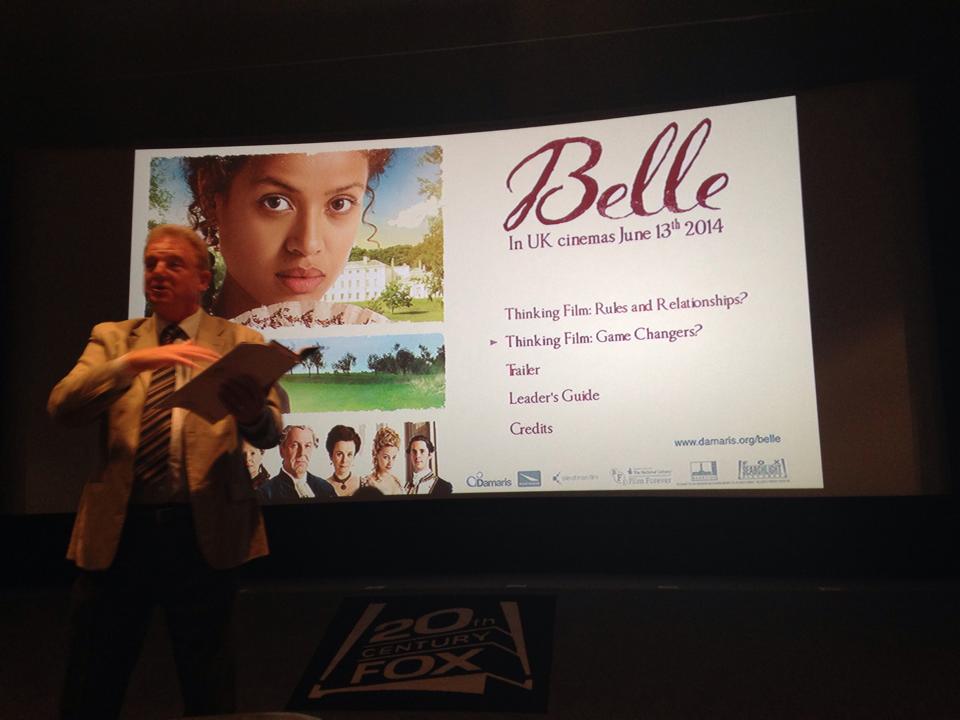 Nick Pollard, Founder of The Damaris Trust, speaking at the pre-screening of Belle

The film takes us to life in 18th-century Britain, where Dido is brought up in Kenwood House, Hampstead, alongside her cousin, Lady Elizabeth Murray, whose mother had died. Raised by her aristocratic great-uncle Lord Mansfield (Tom Wilkinson) and his wife (Emily Watson), Dido’s lineage affords her certain privileges, yet the colour of her skin prevents her from fully participating in the traditions of her social standing. 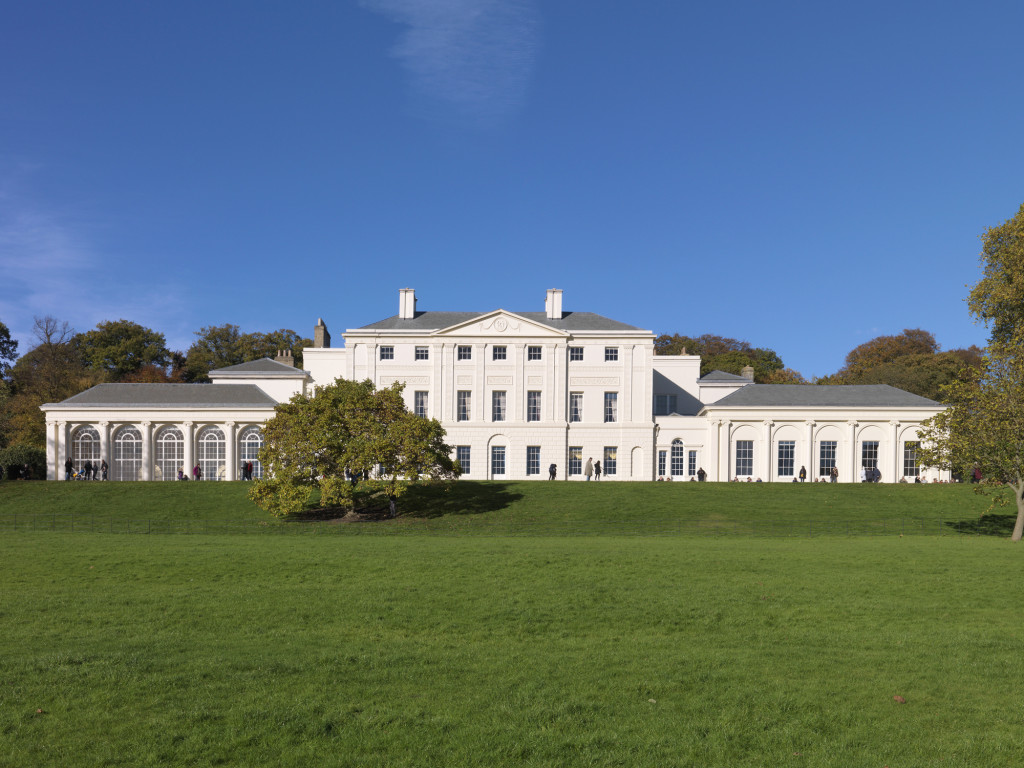 Dido is generally treated as a member of the family, and the affection her family has for her is clear to see. However, despite their affection for Dido, Lord Mansfield and his wife consider how others in society will view her, and she is treated differently because of this. Dido’s odd status in their world is difficult to watch at times.  “I am too high to eat with the servants, too low to join you at dinner,” Dido, played by Gugu Mbatha-Raw, tells the Earl of Mansfield.

In the film Dido falls for an idealistic young vicar’s son who, with her help, shapes Lord Mansfield’s role as Lord Chief Justice to end slavery in England.

The film considers a range of themes, including racism, sexism, and classism.  These can lead to the viewer considering and discussing society, whether things have changed much since the 18th century, and what they would like to change in the world.

The Damaris Trust is currently using film to work with young people through The Scouts and with older people through Age UK, and are looking to start intergenerational projects in the future.

For more information about The Damaris Trust please visit: www.damaris.org

‘Dido Belle – her story’ exhibition is running until the 31st October at Scone Palace. Please visit: www.scone-palace.co.uk for more information.

A selection of Dido souvenirs is available from the Scone Palace online shop: www.scone-palace.co.uk

It is great to see Belle included in the top 10 films of 2014 by Mark Kermode.