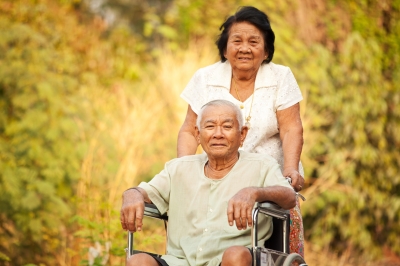 According to the Carer’s Trust there are over six million people acting as either part-time or full-time carers in the United Kingdom. There is no stereotypical instantiation of a carer. Carers can be anyone, from teenagers looking after a parent to an elderly person helping their ill children or partner. Many don’t even recognise themselves as carers and instead see the help that they provide simply as part of supporting those around them. This is where Carers Week 2014 comes in, and why it is so important.

Unpaid care provision: by age and sex in England and in Wales, 2011 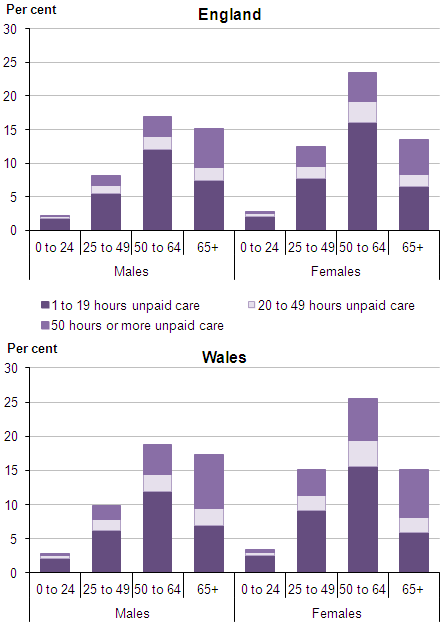 Carers Week 2014 is an initiative that recognises and celebrates the tireless efforts of people in caring roles across Great Britain. From 9th June to 15th June 2014 the Carers Week Quest will take place; organisations and charities created to support carers whilst they support others will reach out in an attempt to help carers gain access to the support systems they may not have known were available. This could mean putting people in touch with local support groups that run coffee mornings where carers can discuss and share how their responsibilities impact their lives, events that inform individuals as to who is in a caring role and precisely what services and financial support are available to them, and pampering events that allow carers to relax and look after themselves.

A carer is anyone that helps someone else in their daily life, from small tasks like going to the shops and buying food, to bigger tasks like feeding, dressing and assisting someone with taking their medicine. They may look after someone with a physical illness, a mental health problem, learning difficulties, substance addiction or the effects of old age and associated illness like dementia. Carers are unpaid and, as a result, the impact of their dedication has saved the government £119 billion, a figure which exceeds the NHS’ annual budget. It is evident that the services carers provide are invaluable, but they are not without cost to the carers themselves.

Some of those in a caring role will fulfil this whilst maintaining employment – an extremely demanding task. For those that are unable to do this due to the demanding nature of care they provide, money can become a stressful problem and can cause people to resort to using their savings or applying for loans just to cover the daily costs of living. But the impact of caring is not just financial. Over 90% of carers suffer from stress because of the responsibilities they have, with personal relationships also being hard to maintain when so much time and energy is dedicated to fulfilling their role.

Percentage of men / women in selected economic positions providing unpaid care, and ratio of percentages of a) those providing 50 hours’ or more care per week who are in “Not good” health to b) those who provide no unpaid care 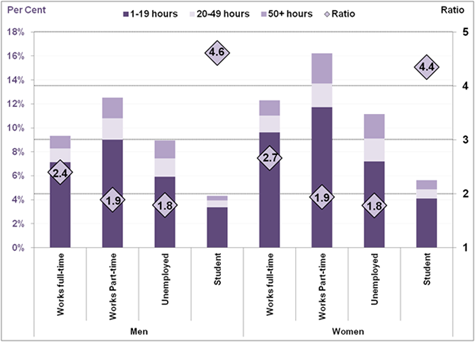 Note: Ratio values higher than 1 suggest health is worse amongst those providing 50 hours or more unpaid care. The ratio represents how many more times health is ‘Not Good’.
Source: ONS

The diversity of those that provide the invaluable help of caring for others is huge, and, as such means that many people do not realise that they can seek help with the impact it has. With support from charities such as Age UK, Macmillan Cancer Support and Carers Trust, Carers Week 2014 is set to raise more awareness and help more carers than ever before. Visit www.carersweek.org for a full list of all the organisations involved with Carers Week 2014 and information on events local to you taking place, or for information about the vital role of carers and support available to them.

All information taken from the Carers Week 2014 website and the ‘Prepared to Care?’ booklet.