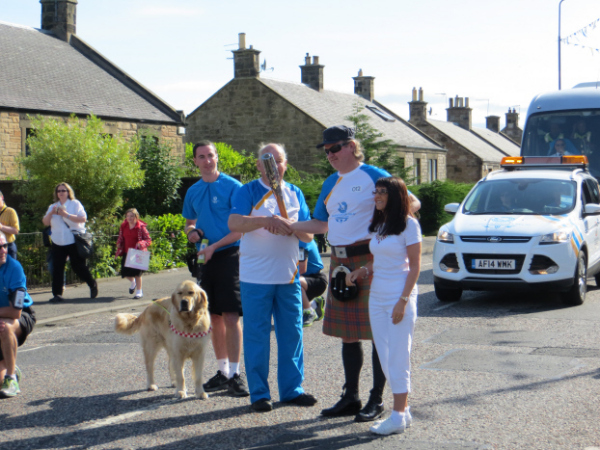 Deafblind Man Gets Into The Commonwealth Games Spirit

Frank Thomson, a deafblind man from Midlothian, was delighted to carry the Commonwealth Games baton on Monday 16th June in Loanhead.  Frank, who turns 50 this month, has been a deaf sign language user all his life and it was a huge blow when in his early twenties he began to realise his vision was deteriorating. He worked as a tradesman, and then a BSL tutor in a university in London until 2006 when he could no longer do so.

Then he moved back to Scotland and became involved with Deafblind Scotland. In 2012 he got his guide dog Flynn.  Now he is a voluntary tutor with Deafblind Scotland taking every opportunity he can to ensure children and adults learn to communicate with people like him. He teaches deafblind manual, a tactile method of using finger spelling traced on the palm of the deafblind person’s hand, so they can feel the letters. 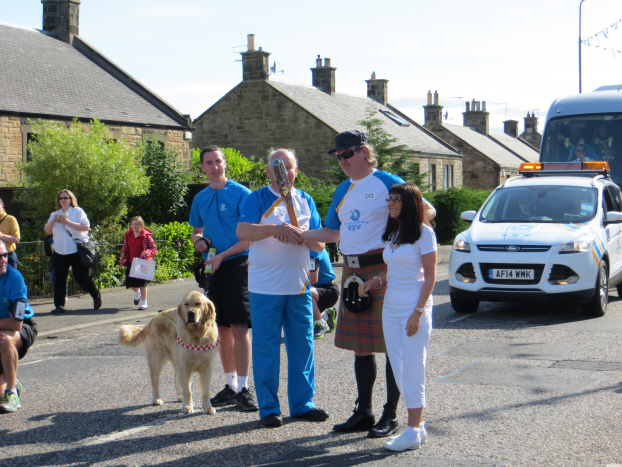 When he heard he had been chosen to carry the Commonwealth Games baton, no one could have been prouder. On the day Jackie Knowles, guide/communicator with Deafblind Scotland, acted as Frank’s eyes and ears , which she does several times a week when she accompanies him to shop, for medical appointments, or to deliver deafblind awareness training. She kept Frank informed of who he was meeting using deafblind manual and hands on BSL, of what was happening around him, and what was being said.  After his journey was complete Frank signed “it’s just as well I had dark glasses on, as there was a tear in my eye.” 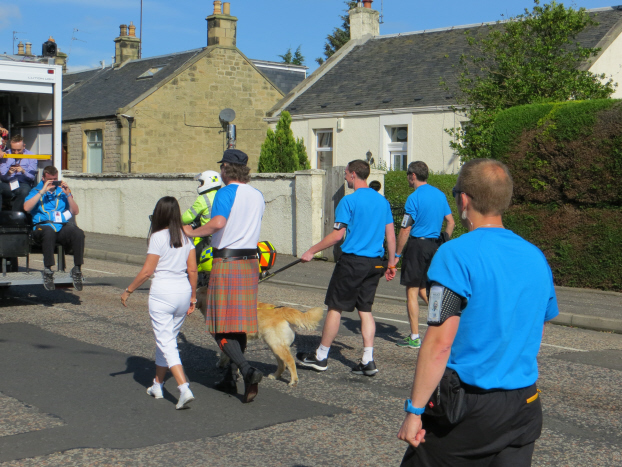 The Commonwealth Games are being held in Glasgow from 23rd July to 3rd August 2014. From 14 June to 23 July the Queen’s Baton Relay will travel the length and breadth of Scotland, inviting everyone to be a part of the excitement, celebrations and countdown to the Games. With up to 4,000 baton-bearers joining the relay in more than 400 communities, this is Scotland’s biggest ever relay.