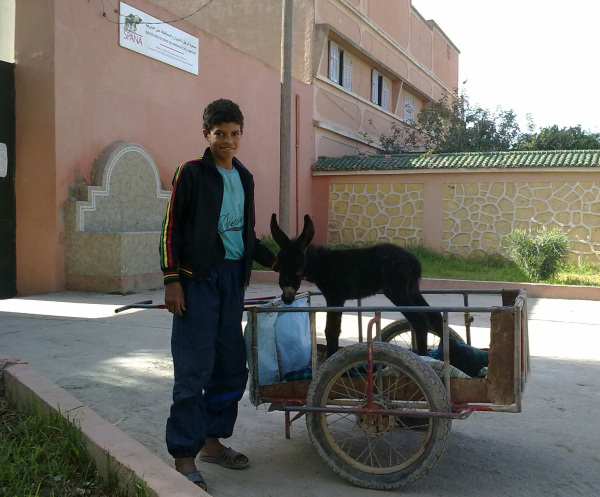 Abdelhak Karmi, who is 12-years-old, spotted the foal lying on the ground at the end of a souk (market) in Chemaia, Morocco. He first thought the foal had died but then saw that he was still breathing. There was no mother, owner or any other people in sight, and so Abdelhak realised that the foal must have been abandoned. 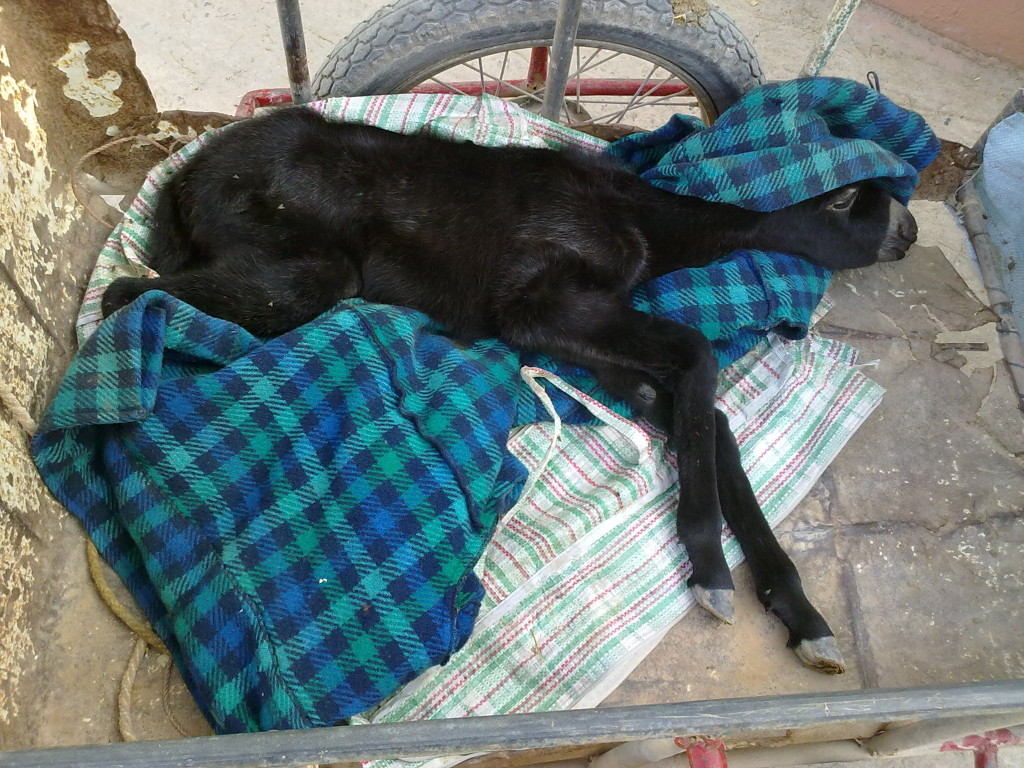 Abdelhak carefully put the foal, that he named Mensi (which means forgotten), into his little cart and pulled him home to give him water and some feed. Despite some nourishment, Mensi remained weak, dejected and was straining when having bowel movements. 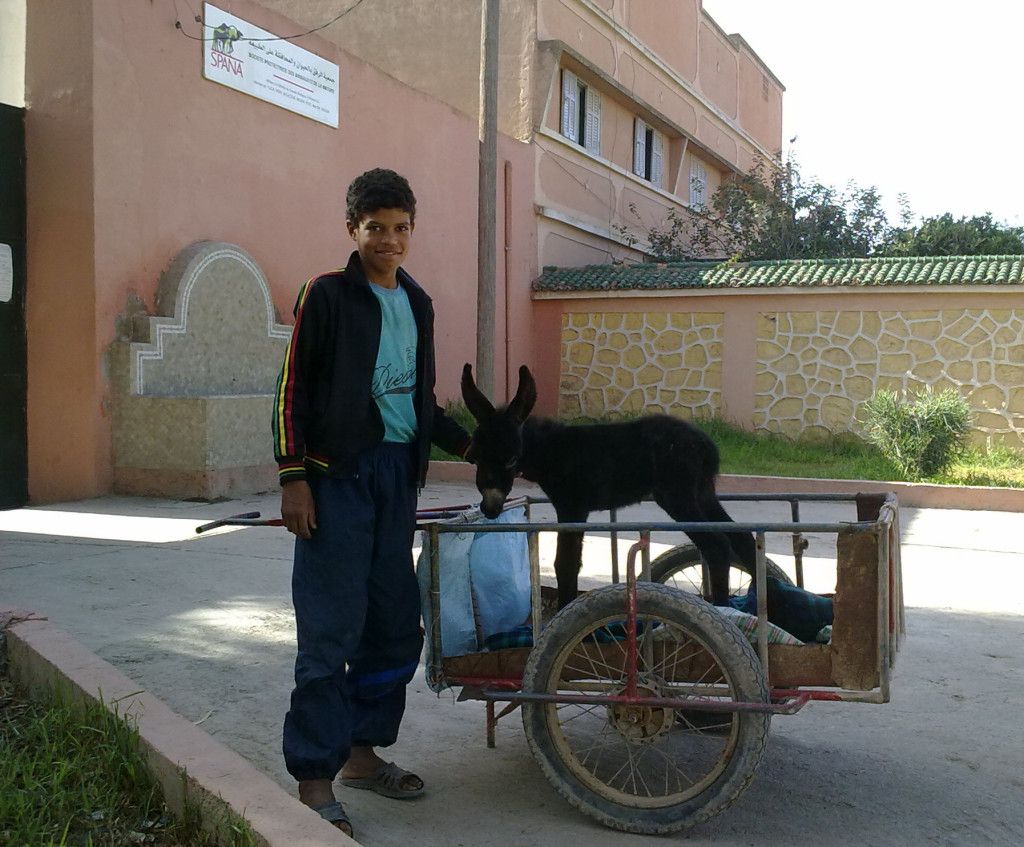 The next morning Abdelhak put Mensi into his cart again and pulled him for two kilometres to reach SPANA’s centre. Abdelhak knew about SPANA as he had visited the centre to take part in the charity’s education programme when his family had been able to afford to send him to school.

The vets gave Mensi a full examination and diagnosed him atresia ani, which is a condition where the back passage is partially closed. The vets suspected that this was the reason why the foal had been abandoned at the souk the day before. They gave Mensi an epidural and operated immediately to correct the problem.

Mensi was admitted as an inpatient and over a course of a week was bottle-fed with milk and honey. He quickly recovered and the vets asked Abdelhak if his family would be able to keep Mensi.

Abdelhak has three brothers, who despite their young age, have been forced to work to support their parents as their father is unemployed following an accident he had when working as a mason.

It’s been over a year since Abdelhak stopped going to school and he now works at the souk hauling goods in his little cart.

He told the vets that the family would like to keep Mensi, so that in a few years time they might be able to earn money from him pulling a cart, which would mean that some of his brothers might be able to go back to school. The vets allowed him to take Mensi home on the promise that he would be brought back for regular check-ups.

Abdelhak was very grateful for SPANA’s help. He said: “I knew there were people that take care of working animals from visiting SPANA with my old school. Thank you for helping Mensi and me. I hope that once my donkey is grown, he will be a great help to support my family and one day my brothers will be able to go back to school.” 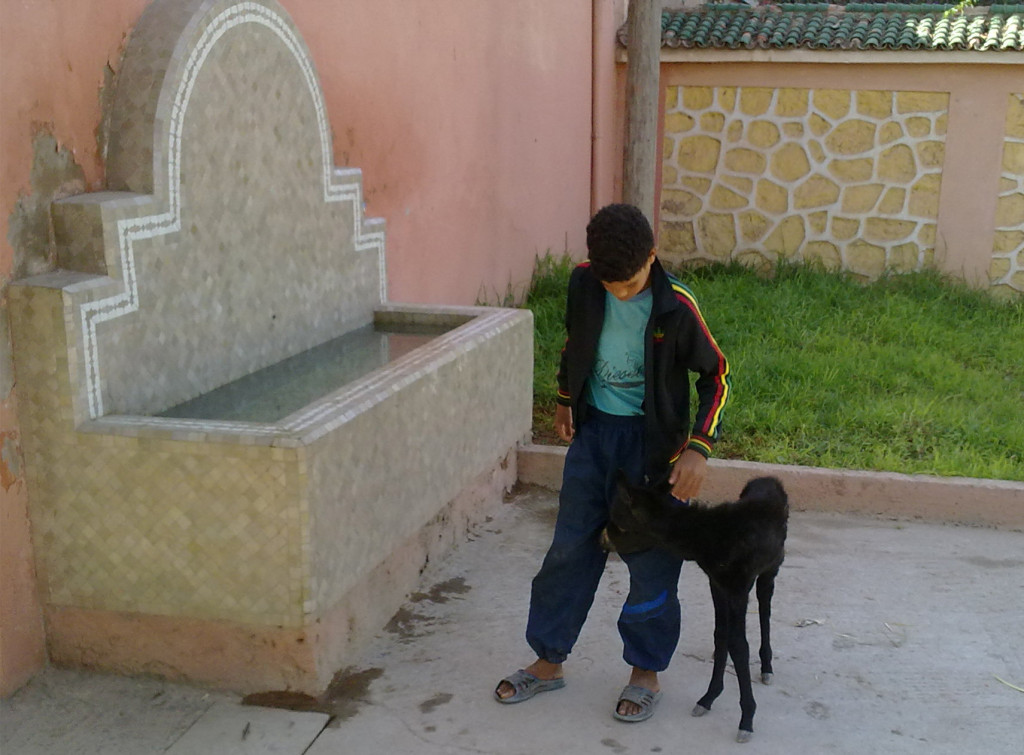 Last year SPANA provided almost 400,000 treatments to working animals like Mensi in some of the world’s poorest countries. SPANA, set up in 1923, provides free veterinary care to horses, donkeys, mules and camels in some of the world’s poorest countries. The charity improves the welfare of working animals in three ways: free veterinary treatment, education and training, and emergency and outreach projects. Please see the charity’s website, www.spana.org for more information.