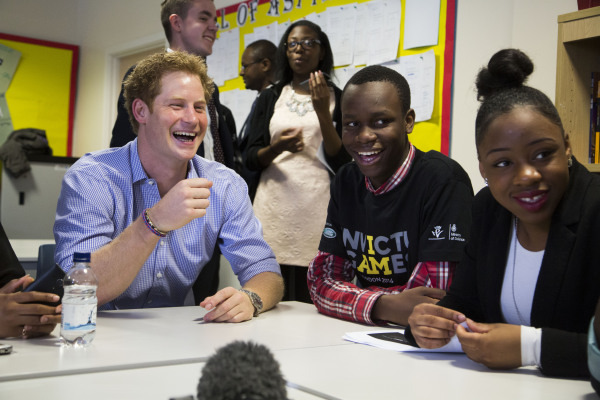 Prince Harry today surprised more than 60 students from East London schools with a visit to Bethnal Green Academy where they were being trained by Facebook as Digital Media Champions for the Invictus Games, the international sports event for ‘wounded warriors’ coming to the UK capital from 10-14 September. 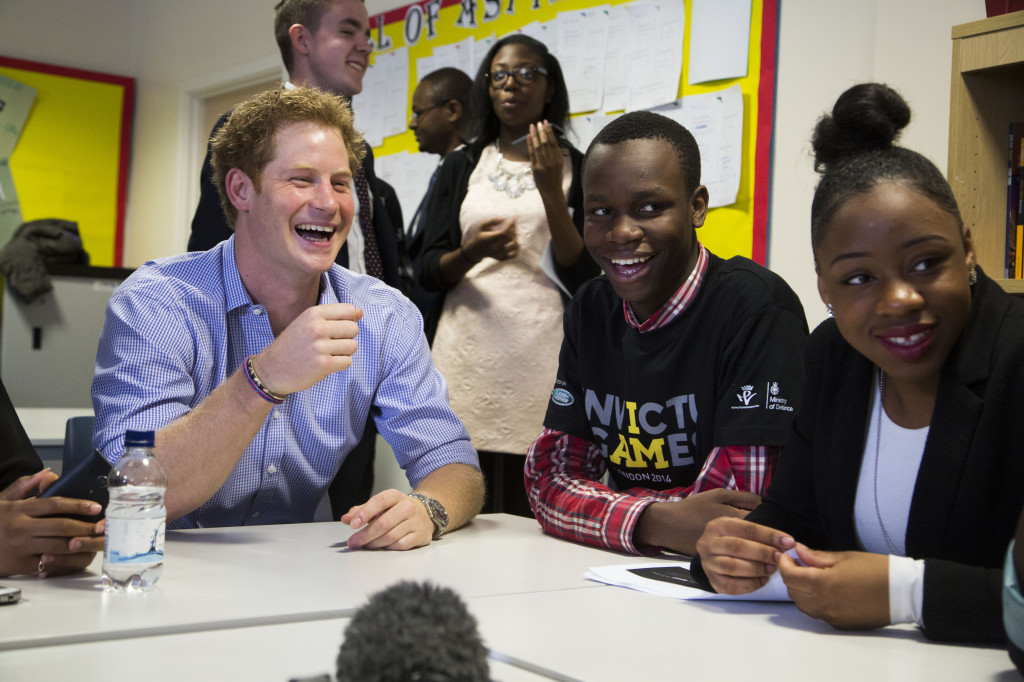 More than 60 students aged 14-16 were preparing for their new role when Prince Harry joined them in the classroom. As Digital Media Champions they have been given the opportunity to report from Queen Elizabeth Olympic Park and Lee Valley Athletics Centre on all the action and atmosphere at the Invictus Games. They will give live updates on sports including Wheelchair Rugby and Sitting Volleyball, along with the Closing Concert, through social media platforms including Facebook, Instagram and Twitter.

Prince Harry helped hand out certificates to those who completed the training which included practical advice on using social media, hints and tips on what makes a good post, how to make the most of imagery, and staying safe online. The young Londoners were encouraged to put their new skills to use over the summer to spread the word among friends, family and the local community about the event that will see more than 400 wounded, injured and sick Servicemen and women, serving and veteran and from 14 nations, compete in nine adaptive sports.

The excited group have already been using their skills on Twitter to promote the Invictus Games:

After a training session today I am now a social media ambassador for the #InvictusGames ! Exciting events are on their way…

Francis Biyak, a student at Bethnal Green Academy, said: “Prince Harry sent his first tweet to launch the tickets for the Invictus Games going on sale, so the opportunity to receive social media training from the same team of experts is a unique opportunity! I’m keen to learn as much as possible, and am looking forward to reporting from the Games. For me this is a chance to learn new skills as well as see some amazing people compete.” 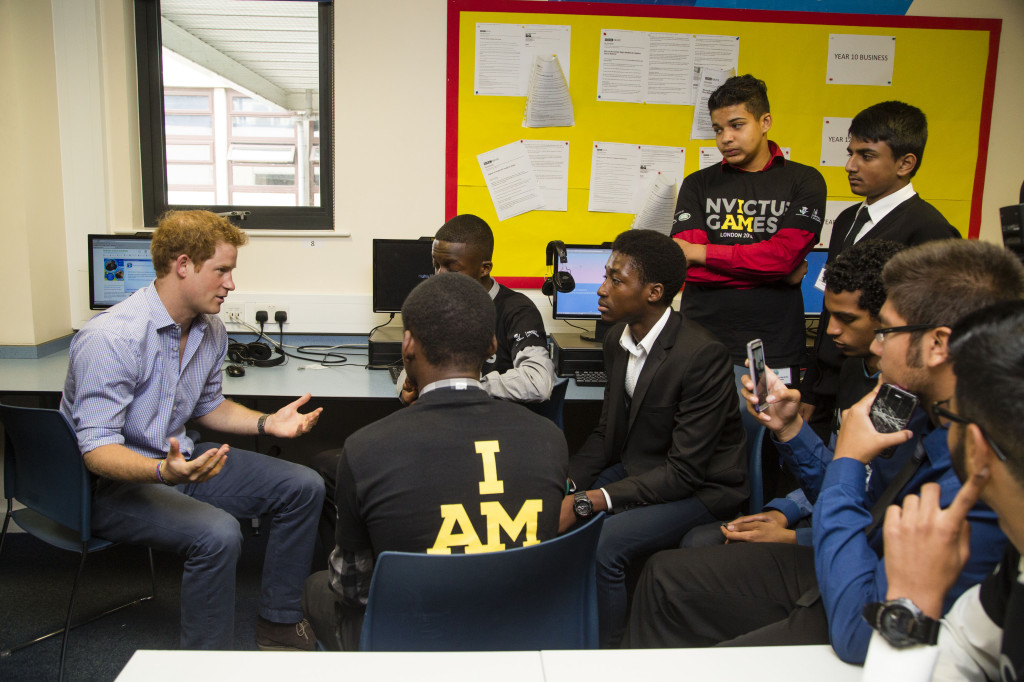 Sir Keith Mills, Chairman of the Invictus Games, said: “The Invictus Games will be a truly inspirational event and we’re delighted that we’re able to give young Londoners the chance to be a part of this unique experience. Not only will this help ensure the Invictus Games provide a lasting learning opportunity for the community but the Digital Media Champions will have learnt skills they can use later on in their lives.”

Invictus is Latin for unconquered, a word that embodies the fighting spirit of wounded, injured and sick Servicemen and women and what they can achieve, post-injury. The Invictus Games are a unique chance for the public to celebrate this ‘invictus spirit’ through sporting achievement venues made famous by the London 2012 Olympic and Paralympic Games. Tickets are on sale at www.invictusgames.org and cost £12.85.