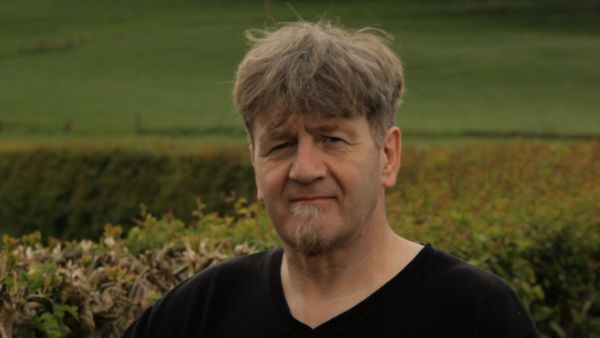 Snapshots of a Stroke Recovery

Pieter Egriega, a stroke survivor from Macclesfield, has won a Life After Stroke Award from the Stroke Association for using his artistic talents to help change the lives of people who are recovering from stroke. Pieter, 55, was presented with the Stroke Association’s Creative Arts Award by comedians Tim Vine and Stephen K Amos during a star-studded ceremony last month. 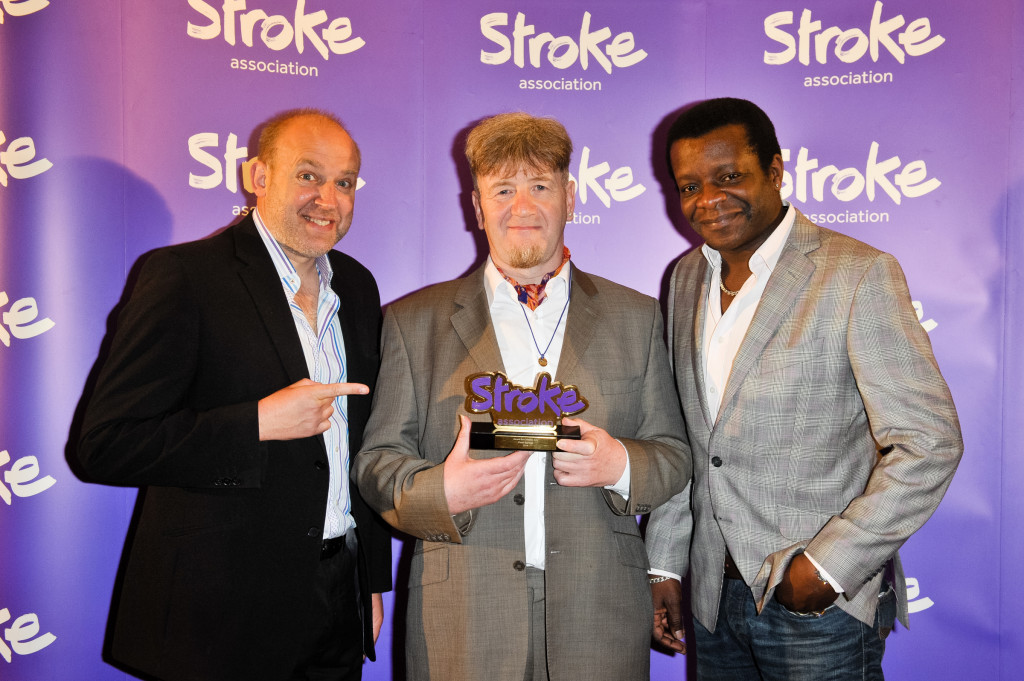 In June 2013, without any warning, Pieter had a major stroke as he was getting into bed. He was rushed to Salford Royal Hospital, where he received life-saving treatment to stop the bleeding around his brain, and underwent intensive physiotherapy at Macclesfield Hospital. The stroke left him paralysed down the right-hand side of his body.

Pieter says: “Being right handed, I thought this would spell the end of the things I cherished most in life – music and painting. Coming to terms with the fact that I might never play the guitar or paint again was terrifying. But in some respects, my stroke was the end of one life and the beginning of another. Facing life after stroke is daunting, but when your life is turned upside down, you’ve got to fight to make the best of a difficult situation. You never know, you might just surprise yourself and everyone else too. “I was determined not to surrender and short stories were the ideal way for me to channel my emotions. It’s good to know that by sharing my experience, I might help other stroke survivors.”

While in hospital, Pieter’s partner, Sareth Stanley, 54, brought him an iPad, which changed his life. Using his left hand, Pieter started to tap out his inner-most thoughts. It gave him a new lease of life and, six months later, Pieter had written a series of ‘snapshots:’ short stories about his experience of stroke. The stories give a powerful insight into what life is like for someone recovering from stroke. The stories have now been turned into the book, Snapshots of a Stroke Recovery, with a percentage of the proceeds going to the Stroke Association.  Published in March, the book tells the story of Pieter’s remarkable recovery from stroke and the challenges he’s had to overcome. He has also written several songs about his journey back from stroke.

The Stroke Association’s Life After Stroke Awards, sponsored by TONI&GUY Charitable Foundation, recognise the courage shown by stroke survivors and carers as well as the great work and commitment shown by health professionals, groups and supporter organisations. Jon Barrick, Chief Executive of the Stroke Association, said; “Pieter is a shining example of the tremendous courage people show in rebuilding their life after stroke. The way he has used his creative talents to help other stroke survivors is incredibly inspiring. Thanks to the support from people like Pieter, we can support stroke survivors to make their best possible recovery.”

View highlights from the Awards ceremony below:

For more information on the Life After Stroke Awards visit www.stroke.org.uk/lasa.