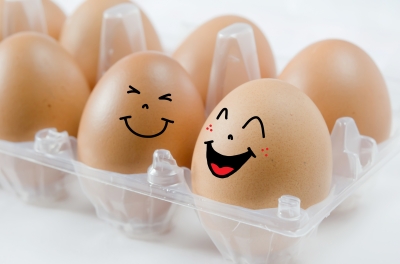 How To Lead A Happier Life

Action for Happiness have been sharing inspiring stories to encourage people to care less about what they can get for themselves and more about the happiness of others. One such story comes from Sharon Bull. After years suffering from depression and a shopping addiction, which led her to lose everything, she has transformed her life and is dedicated to helping others do the same.

Sharon, who used to work in sales as an independent female executive, developed a spending addiction in 1997 which resulted in her being left tens of thousands of pounds in debt.

By 2011 she had been forced to sell her home and possessions and found herself jobless and living back with her mother. While facing these challenges she was also struggling with on-going depression and anxiety.

Sharon talks about some of the reasons behind her spending habits that led her to lose everyting, “For years I allowed myself to believe material things were the key to happiness, love, admiration and friendships.”

“I wanted people to respect me, believe in me and see me as the confident and vivacious woman that I truly didn’t believe I was. Credit cards were like gifts from heaven as they hit the floor by the letterbox and the more I had in my purse, the better I would feel.”

It was losing her home that Sharon says was a turning point, “It was the following two years that miraculously transformed my thinking and ultimately turned my life around.”

“I grasped what is really important to me and reignited some of my childhood passions… I realised that I had a gift and could help others – especially by sharing my story, which I discovered that people seem to find inspirational. Perhaps this is because it lifts the lid on the toxic effects our society can have on people’s lives – and the huge pressure we put on ourselves as we tirelessly strive to live out the perfect lifestyles seen in magazines, adverts and media.”

For the past 3 years Sharon has been successfully running her own business delivering motivational talks and says she has, “never felt better”.

Action for Happiness, currently part of The Young Foundation, is a movement for positive social change attempting to create a happier society for everyone. Their website has an array of inspiring stories, articles and practical advice, such as the 10 keys to a happier life, to encourage individuals to lead a happier life.