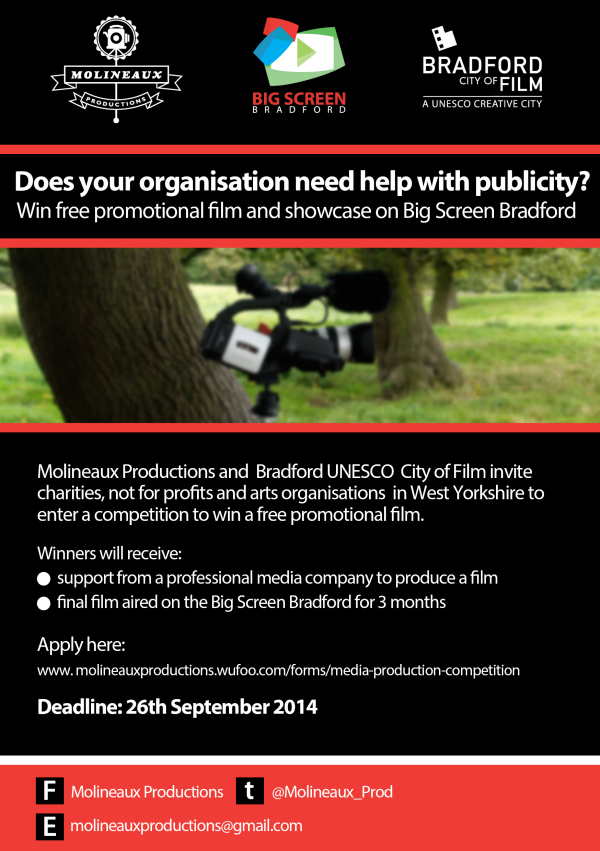 Film company Molineaux Productions have set up a competition giving small charities and art groups the chance to win support to produce a free promotional film. Teaming up with Bradford UNESCO City of Film, three winners will be chosen from West Yorkshire to work alongside the local production company to build their brand.

Many charities today have great ideas on promoting themselves, but very little funding to work with. This fantastic opportunity allows struggling charities, not for profits, and arts organisations in West Yorkshire the helping hand they needed to promote their cause.

Molineaux Productions, based in West Yorkshire, is run by sister-duo Sally and Libby Molineaux, who work towards offering high quality video services to charities and not for profit organisations. Proudly working with organisations in their hometown region, Sally Molineaux, recognises that:

“Film is a great way to promote any cause but is often out of reach or unaffordable for smaller organisations”. 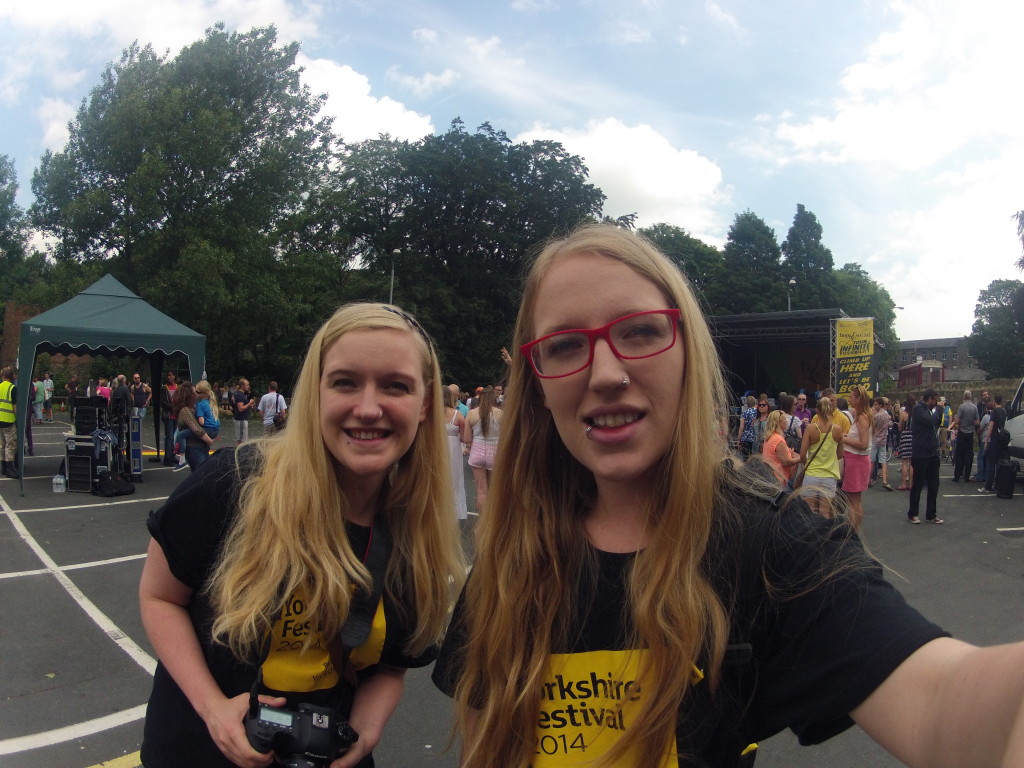 Molineaux Productions hope to continue this competition in the years to come, recognising the hard work of charities and art groups in the future.

Sally Molineaux of the production company said: “We are just sad we can only pick 3 to work with. We hope in the future this idea can expand and we can find funding to do this again and also connect more Yorkshire charities and organisations with media production teams!”

The winning film will be presented for three months at the Big Screen Bradford to one the biggest audiences the city can deliver, located in the heart of the City Centre. The production company is working alongside Bradford UNESCO City of Film, which recognises the impact of film and filmmaking in Bradford. Sally Molineaux appreciates the help of the world’s first UNESCO City of Film: “We are pleased to be working with Bradford City of Film and excited to see all the great ideas coming through from charities and arts groups.” 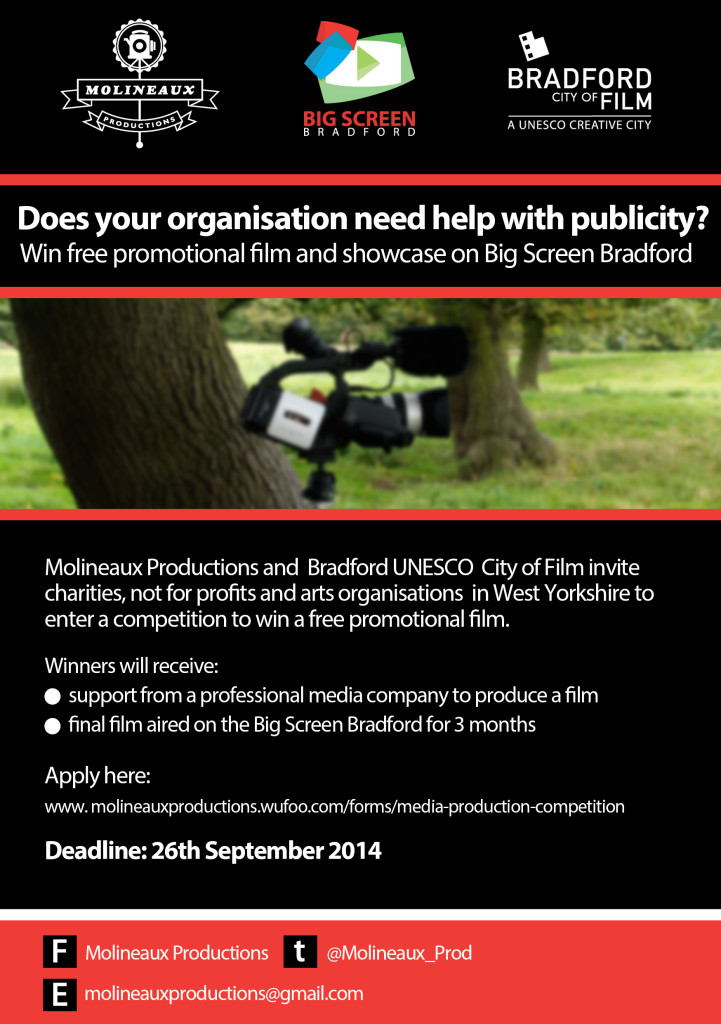 David Wilson, Director of Bradford UNESCO City of Film is also excited to support small charities, “This is a fantastic opportunity for charities and arts group to make their mark and build their brand using the big screen. We’re keen to support Molineaux Productions with this competition as it enables smaller, less well known organisations to get their messages out to the public about all the excellent work they are doing in Yorkshire and beyond.”

This partnership will truly have a great impact on the work done by the three winning small charities in Yorkshire.

Discover more about Molineaux Productions and other projects on their Facebook page.

Abir Zeb is a creative writer and former law student who worked as a fundraiser at City University during her studies.