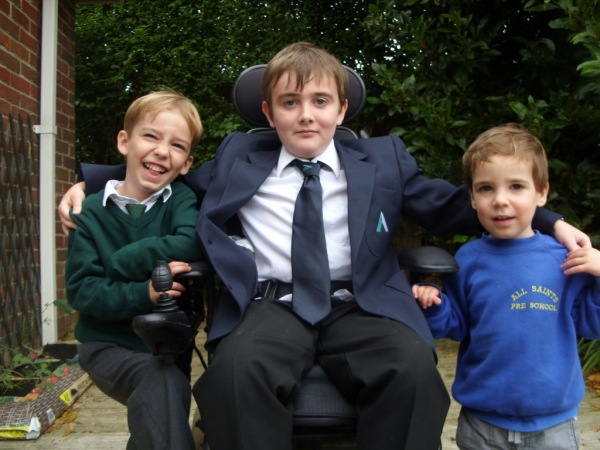 A 14-year-old boy from Worthing, West Sussex, who has Duchene Muscular Dystrophy (DMD), has received a new Powered Wheelchair that has greatly improved his quality of life.

Daniel Southall, a pupil at Angmering School, is so pleased with the chair that he’s written a heartfelt letter of thanks to Caudwell Children Charity for helping him raise the £18,000 needed to secure the chair. 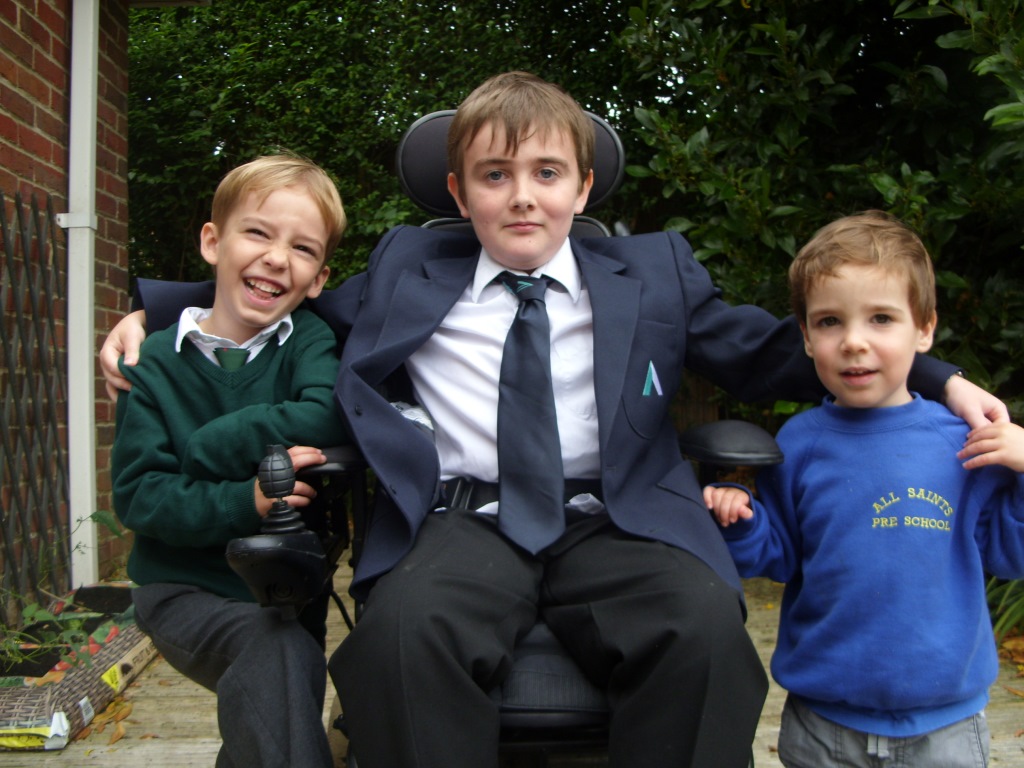 In the letter Daniel said: “Thank you so much for my new wheelchair. It makes life so much easier. I can also stand in my chair which is a lot better than using the horrible standing frame, which I could only use once a week. Now I can stand every day.”

DMD, a condition that degenerates the muscles, has left Daniel unable to stand, or use his legs actively, whilst the function in his arms is also reduced.

Before he received the Powered Wheelchair the only way that Daniel could stand was to be hoisted into a stander wearing a physio suit. This had a disruptive effect on his schooling as he had to leave his classroom before being manoeuvred into the stander.

But now, thanks to the help from Caudwell Children, Daniel is looking forward to a more mobile, independent future.

His mother, Penny Southall, a 47-year-old Senior Scientific Officer, says that the chair has had an immediate effect on the whole family. She said: “Before receiving the new chair Daniel really struggled in public places. If we visited a museum, for example, he couldn’t stand to see into all the display cases. I had to take pictures of the objects on my phone for him to look at. But the new chair allows him to stand up. Now, in a crowd, he’s no longer lost in a sea of people.

“What people struggle to understand is that disability affects the whole family. But now, thanks to the new chair, we can do so much more together and seeing Daniel chase after his brothers, when they’re zipping about on their scooters, is magical.”

Daniel will be going into Year 10 when he returns to school in September, and he’s looking forward to beginning work on his GCSE’s. As he explained: “I enjoy school and I’m particularly looking forward to studying Computer Science and French. My ambition is to go to University before getting a job in computing.”

Penny claims the new chair is also helping Daniel develop his hobbies: “He loves playing Boccia,” she said. “It’s a disability version of Bowls and the chair is perfect for adjusting his height which allows him to compete much more easily. The chair is also motivating him to stand which is a huge physical and emotional bonus for him.”

Daniel concluded his letter to the charity with the words: “Thank you so much. Sometimes I used to get wound up by not being able to do simple things, like not being able to see, or watch something that is too high, but now that can be done easily, which makes me really happy.

“My hand started to ache when I got to this point, so I’ll have to finish here, but it’s the least I could do for what you have done for me.”

To find out more about Caudwell Children please visit their website.