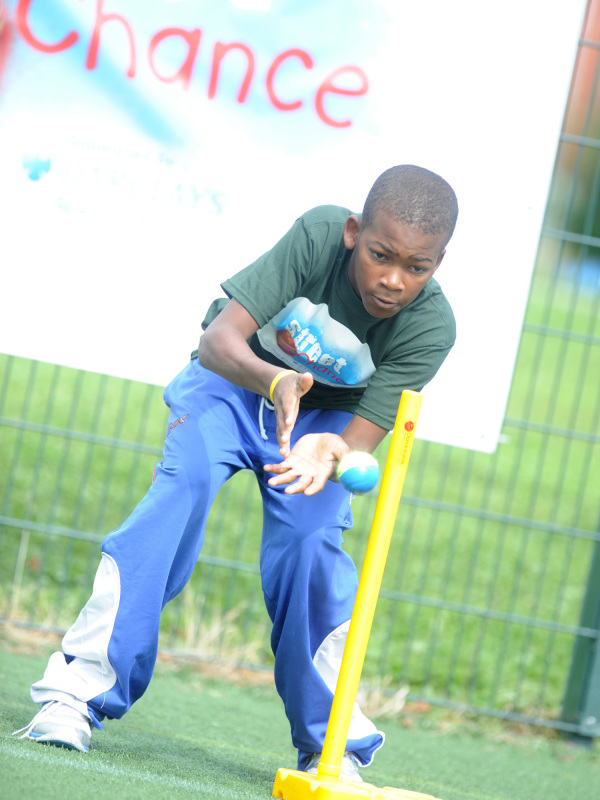 Making English Cricket Accessible To All

England Cricketer Moeen Ali is said to be revelling in his new role model status, with lots of young British Asians and Muslims now following the England Cricket team as a result of Ali’s success.

Whether Ali’s current success with the ball leads to a long-term change in the attitude and support of young British Asians, and a more diverse England Cricket Team is something we will only be able to assess in the next 5-10 years.

Ali is not alone in wanting this change. StreetChance, a programme run by the Cricket Foundation together with Barclays Spaces For Sports organise free weekly cricket coaching sessions in some of the most deprived areas in the UK. Their aim is to promote cricket – traditionally seen in the UK as a middle class man’s game – in economically and socially disadvantaged areas.

As well as cricket sessions, informal classes on gangs, knife crime, and drug abuse are delivered to the young people involved in the programme.

More than 38,000 young people have participated in the programme so far. 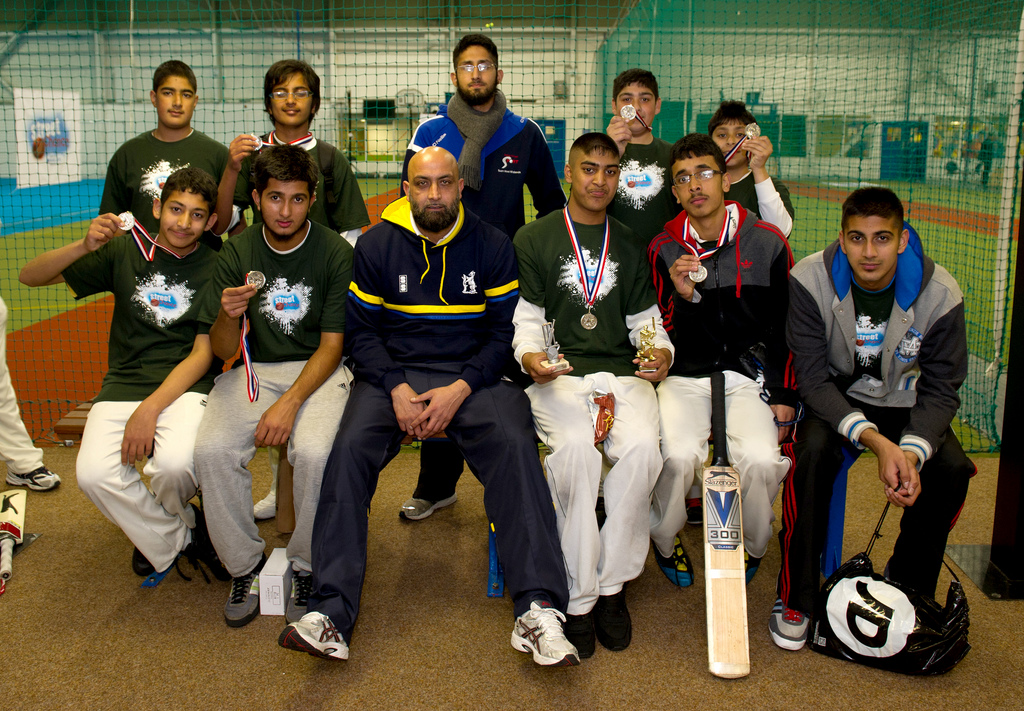 In Birmingham, where Ali was born, StreetChance and its participants have benefited greatly from a strategic partnership with West Midlands Police.

Levels of anti-social behaviour and crime have fallen, and the levels of police engagement have increased as a result of the partnership.

Sergeant Dave Farrell said: “StreetChance has enabled us to refer and promote young people potentially at risk within local communities and provide them with an outlet of expression, social engagement and potentially further education and employment. It also provides a level of rapport with local officers which can have long term benefits and removes the contact with police officers as always being ‘confrontational.’”

PCSO Adam Roscoria, who has supported the development of the project at Hodge Hill, Birmingham, from the start said: “The project has definitely helped to break down barriers. I have found on a personal level that the youths will now come up and talk to me in the streets, whereas before they would be anti-police in the area.”

Mushtab, a 16-year-old participant from Adam’s session in Hodge Hill agreed that the police engagement was good for changing attitude amongst some participants, explaining: “They came along, played along with us and seemed to have fun. It’s good having them around, because it showed the younger kids that they’re not all like what some people say about them.”

Ali, an Ambassador of the StreetChance programme dropped in to take part in a ‘street cricket’ game, batting and bowling alongside a group of lucky children earlier this year. He said: “It’s so important that schemes like StreetChance give young people the opportunity to play cricket and to learn key life skills, wherever they’re from, whatever their background.” 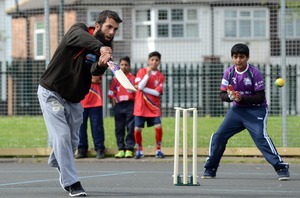 Hodge Hill Sports & Enterprise College, Leader of Sports Enrichment Ricky Patel described how StreetChance is giving children the opportunity to play cricket, particularly those who might not have been able to afford to take part otherwise.

After Ali’s visit, Ricky said: “The children will never forget it. You could tell just by the looks on their faces at the end, the difference and the impact it’s made on them.”

“Hopefully Moeen will represent England for many years to come and a lot of these pupils will go home and tell their families, tell their friends and will spread the word. It’s going to inspire them to continue and participate in cricket.”

With the work StreetChance are doing with young people across the UK, and Ali’s bowling success on the field, the possibility of cricket being open to everyone, regardless of background, is looking promising.

To find out more please visit the StreetChance website: www.streetchance.org