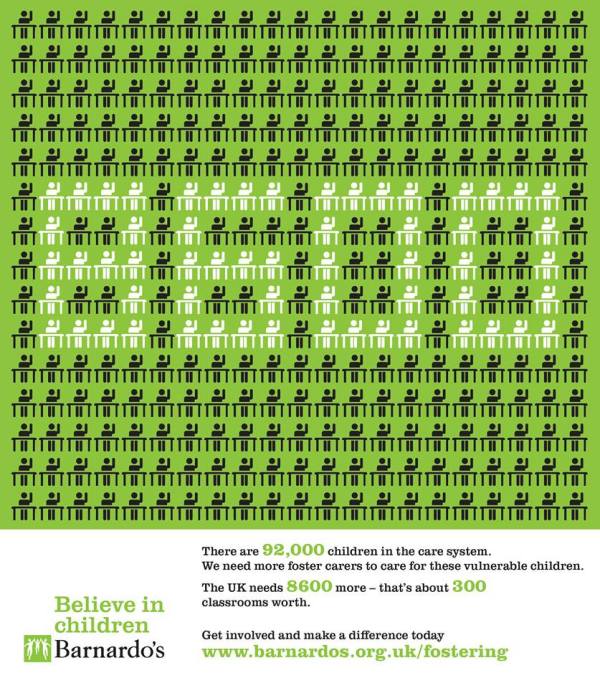 Looking For A Worthwhile Job? Here Is One To Consider

“Fostering has given me so much – the children have been company, given me a reason to live, eat healthily and to get out into the world and be active!” Fiona Douglas – Foster Carer, Fife

Foster carers across Scotland are sharing their stories in a bid to encourage people to become foster carers.

One foster carer, Fiona Douglas, 52 from Dunfermline in Fife, has fostered over 35 children since she became a foster carer for Barnardo’s Scotland over 22 years ago.  Fiona decided to make the call to the charity after having her own child .  Fiona recalls: “When my own daughter was two years-old. I just felt that I had more to give and I also felt it would be good for my daughter too, to have someone else around, teaching her how to share and care for others.”

Foster carers make a huge difference to the lives of vulnerable children and young people, and Barnardo’s Scotland desperately need another 850 people like Fiona to provide stable, loving homes.

Stephanie Stone, Assistant Director of Fostering & Adoption for Barnardo’s Scotland said: “The sad truth is that the number of children in care continues to increase year on year, but the number of foster carers does not increase at the same rate.

We would like to encourage people who have thought of fostering for a long time, to do the same as Fiona and call us.  There’s no doubt becoming a foster carer is a major step, it can be hard work and very demanding, but the rewards are immense.

Fiona who now offers respite [emergency]foster care for around five children, said: “I would definitely recommend fostering – it may seem daunting but in the end you just get on with it as best you can, and even when my social life gets interrupted – be it for just an evening, or longer – it’s such a worthwhile job. I wouldn’t do it otherwise. 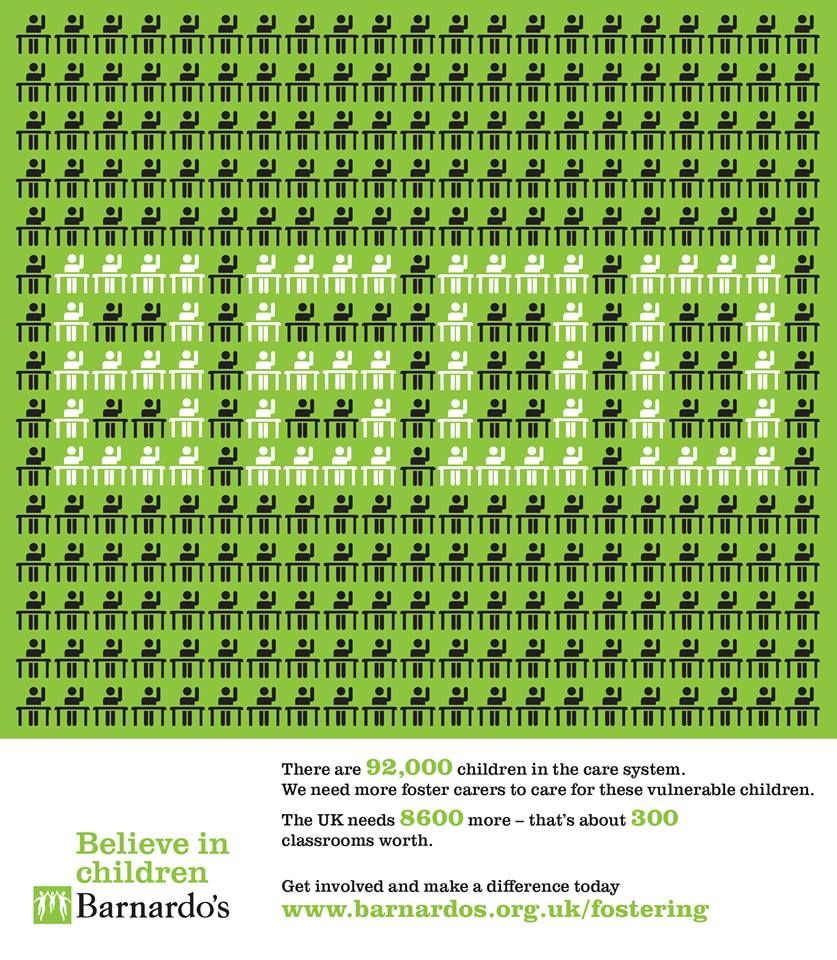 Sarah Hardie, 48 from Cowdenbeath in Fife, had discussed fostering with her husband Paul for years, Sarah recalls what made her decide to become a foster carer:

“I love fostering. It can be hard, emotionally, especially when the children tell you things about their past, but it’s so rewarding. I wish we’d done it years ago!”

“Paul was a long-distance lorry driver – away during the week – so our daughter Vicky (now 27) and I were alone most of the week. The time just never seemed right. And then Paul’s job changed and we moved up to Rosyth from Staffordshire. We were closer to family, and my sister-in-law had also been thinking about fostering. She made the call first, then I followed suit!

It was about a year after we’d moved up to Rosyth – where Paul’s from originally – and I saw a Barnardo’s Scotland ad on the side of a bus. As I said, my sister-in-law made the call first, and I couldn’t not do it after that.”

Sarah’s advice to anyone thinking of becoming a foster carer: Take your time through the long application process – we did, and it meant that we were very aware of how we were feeling right the way through, and completely sure that we were doing the right thing.

We were approved in 2010, in April, and *Chloe, 13, came to us in early June. She was nine. I have to admit, I was terrified. Suddenly it was real and throughout the ‘introduction’ week I actually felt physically sick. It seemed such a huge responsibility. Thankfully, Paul was very calm, and reassured me that everything would be fine. And it has been, it’s been so rewarding. I would definitely do it all again.

Our daughter Vicky is now 27 and still living at home. It hasn’t always been easy – but she’s very laid-back which has helped. In all, it’s been a great experience and we’ve loved it, tears and all.

Barnardo’s Scotland guides foster carers through a detailed matching process and provides ongoing support. The charity also runs a series of parenting courses aimed at preparing foster carers for the process and equipping them with the skills to deal with children with a range of needs.

To find out more about fostering with Barnardo’s Scotland visit www.barnardos.org.uk/fostering or call 0131 453 8420.

* indicates name has been changed for reasons of confidentiality