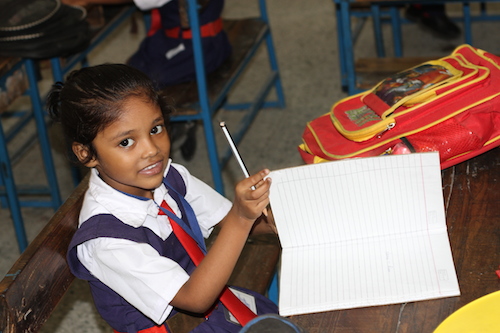 Join The Campaign To Get Every Child In School By 2015

The #EducationCountdown campaign, officially launched last month, has been gaining momentum, with more than 100 organisations joining 500 youth leaders in over 85 countries and notable celebrities in supporting it.

World leaders made a promise in 2000 that every child would be in school and learning by 2015. But with 470 days left before the deadline, 58 million children are still out of school.

Sarah Brown, co-founder of A World at School, said: “Children and young people are demanding their education and now they are supported by over 100 organisations calling for action.”

“Together we can create an unstoppable groundswell of demand – a movement to get every child in to school and learning, no matter who they are or where they are born.”

Aid to support basic education has declined rapidly – by more than 10% between 2010 and 2012 – and many countries are not scaling up domestic financing fast enough.

Now hundreds of A World at School Global Youth Ambassadors across the globe in more than 85 countries have spurred a movement – led by A World at School working alongside NGOs, civil societies, teachers, faith-based organisations and businesses – which is demanding the right to education for all children.

During the 500-day campaign, A World at School are focusing on five key barriers that keep children excluded from school – providing education in war-torn areas, protecting girls from child marriage, making sure children are at school and not at work, ending discrimination against girls and ensuring enough teachers are trained.

There are lots of ways you can get involved. Go to the #EducationCountdown campaign page to find out how.