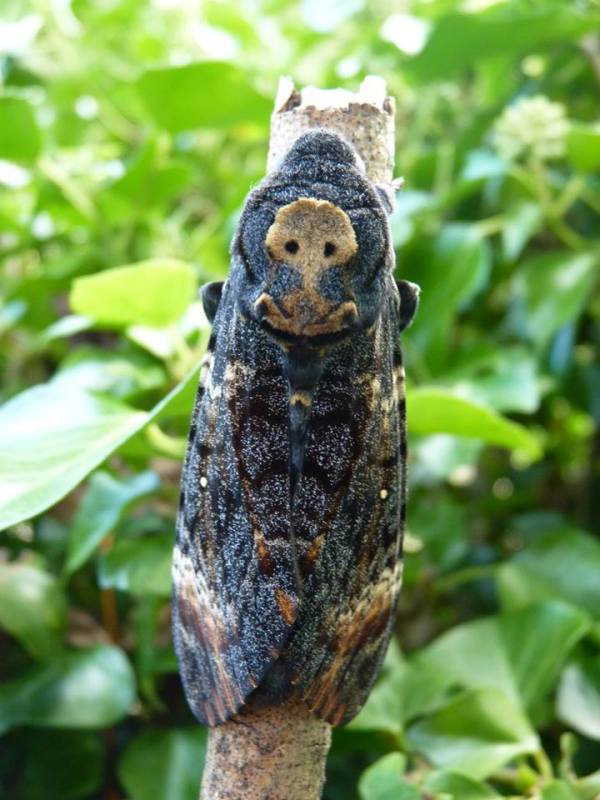 The Death’s head Hawk-moth is the bad boy of the moth world. Strikingly large, with a skull-like marking on its thorax and the ability to squeak when alarmed, the moth was traditionally seen as an omen of death.

The Death’s head Hawk-moth is our Halloween special Amazing Animal of the Month. 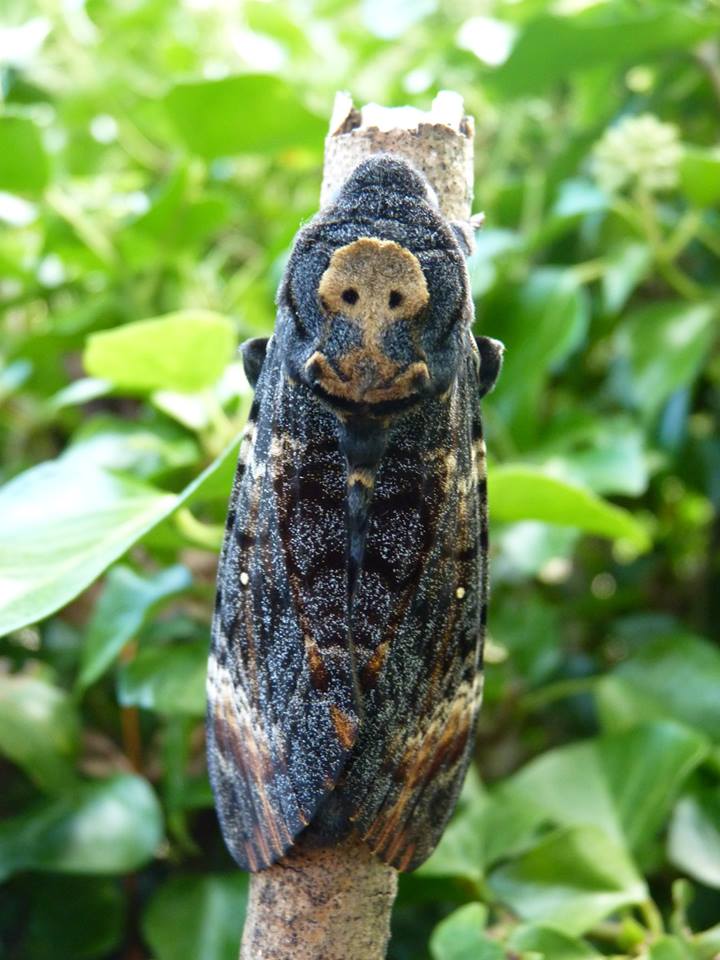 The Death’s head hawk-moth is rare; only a handful make it over from the Continent each autumn, but despite this scarcity, its sinister reputation has haunted our literature, art and folklore for generations. It appears as a prophecy of doom in Thomas Hardy’s The Return of the Native; its presence as an ill-advised love token in William Holman Hunt’s 1851 painting The Hireling Shepherd hints of impending trouble between the young couple at the centre of the picture.

Most famously of all, the pupa of the moth is left as a grisly calling card by the psychotic serial killer in the 1991 horror blockbuster The Silence of the Lambs. (Although the film’s director decided to use the pupa of another species because it looked more dramatic!). 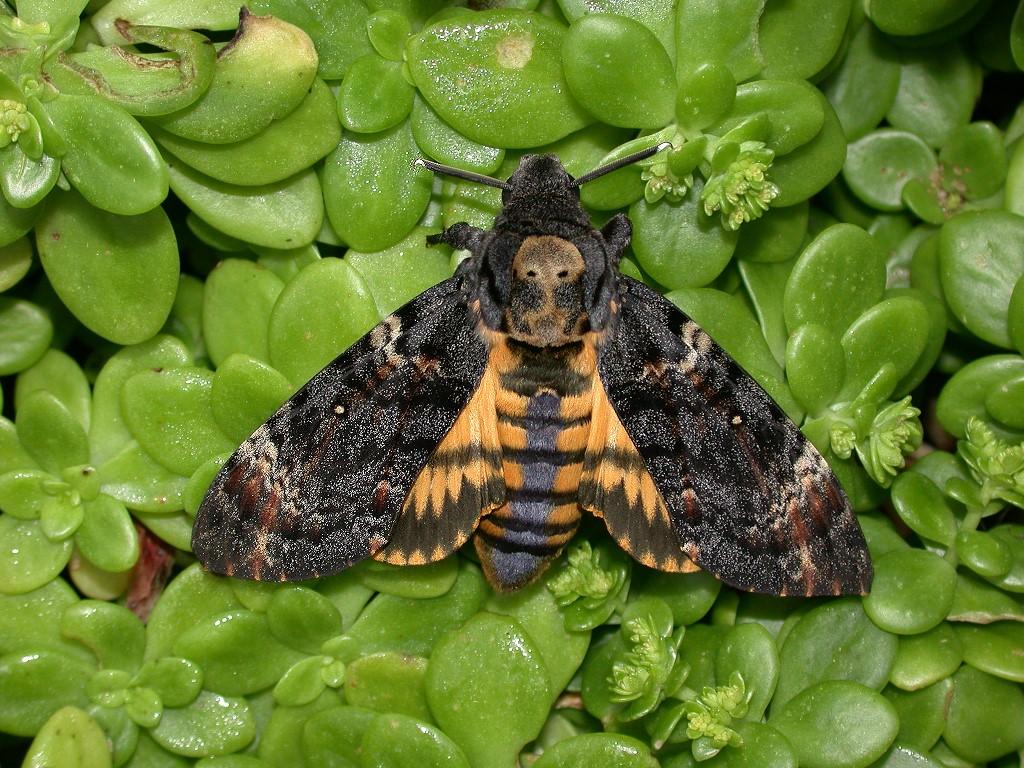 The Death’s head hawk-moth was even rumoured to be a tormentor of the notoriously unstable King George III who was thrown into one of his infamous bouts of ‘madness’ when two large moths were discovered in his bedroom in his residence in Kew, London in 1801.

Their presence caused quite a stir at Court and conspiracy theories started immediately after the sighting. Many believed that the moths had been placed there by people trying to further damage the mental health of the King and destabilise his reign. 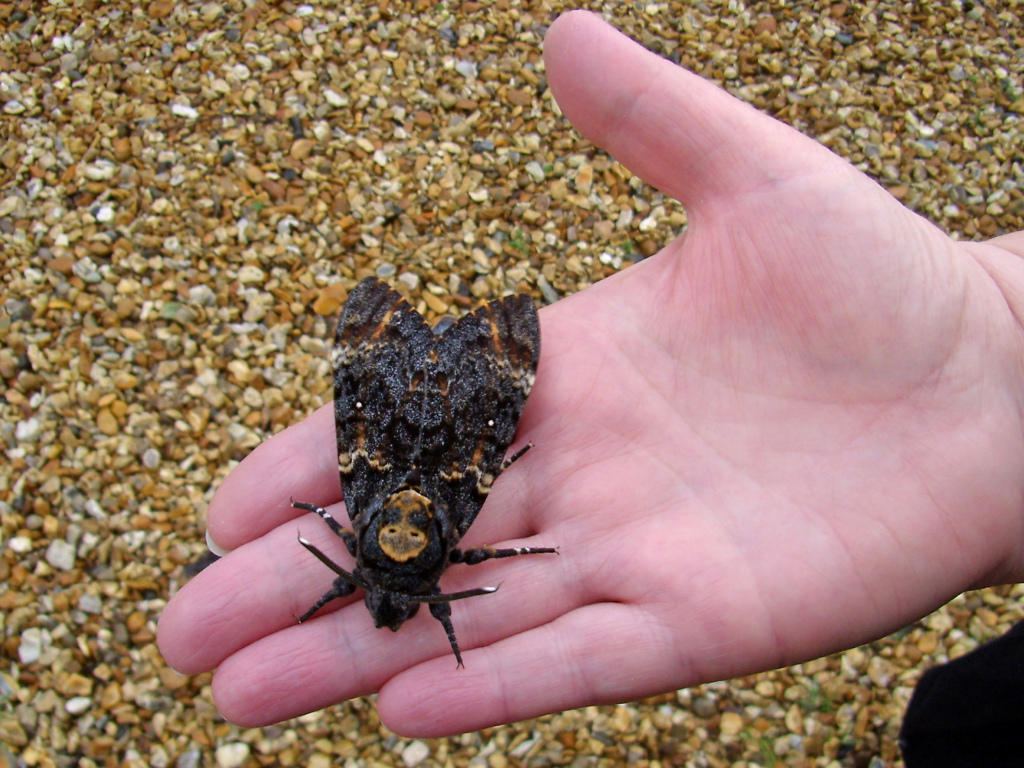 The Death’s-head is most likely to be encountered during autumn with sightings sometimes even in November. So if you are lucky enough to receive an audience with a Death’s head hawk-moth this Halloween, try not to be scared – this is one fascinating, charismatic and decidedly spooky spectres.

For more information on the UK’s amazing moths and butterflies, visit www.butterfly-conservation.org.

76% of our butterfly species have declined over the past 40 years. Take a look at this guide on how we can stop their numbers declining.