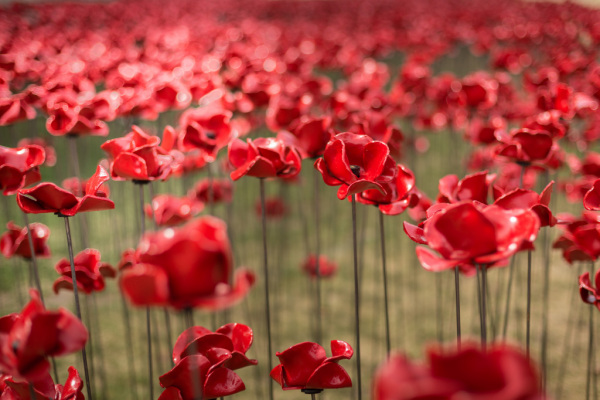 A Volunteer’s Experience As A Tower of London Poppy Planter

A team of 8,000 volunteers have been planting poppies at the Tower of London. The art installation ‘Blood Swept Lands and Seas of Red’ marks one hundred years since the first full day of Britain’s involvement in the First World War. 888,246 ceramic poppies will progressively fill the Tower of London’s famous moat. Each poppy represents a British military fatality during the war. The last poppy will be planted on Armistice Day, 11th November 2014. 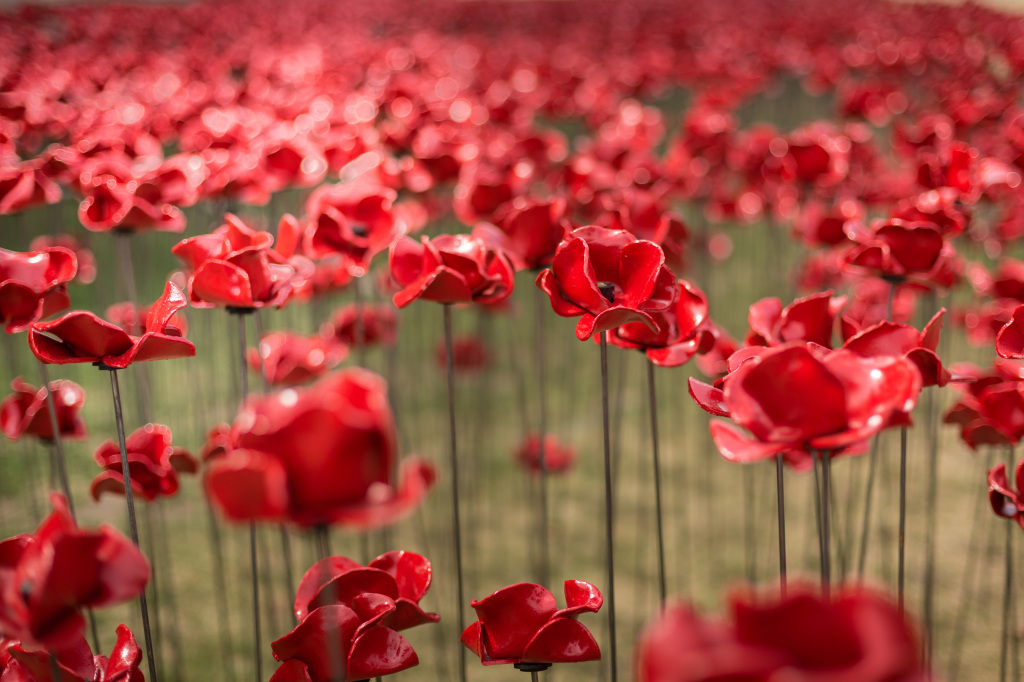 Lisa Pattenden, one of the volunteers, shares her experiences of being a Tower of London Poppy Planter below:

I was on an early morning exploration with my partner to photograph London while people were still in on a Sunday morning. This was when I first saw the poppy project being started. They had just begun and I was in awe of this new view to The Tower. It was about 06:00 on a Sunday morning and we just walked all around The Tower of London enjoying the few poppies that were planted. We got around to the place where the volunteer office was and I had to join in. You see, I have been off work due to a health condition that hasn’t allowed me to perform my normal duties. I’ve been bored and tired of not being able to function as a working person. I saw this as a chance to get out for a few hours and be around positive happy people.

Lisa with a poppy

I had no idea how much this project would give back to me. It’s hard work but it is so rewarding getting to hear the reasons why the other volunteers are there. People from all over the world. I served in the U.S. Air Force for 21 years and did 2 tours in Iraq so I very much ‘got it’ and the significance really brought tears to my eyes knowing how such a simple thing could evoke so much emotion for many many people.

I was going twice a week for a 4 hour shift. After I realised that so many people were taking photos but not meeting everyone I thought it would be good to start a Facebook page for volunteers to share their photos. I became the unofficial reporter of all things poppy planting. I started posting before and after photos and getting to know the paid staff to help in any way I could. I am so overjoyed every time I go to the Tower of London and even go many times on my days I am not there to capture the volunteers in action with my camera. I love the volunteer spirit and I truly love this project. 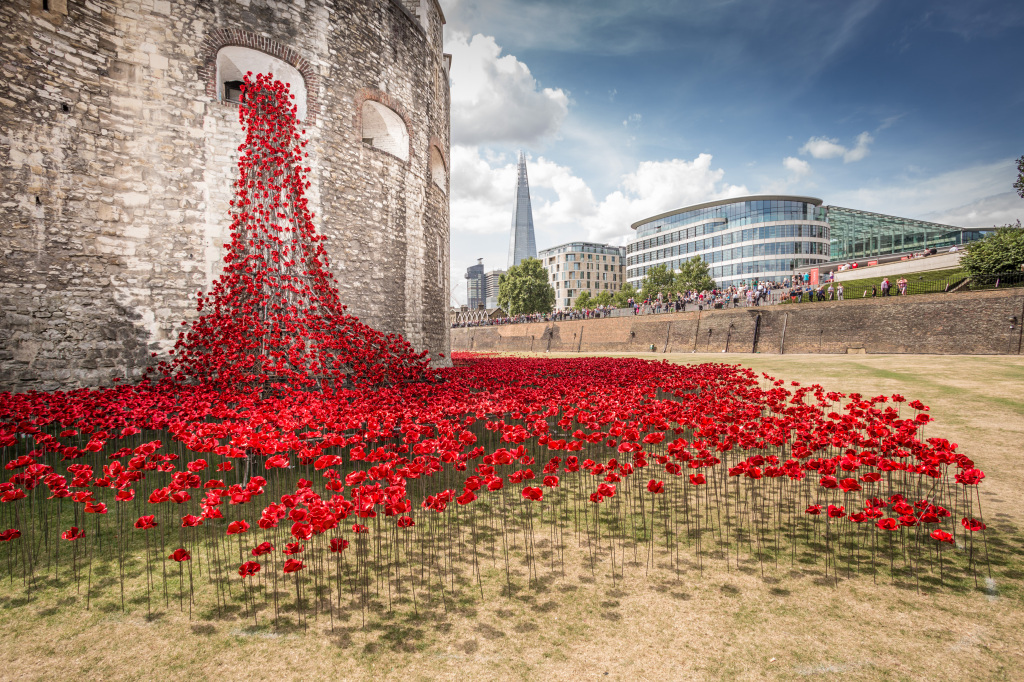 I slowed down to 1 shift a week after I started realising how much it was taking out of me physically but I still pop over and check in to get a count of how many poppies have been planted and to see if there is anything I can do to help out for the team.

I entered one of my very first poppy photos into a World Photo Day contest sponsored by Moonfruit.com and ended up winning a camera and 1 year subscription to their service. I have several cameras and in talking to the Beefeater that is a project lead for the Poppy planting I found out the Beefeaters do a Christmas raffle for young orphans. I donated the camera to that raffle so that they could benefit from the win. 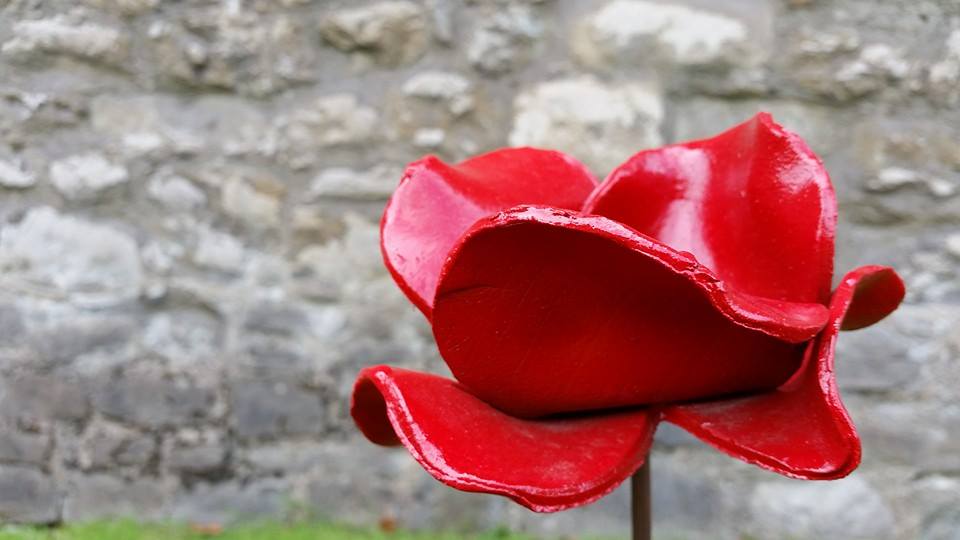 I love the honour that this gives to the many lives lost in WWI and the sentiment of this project has brought proud tears to my eyes as I watch a nation come together in awe of this great display that I feel so very lucky to have been a part of. I have already signed up for the first day of deplanting and am signed up for the last day of deplanting but will be reporting throughout as usual. What an awesome sight it is!

I’ve met lovely people and have been so proud to be working next to them and taking photos of them and helping them with different arty angles to try as well.

The flowers, which each took three days to make have all been sold and will be plucked from the ground and sent to buyers when the exhibit closes.

The sale is expected to raise £11.2 million for charities which serve British veterans. For more information visit the Tower of London website: www.hrp.org.uk/TowerOfLondon