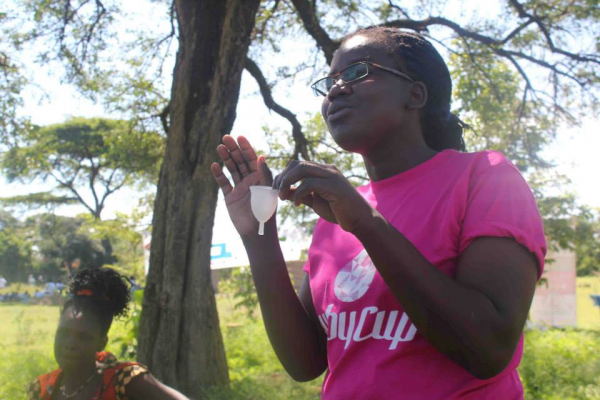 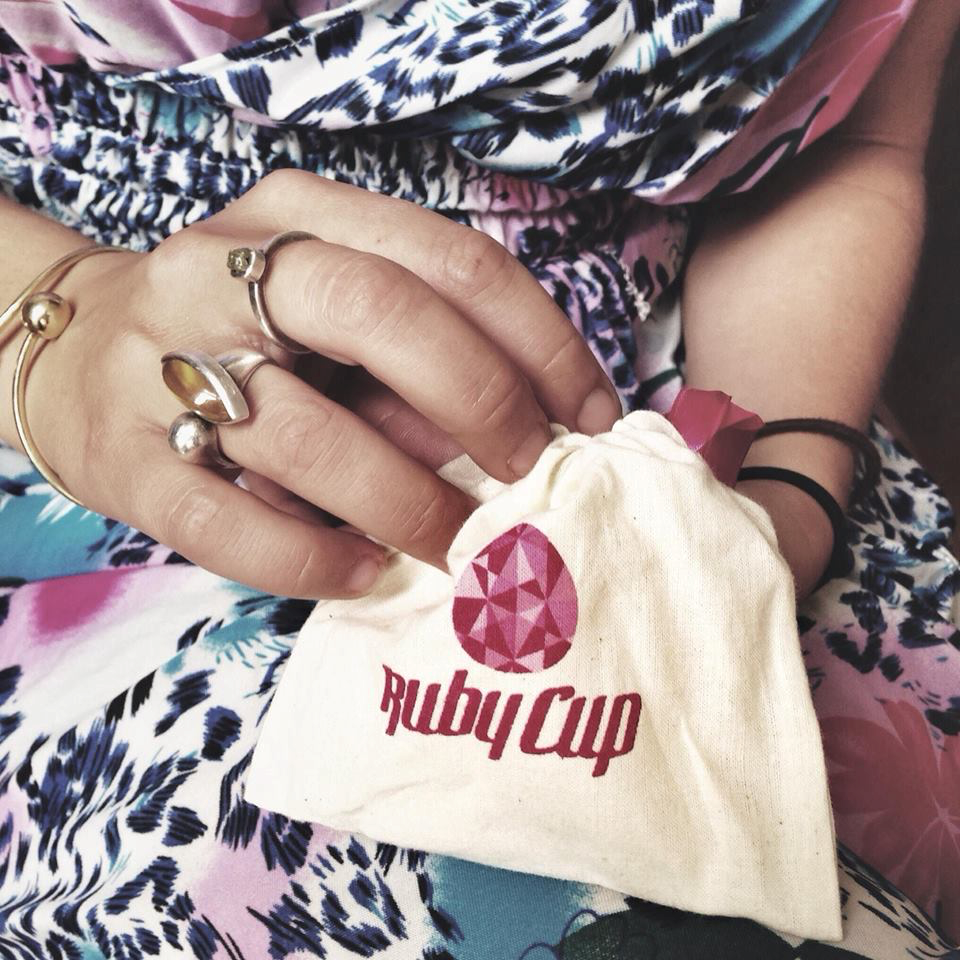 Okay so this might get a little icky but bear with me. The whole point of this project is about breaking taboos so I am going to write frankly about menstruation and its effect on the environment and girls in the developing world. I hope you will stick with it because I have a really important and amazing project to share with you.

I should probably start with what on earth a Ruby Cup is. Thanks to the monopoly of huge corporations many people don’t actually realise there is an alternative to pads and tampons and that alternative is actually really great. So a Ruby Cup is a brand of menstrual cup. They are little (I say little, initially they do look terrifyingly big) silicone cups, which sit comfortably inside you to collect your flow and can be emptied, washed and reinserted over and over again for up to ten years. All you have to do is boil it once a month and it will last for ages; protecting your body from the harmful chemicals contained in pads and tampons and drastically reducing both your expenditure and effect on the planet. I realise this rather clinical description is not going to have people dashing out to buy one immediately, but I would urge you to do some research and ultimately try it out. You will never look back, I promise! 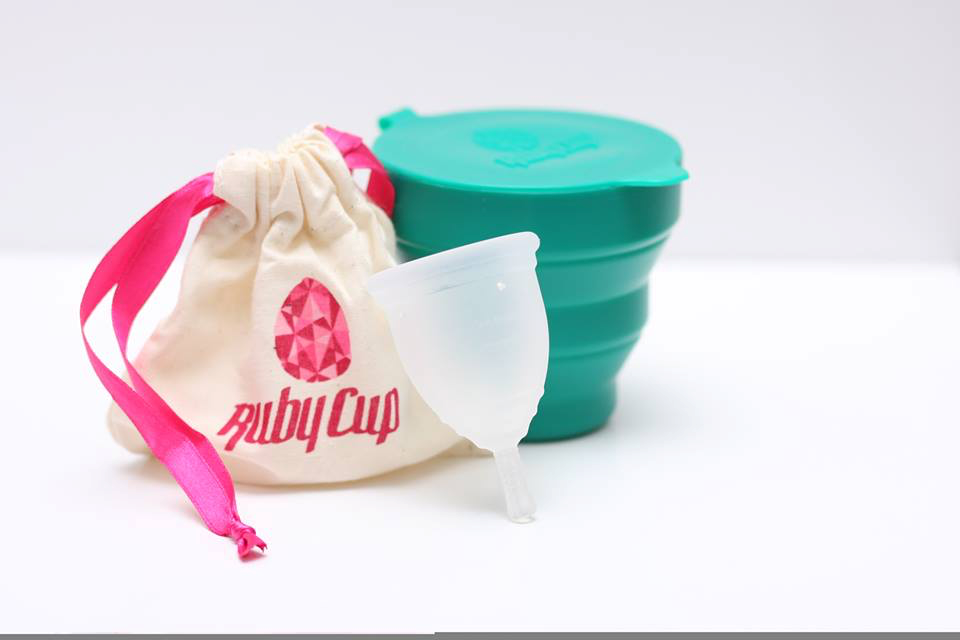 So each year, in the UK alone, 4.3 billion disposable sanitary products will end up in landfill or the sea. If that figure is too huge to be really shocking then consider this – the average woman will use 12,000 sanitary products during her lifetime at a cost of around £90 per year. This amounts to 125-150kg of waste per woman during her life. You don’t have to be an all out hemp wearing, flowers in your hair freegan vegan to find this shocking and want to make a change. The Ruby Cup in contrast lasts up to ten years and creates no waste, as it is washed and reinserted after each use.

Not yet converted? Well what if I told you that using this could make a huge difference to the life of a girl in the developing world? We don’t talk about it much but when you really think about it menstruation must be a huge problem when you are trying to survive on a low income without access to proper sanitation. The statistics around this make for a shocking read: studies suggest that 66% of girls in the developing world know nothing about menstruation until they hit puberty. This in itself makes for a traumatic experience. However, what follows is even worse: according to UNICEF, 1 in 10 school-age African girls ‘do not attend school during menstruation, or drop out at puberty because of the lack of clean and private sanitation facilities in schools.’ A study conducted by FAWE in Uganda reports that 61% of girls miss school due to menstruation with Water Aid putting the figure at 53% in Nairobi, Kenya and a shocking 95% in Ghana. It is well known that reduced performance in education makes it even harder to break the cycle of poverty, often forces girls into marriage at a younger age and reduces their ability to make informed choices about their future. 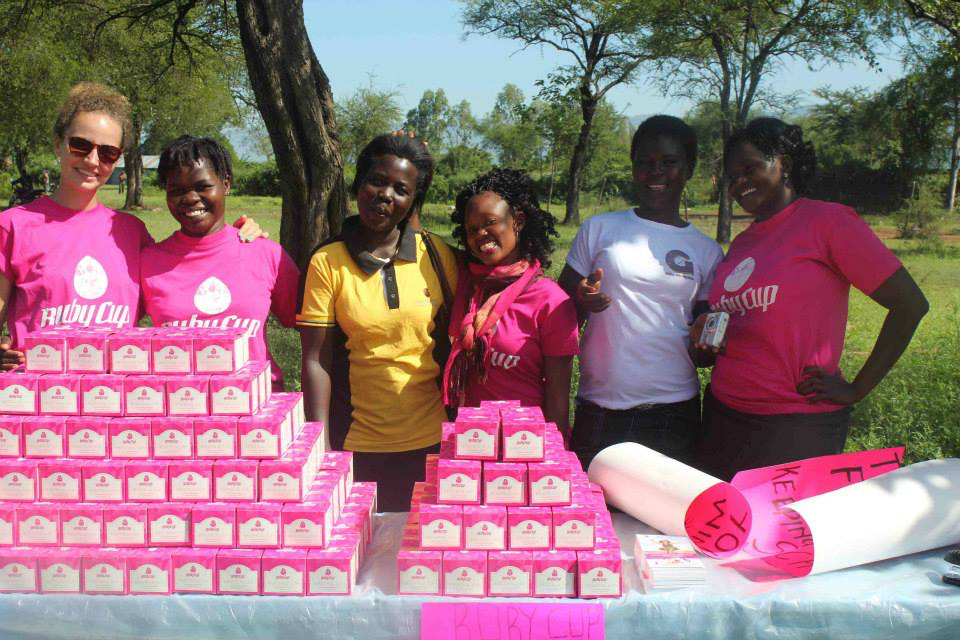 This is where Ruby Cup are stepping in. They are a start-up that produces reusable menstrual cups and sells them in the west in order to run a buy-one-give-one scheme in Kenya. The company was founded in Denmark by a group of friends under the motto, ‘We believe that all women deserve the best. Let’s show the world what happens when we give positive change a try.’ They saw the problem first hand on trips to Kenya, asking anyone who would answer about the product and receiving overwhelmingly positive reviews. With a strong focus on education and sustainability the girls threw themselves into fundraising and watched the business grow. The girls eventually won a place on Sustainia’s list of the top 100 socially and environmentally sustainable solutions to the world at the UN’s Rio +20 conference. 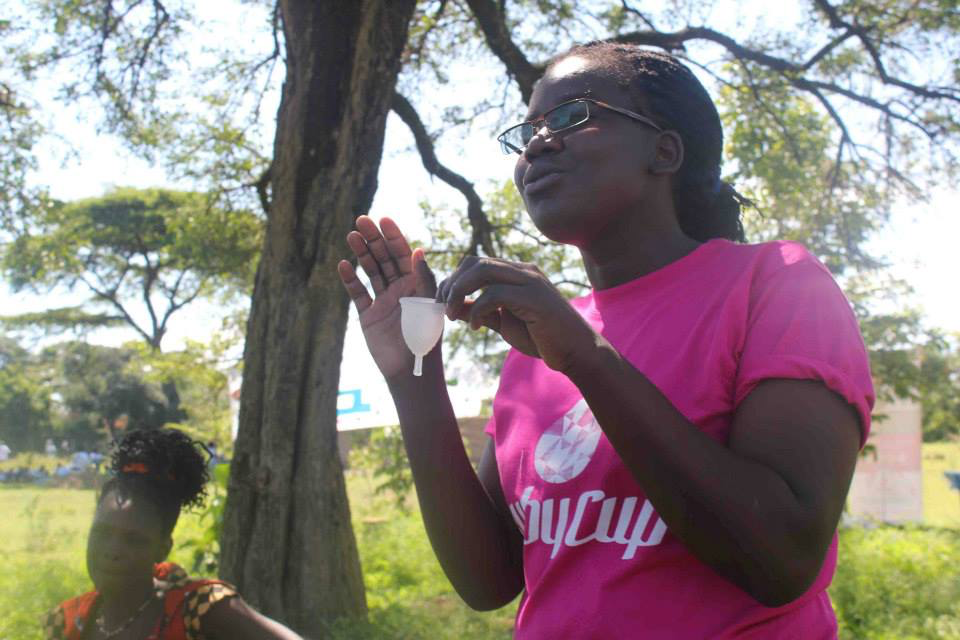 When I sat down to write this article I sent out a tentative email asking a couple of questions which led to a coffee with Eva, one of the lovely Ruby Cup girls, who also happened to be living in Berlin. Her enthusiasm was infectious and she told me some brilliant stories, which convinced me that their project needed to be shared. What makes Ruby Cup great is their focus on education. They recognise that simply dropping boxes of cups into rural communities has the potential to do more harm than good. Eva explained that they work with trusted local women, going to schools, teaching girls how to use a cup and about menstruation generally, which is often the first real education they get on the topic. When the pupils can fill out a questionnaire on what they have learnt, they are given their very own cup. This provides not just education, but sustainable employment for local women and ensures that the project gains the trust of communities.

I could bang on about grassroots development for hours – believe me – but what really got me interested was the problems Eva said they faced here in Europe. In order to distribute cups in Kenya they need to be bought over here. Naturally companies such as Tampax have a huge monopoly on the market and for pharmacies the lack of repeat business makes the product economically unviable. The company’s response was to come at it from a different angle, to try and break the taboos surrounding menstruation, which are so important to large corporations. They even threw a party where they served Bloody Marys out of Ruby Cups! Often, when you start a conversation on this topic, many don’t even know there is an alternative out there and when they understand the social, environmental and economic benefits there is only ever one question: ‘Where can I get one?’

I know it’s not for everyone, but I would urge you to read up on the project. The absence of menstruation in public discussion is an underlying problem that contributes to so many others.  The lovely girls at Ruby Cup really gave me something to think about. Their research has led them to look at expansion into other countries and with your support or simply by sharing some information about their work, they can keep even more girls in school long term.

To keep up with what is going on, or just for a little more information check out their website: www.ruby-cup.com/en

And to see the great work of their partner organisation in Kenya have a look at this: http://goldengirlsfoundation.org

Sarah Campbell is a final year Language and Culture student at University College London. She has been working with NGOs for a number of years and is passionate about women’s rights, education, social justice and grassroots development. She currently works with Global Giving UK.