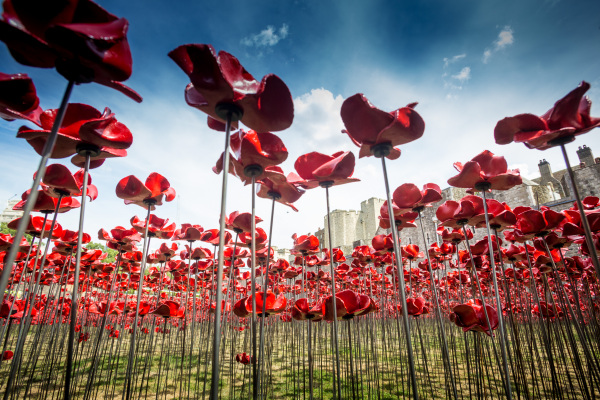 What Does The Tower of London Poppy Installation Mean To You?

The art installation ‘Blood Swept Lands and Seas of Red’ at the Tower of London has captured the hearts and minds of thousands of volunteers and millions of visitors – an estimated 4 million have already visited. 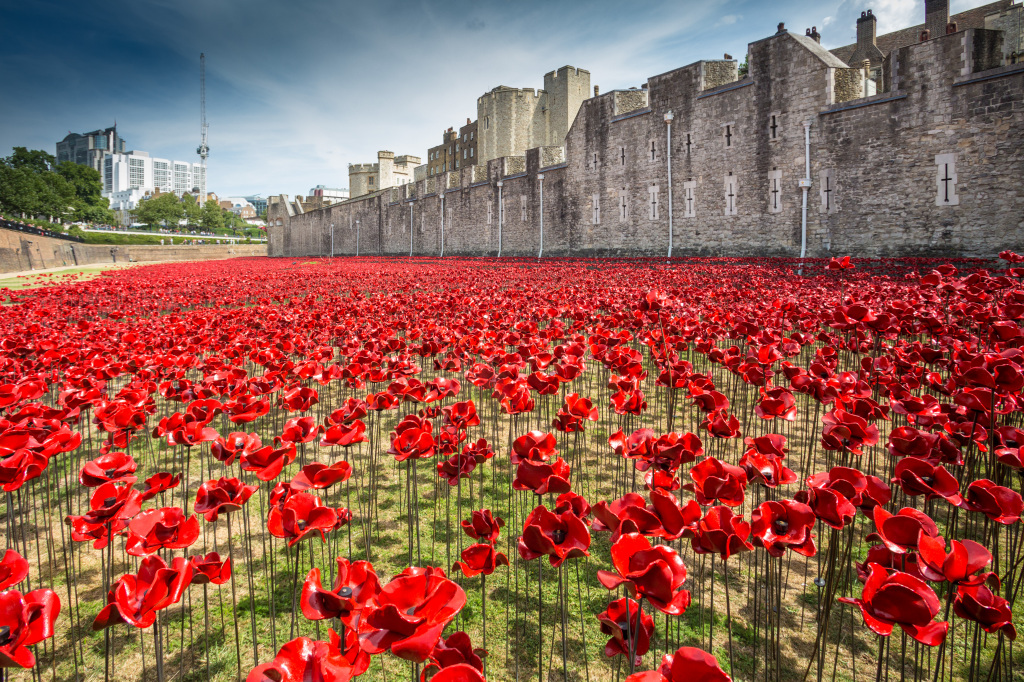 One of the volunteers, Karolyn Gaston, travelled from Northern Ireland to take part. She said:

“I volunteer quite a lot and adore London after spending three weeks there volunteering as a Games Maker at London 2012 Olympic Games.  I was compelled to volunteer at the WW1 commemorative Blood Swept Land and Seas of Red poppy planting installation project at the Tower of London. No matter what the costs of flights, accommodation and expenses I was going – I couldn’t help myself given my family’s military history.

I am grateful to be one of the 8000 amazing volunteers selected from 28,000 requests to plant poppies.  My shift was 1.30 – 5pm on Sat 25 October 2014. I brought my 6 year old daughter with me so that she could witness the spectacle with her own eyes and understand where mommy would be volunteering and what it all represented.” 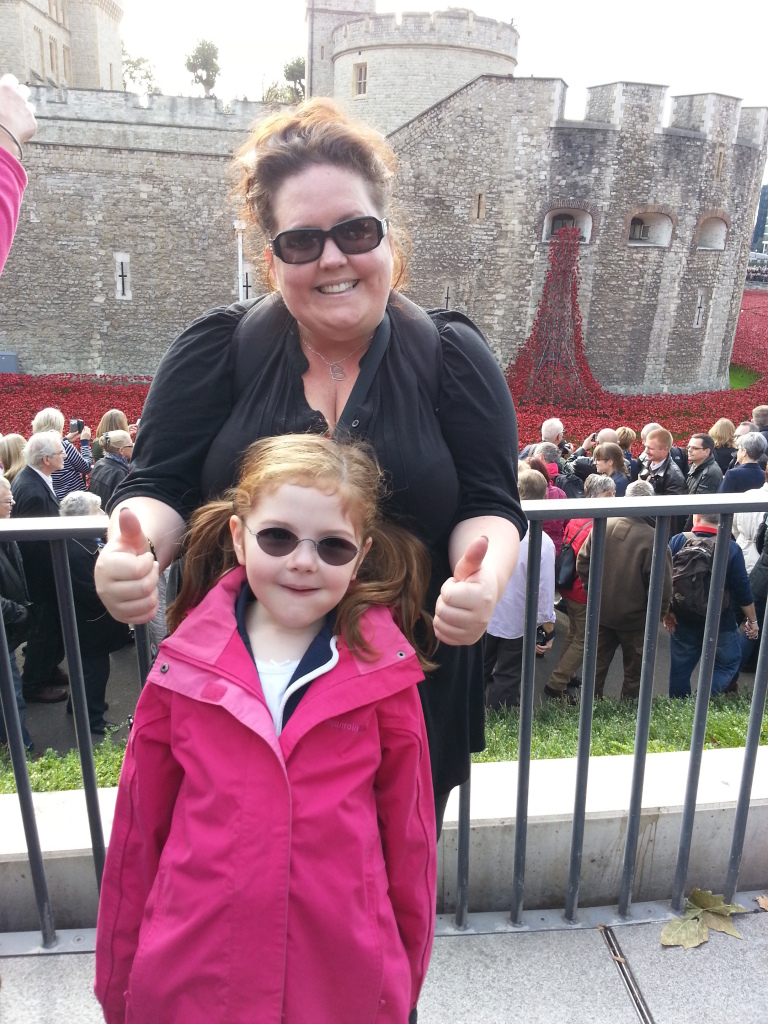 Karolyn with her daughter

“Being a part of this installation project was nothing short of amazing, emotional, inspirational and humbling. The pictures do not do the size of the project justice and to see it with your own eyes, let alone be a volunteer planter, is awe inspiring.  Our shift alone planted 7200 poppies, each one of the 888,246 poppies representing a fallen British soldier. It gives me goose bumps even now thinking about it.” 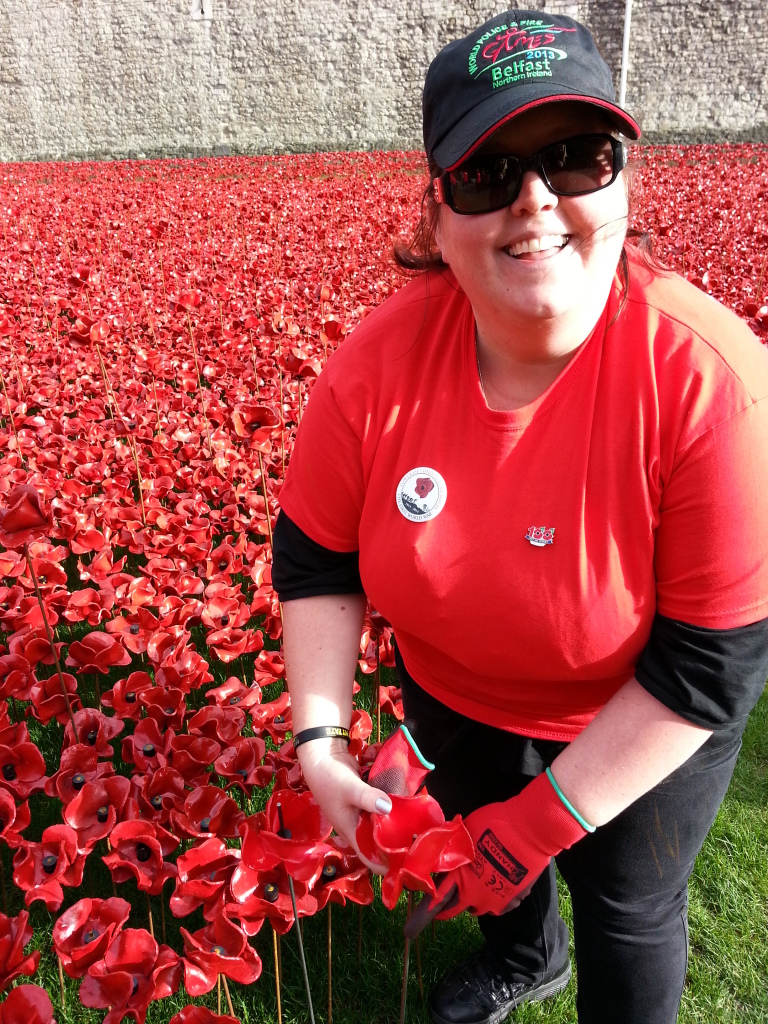 “My hat goes off to all volunteers who have signed up to install the poppies and also to de-install the poppies after 11 November. I myself have purchased three and await their safe arrival, hopefully before Christmas but likely to be the New Year.”

“There must have been 120 volunteers on the morning I was there, many proud to wear the red volunteer T-shirts we were offered, and although we were asked to be there between 9-1, we were told at 12 we had enthusiastically achieved our quota for the morning. We then had a chance to walk round the moat and take photographs of this quite incredible installation where Yeoman of the Guard, resplendent in their uniforms were, as always, happy to help with the history of the Tower and tell a tale or two.  It is a morning I shall always happily remember.”

The poppies, which each took three days to make, have all been sold and will be plucked from the ground and sent to buyers when the exhibit closes.

All the poppies have already sold out

The sale is expected to raise £11.2 million for six charities which serve British veterans. So, where will the money go?

The six charities are:

Cobseo, as the Confederation of Service Charities, provides a single point of contact for interaction with Government, including local government and the Devolved Administrations; with the Royal Household; with the Private Sector; and with other members of the Armed Forces Community. This allows Cobseo members to interact with all interested parties and especially to cooperate and collaborate with others in order to provide the best possible level of support to our beneficiaries.

Combat Stress, founded in 1919, is the UK’s leading military charity specialising in the care of Veterans’ mental health. They provide free treatment for conditions including Post Traumatic Stress Disorder (PTSD), depression and anxiety. They are currently supporting 5,400 Veterans aged between 19 – 101 years.

Coming Home is the fundraising campaign for Haig Housing Trust, which provides specially adapted homes for seriously injured and disabled Servicemen and general needs housing for ex-Servicemen and their families.

Help for Heroes, founded in 2007, deliver a national network of support for the wounded and their families. The charity works to inspire, enable, and support those who have made sacrifices on our behalf to achieve their full potential.

The Royal British Legion is the nation’s largest Armed Forces charity, providing care and support to all members of the British Armed Forces past and present and their families. Currently, nearly 10.5 million people are eligible for support and they receive thousands of calls for help every year.

SSAFA provide lifelong support to anyone who is currently serving or has ever served in the Royal Navy, British Army or Royal Air Force and their families.

What does the Tower of London poppy installation mean to you? Please share your thoughts with us over on our Facebook page.