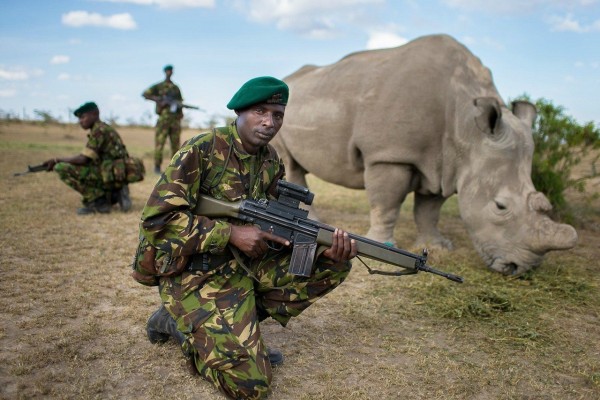 Good News Shared articles focus on inspirational stories to promote the positive, inspiring work charities and social enterprises do across the world. Fear not, this article, naturally, will feature that but it’ll be done a little differently as this is an issue very close to my heart.

People more often than not neglect how critically endangered rhinos are and this article will hopefully present some astonishing facts about these unique, modern day dinosaurs, that are heading down the same route as the bluebuck, cape lion and many more extinct African species. For this article I will just be focusing on African rhinos, but that doesn’t mean to say that other subspecies of rhinos in other various parts of the world, such as the Javan, Indian and Sumatran rhinoceros’ are not also critically in need of help.

I’m going to start off with some slightly shocking facts about these animals, read it, and then read it again to let it really sink in. Rhinos have been around for 40 million years, however it has been predicted that by 2026 the species will be declared extinct.

In 2011 the Western black rhinoceros was declared extinct, along with two other subspecies of black rhino. Currently, there are less than 5000 black rhinos left in the world.

It gets worse, as of 2014 there are only three northern white rhinos alive and the few that are alive, are in captivity, which means that their subspecies has been declared extinct in the wild.

Don’t worry it won’t all be doom and gloom, I assure you, just go with it.

The primary reasons why these animals are critically endangered are mostly due to poaching for their horn, which is then sold on the black market. Their horn in many cultures, predominantly in Vietnam, is believed to have special therapeutic and healing properties. In some Eastern Asian cultures it is believed that the horn ground up can potentially cure illnesses, prevent fever, diminish a hangover but most of all cure cancer. In other cultures just owning a rhino’s horn symbolizes power and wealth as the horn on the black market, by weight, is the equivalent to gold.

The most saddening fact about rhino poaching is that the rhino is mostly always killed before the horn is even removed, however, removing the horn is not lethal to the rhino. This is because the horn is made of keratin, the same protein that makes up fingernails and hair, meaning, that the horn grows back if cut off. So in theory, the animal could be sedated before removing the horn and there would not be this major concern for the species. There is actually no reason to kill this beautiful animal.

Now for the upside to this article: what is going on in the world to help these rare and majestic creatures? And what are the many conservation programmes, organizations and charities doing to make a difference?

The WWF is one of the more influential actors in rhino protection. In 2011, the WWF- South Africa launched a project often referred to as ‘Flying Rhinos’ where several black rhinos were relocated from unprotected and remote areas by helicopter and moved to new and much safer territory to live. The link to the short video about this powerful relocation process is listed at the end of the article. 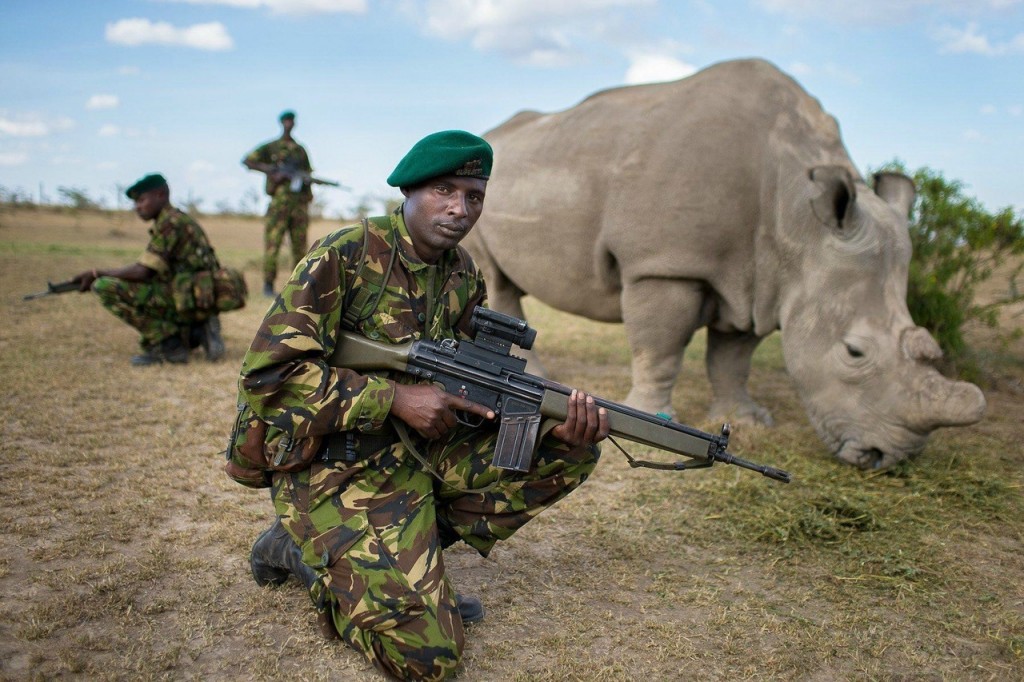 Today very few rhinos survive outside national parks and reserves; Maasai Mara National Reserve in Kenya is another successful reserve that monitors their rhinos extremely closely. Every day there are two daily patrols, one in the morning and one in the evening to ascertain the status of their rhinos. All of this information is then recorded immediately.

Additionally this reserve functions hand-in-hand with local communities, governments and other organizations to enforce legislation and appropriate penalties for illegal wildlife trade by supporting program development, workshops and the creation of regulations.

TRAFFIC, the world’s largest wildlife trade monitoring network, has played a vital role in more severe law enforcement efforts between South Africa and Vietnam. TRAFFIC and WWF are part of a scheme of using wildlife detector dogs at several airport, seaports and postal centers, not only in Africa, but worldwide to detect any wildlife products, including rhinoceros’ horns.

The Lowveld Rhino Trust (LRT) is another conservation program based in Zimbabwe who works very hard to protect rhinos and due to their exhaustive efforts approximately 80% of Zimbabwe’s black rhinos survive in the Lowveld conservancies. Some of the things LRT do are: treat rhinos with injuries from poaching or any other causation; they attempt to keep rhinos in their natural environment whilst still protecting them. Additionally rescue and rehabilitate injured or orphaned rhinos back into the wild, relocate the rhinos from high-risk poaching areas to much safer conditions. 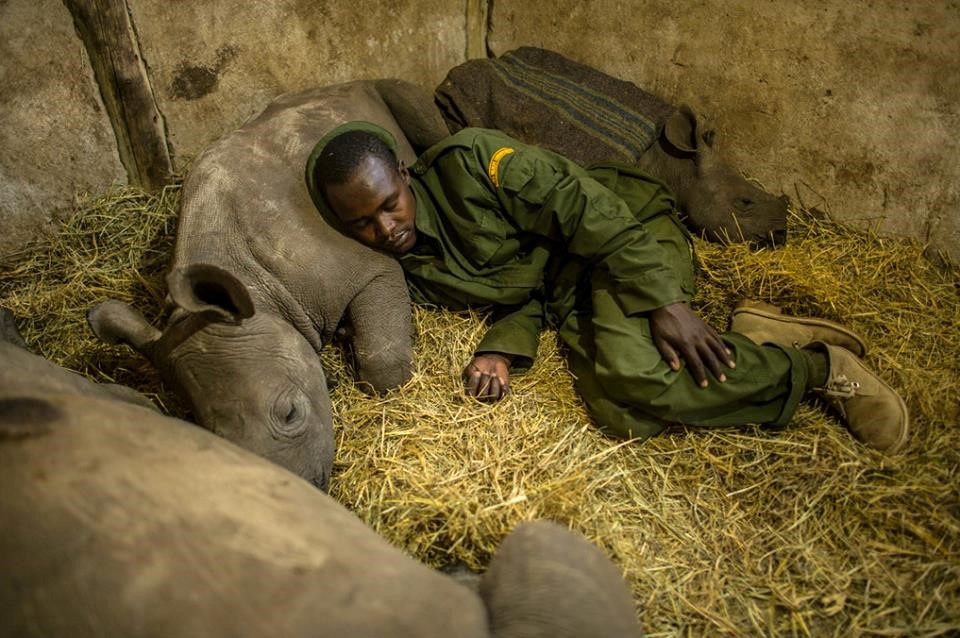 2009 showed a massive escalation in poaching and in 2013 it reached an all time high, it was evident that radical changes had to be made to protect this critically endangered species, some of these efforts were listed above. And so due to these drastic conservation efforts, 2014 marked a significant decrease in poaching. It just goes to show that highlighting the severity of this can really produce positive results, and that was only after one year. Imagine how many rhinos could be saved with this kind of initiative. Another inspiring fact is that in early 1900s there were roughly 50 white southern rhinos left and because of major conservation and protection initiatives this subspecies has risen to roughly 20,000 today.

After reading all of this, you might be thinking, of course this is all very shocking and saddening, and I want to help, but how can I help such a cause so out of my hands?

Rhinos.org offers the opportunity to adopt a rhino, where you pay a monthly fee that supports everything from medical care to maintaining the rhinos’ habitats.

Additionally WWF offers the chance to ‘Back a Ranger’, this is particularly important because we forget about all of the heroes fighting for rhinos lives, but also putting theirs at risk. Save the Rhino offer many schemes that are very easy to partake in, you could volunteer at some of their events, tasks include helping to set up the event; selling raffle tickets, selling merchandise, clearing up after the event and so on. If you’re feeling particularly adventurous, Save The Rhino also offers the chance to volunteer or work in various parts of Africa with the rhinos.

All in all, it is safe to say that it would be devastating for rhinoceros’ to be declared extinct, so please help out in the little ways you can. Stay informed, stay updated, but most importantly stay positive- it’s going to be an uphill battle but at least we’re heading in the right direction.