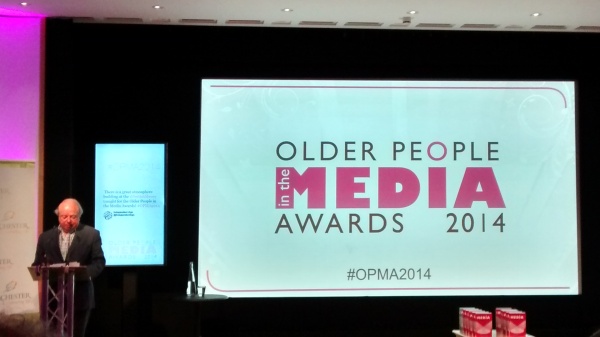 “We believe that every positive piece of coverage helps undermine the casual ageism too prevalent in society.” – click to tweet this quote 🙂

John Sergeant hosted the 3rd ‘Older People in the Media’ Awards, organised by Independent Age, and sponsored by Barchester Healthcare, on the 13th November 2014 at The British Library.

The awards are a celebration of positive news coverage on older people’s issues. 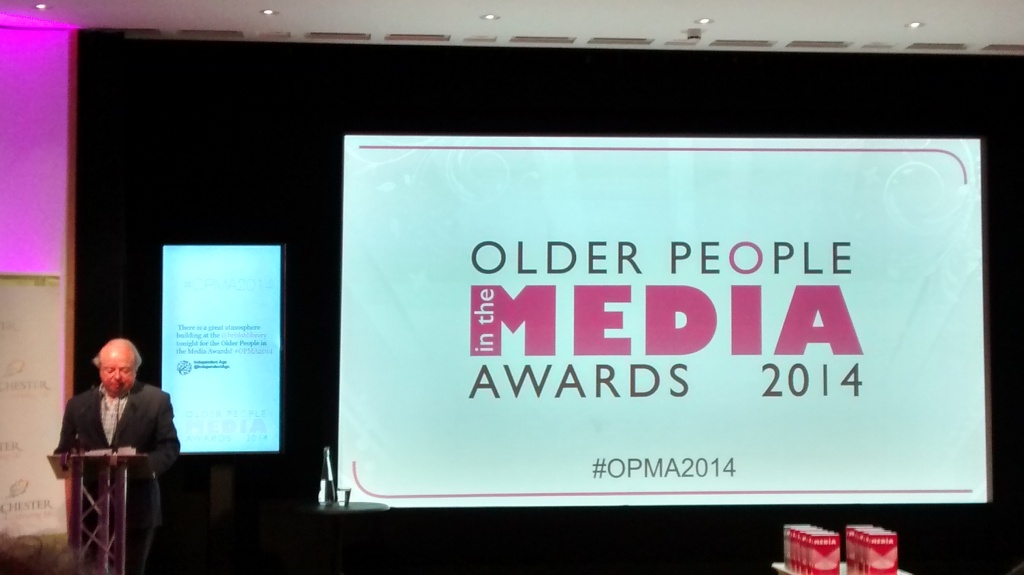 The winners at the Older People in the Media Awards were:

Winner: Life at 60, by AA Gill, The Sunday Times

Highly commended: Clearing Out My Parents’ House for the Final Time Brought a Certain Serenity, by Deborah Orr, The Guardian

Best use of Photography to Illustrate Older People’s Issues

Highly commended: Elderly Couple Through the Seasons, by Ken Griffiths, carried by the Vintage Festival

Winner: The Saddest Goodbye: illustrations by Tony Husband, featured on The Mail Online

Highly commended: Bungalows and Biscuits, by Hollie McNish, on YouTube

Winner: You & Yours BBC Radio 4: for their series of reports focusing on older people’s issues

Best Older Person’s Character in a Film, TV or Radio Drama (Gransnet special award, voted on by the readers of Gransnet)

‘The Thorn Award’: Worst Example of Stereotyping, Factual Error or Misleading Information in the Coverage of Older People’s Issues

Winner: The Times 2 for carrying Old People – 10 Ways For You to be More Useful, by Deborah Ross