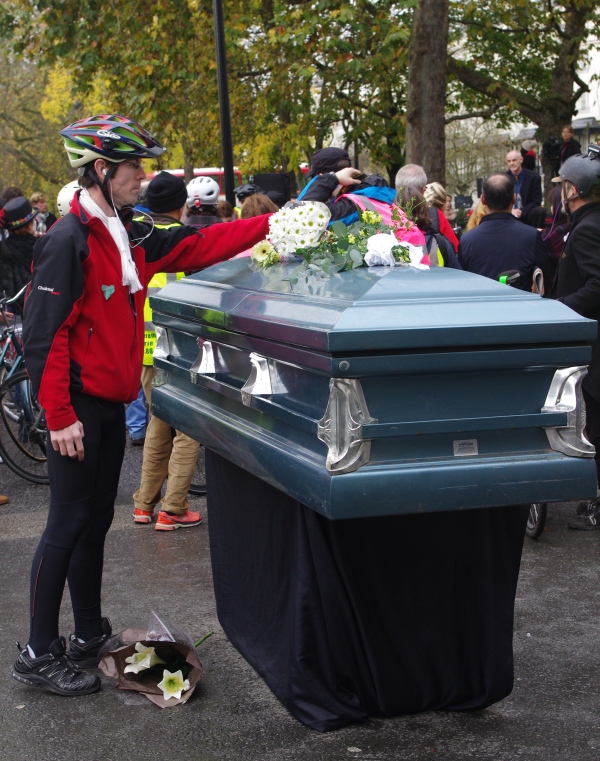 National Funeral for the Unknown Victim of Traffic Violence

The story of a National Funeral might not seem like good news to most. But as hundreds of mourners made a solemn procession behind the stunning horse-drawn hearse, blocking off a whole lane of traffic along Oxford Street in London, there were some very positive reasons for them being there; memories of friends and loved ones lost, joint hope for a better future, and a belief that there should be room in the world for everyone. 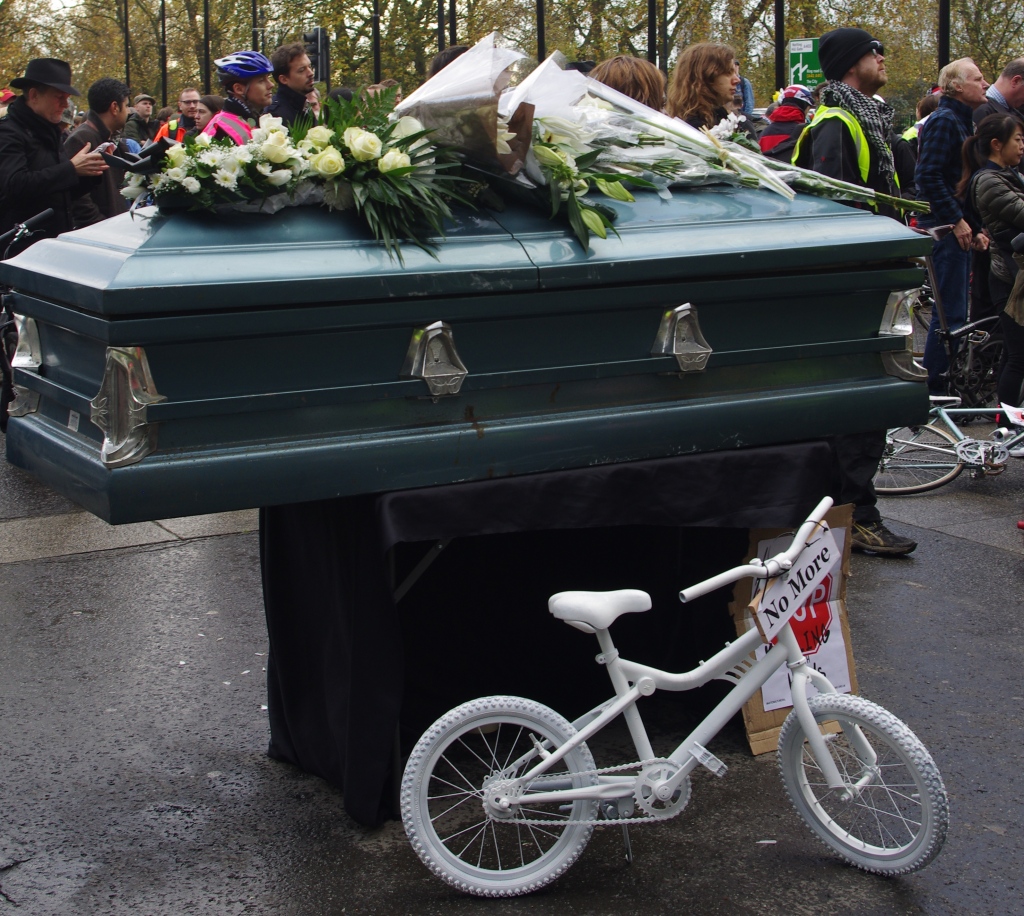 On Saturday 15th November, road-safety initiative Stop the Killing hosted “A National Funeral for the Unknown Victim of Traffic Violence.” The day was many things; a protest, a memorial, a time to raise awareness. Everyone there was there to express a concern for the impact of heavy traffic in the UK’s towns, and cities, and the threat it causes to pedestrians, cyclists, children, the elderly, and the national health of all of us living in such polluted environments.

The message of the day was simple; space needs to be made for everyone in our streets. The funeral, followed by a die-in (where protesters symbolise the deaths cause by a particular issue by lying on the ground as though dead) was poignant, since, as the charity reports, over 26,000 people have been killed on the UK’s roads in the last decade.

Speeches were made by two people who had both come close to death on London’s roads, one run over by at HGV, the other put in a coma by an Oxford Street bus. The former spoke of a need for compassion from all road-users, and most of all, from the UK government when making infrastructure decisions. Finally, and most movingly, a speech was made by the mother of a 19 year old women who was killed on a UK road several years ago. 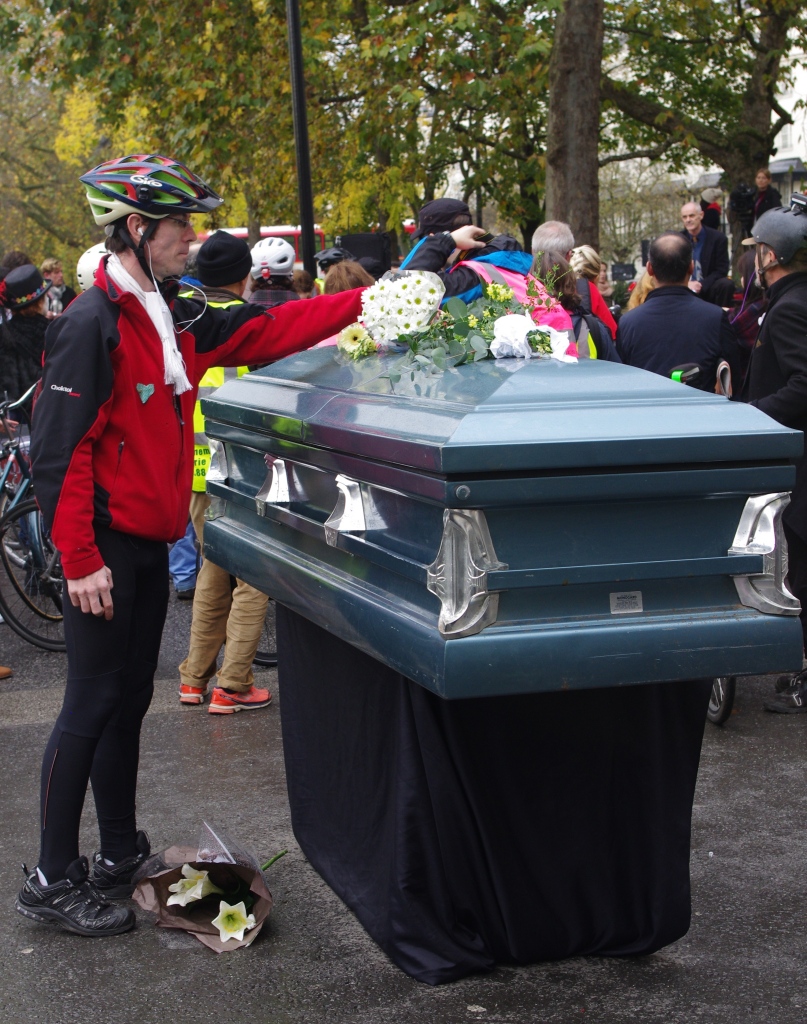 Both the collective grief, collective hope, and most of all, the collective action to make things better made the National Funeral an exceptionally moving and inspiring day. There is no denying the anger and frustration underlying the mood at times, where it had to be asked- why is more not being done to prevent these deaths, and improve the safety of those trying to get by on the UK’s streets?

Overall, however, the day was positive, there was a sense of camaraderie, best symbolised when a policeman and a young cyclist were seen jostling together, not in aggression but in jest; as it turned out, they had realised that the cyclist had recently out-bid the police-man on e-bay for the beautiful chrome single-speed he was riding. He even gave the policeman the chance to ride the bike. There was also some great humour too, with one protester remarking:

The National Funeral gave people a chance to show their pride at the way they choose to live, and their defiance against being forced away from the freedom of the roads through fear.
Share this article