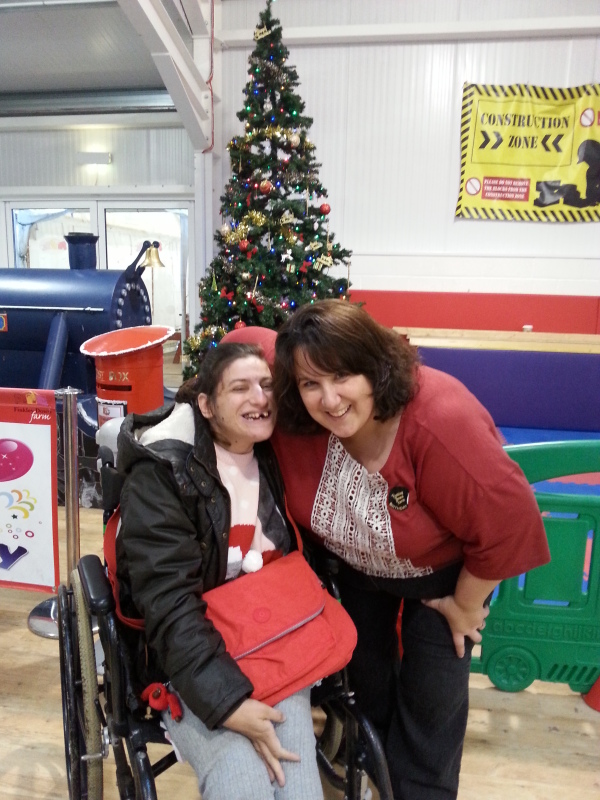 Volunteering As A Buddy Has Been Life Changing

“Enham Trust has enabled me to live the independent life I choose.  I really savour my independence and like the fact that I’m encouraged, and supported, to be independent.  This week I’ve been into a local bank on my own to open my own account; something  I did not have the confidence to do before.” – Jenny Underwood

Jenny is a 33 year old lady who lives in an Enham Trust -owned  flat with her friend Chelsea, located  in the village of Enham Alamein near Andover, Hampshire.  She is a Care at Home client of the leading disability charity Enham Trust. 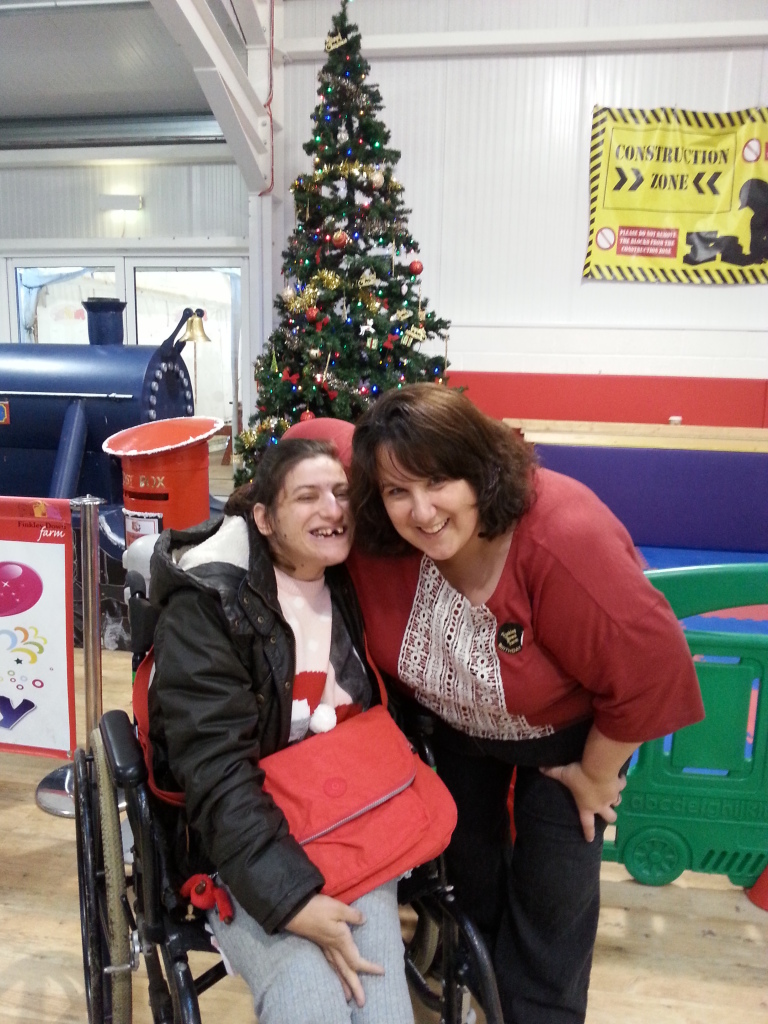 Jenny was born with Cerebral Palsy and is a wheelchair user.  She first went to Enham Trust as a resident in 2005. Since then she has transitioned to living independently and is about to move to a new purpose-built flat in Andover town centre.

“This will be a much better place for her to live as she is always in town because she loves shopping, coffee and eating out!” – Marie Wilds, Business Development Coordinator at Enham Trust.

“Getting to know Jenny, I learned how passionate she was to get more actively involved in the life of the church and to extend her network of friends. There is an internship in our church called the Joshua Challenge. Jenny was keen to participate but there is a formal interview process to get on to the course and she wasn’t confident  about taking this forward. I encouraged her and supported her through the process.”

Marie has also helped Jenny become involved with the church more by taking her to social functions being held there. 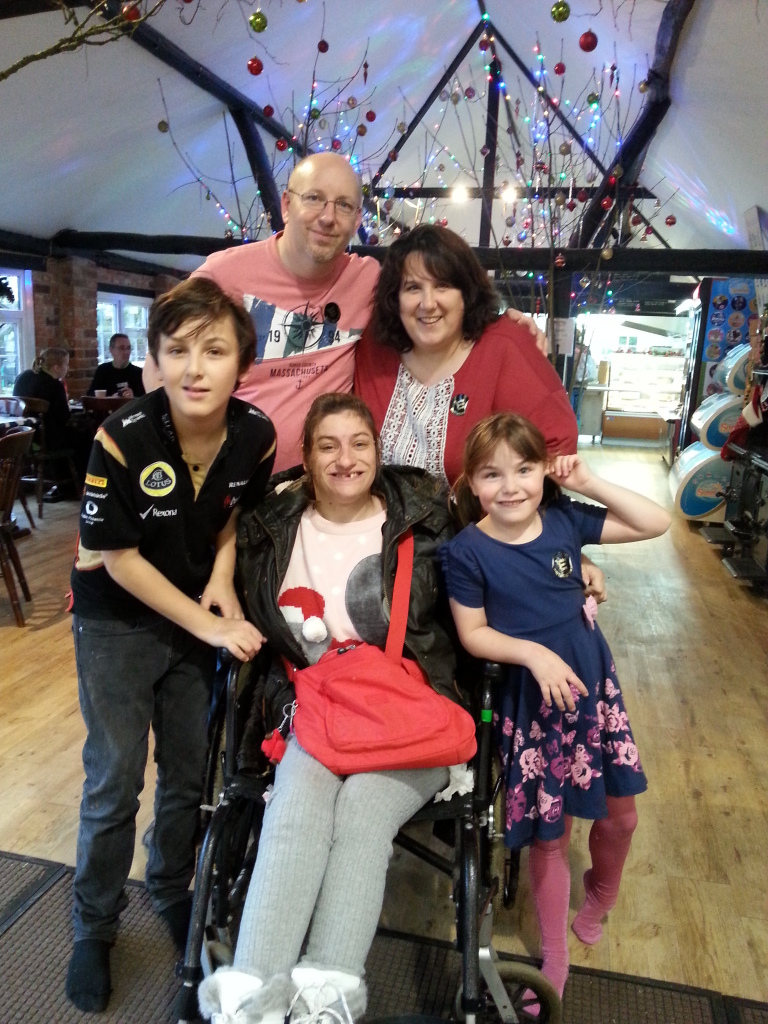 Jenny with Marie and her family

“Over a short space of time Jenny has become a member of my family. My husband, son and I play in a local brass band. We invited Jenny to one of our concerts and she loved it so much that she is now a regular supporter. She comes to all our concerts, fetes and other gigs. The band members have all welcomed her with open arms and she now wants a band polo shirt, so she can officially be a non-playing member!”

Jenny was a special guest at Marie’s daughter Madison’s 7th birthday party at the end of November, and Marie has been invited to Jenny’s parent’s 40th wedding anniversary in February 2015. 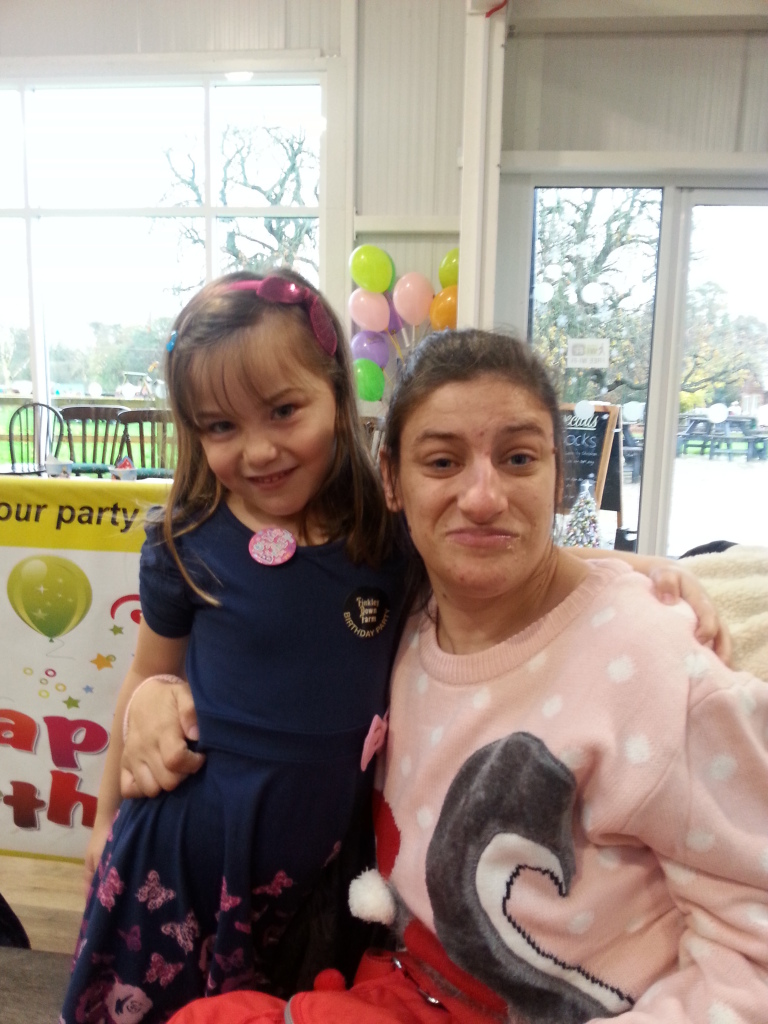 Enham Trust has around 100 active individual volunteers who work in a range of roles, including the ‘buddying’ role that Marie does. The charity is all about ‘the power of yes’ – saying yes to opportunities, pushing boundaries and challenging the limits of what’s possible. If you would like to become a volunteer at the Enham Trust please visit their website for more details: www.enhamtrust.org.uk/Support-Us/Volunteering