Cheltenham Charities in the Spotlight Via @Chelt52

Coming back for its second year, @Chelt52 is aiming to showcase Cheltenham charities, businesses, and good causes through the course of a year on Twitter.

@Chelt52 was created in 2013 by Sophie Fryer and Liam McKinnon, and has since celebrated its first anniversary in October 2014. Being such a success, it’s coming back for another year, starting in January 2015. 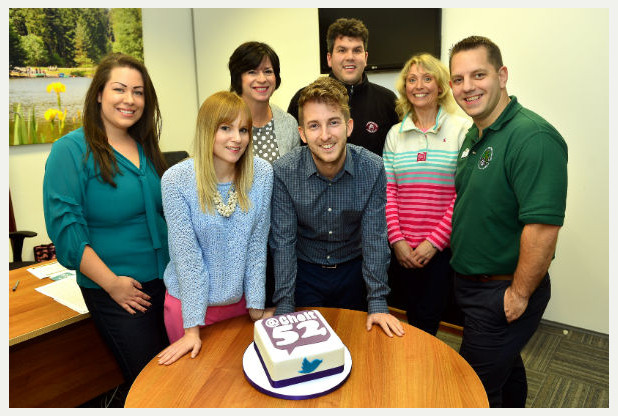 Each week, for 52 weeks, the Twitter account is handed over to a different organisation so they can show the wide audience what they do for their community. Last year, Chelt52 showcased the Gloucestershire Girl Guides, GAVCA (Gloucestershire Association for Voluntary and Community Action), the Cheltenham Animal Shelter, and the Chedworth Roman Villa, among many others. This year, followers can expect tweets from many more organisations, including health support groups such as 2Gether Trust, The 100 Project, and Pretty Bald.

All in all, this innovative idea illuminates the little hidden surprises that make Cheltenham so diverse and unique. Founder Liam said,

“One of the most rewarding aspects of @Chelt52 has been providing a platform to such brilliant charities and causes, who may not ordinarily be able to reach a large audience. There’s so much great work going on in Cheltenham for a variety of causes and, one week at a time, we want to shout about the work they do”.

And people from last year agree with him:

“We love Twitter, we love Cheltenham and this seemed to be that combination realised!” – Thrill Collins

“We took part in @Chelt52 back in July and we had a fantastic time interacting with local people and businesses. It is a fantastic initiative that shows connective marketing at its best” – Contemporary Cake Designs

So, for those of you on Twitter, keep an eye out for @Chelt52 this coming January – you never know what you might discover!

Sophie Broughton is currently a job seeker. She has a love for writing and creativity, and is leaning towards a career relating to that.