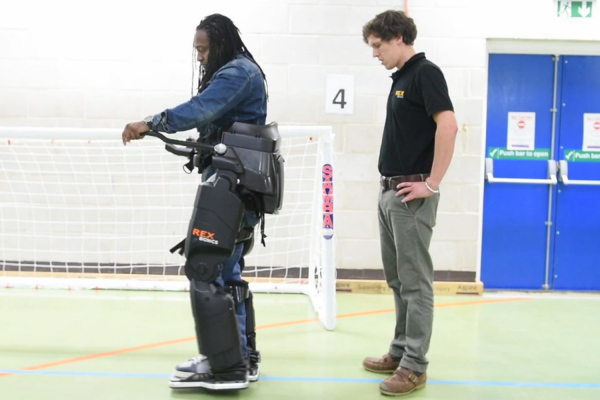 By Charlotte Ballantyne on January 19, 2015 0 Comments

In 2004, Nicholas “Pikki” Fearon, broke his back in a life-threatening motorbike accident, and was told he would never walk again. Who could have predicted that eleven years later he would be saying:

“Standing and walking again.. felt weird and wonderful.. It’s fantastic to be back at eye level with everyone again” 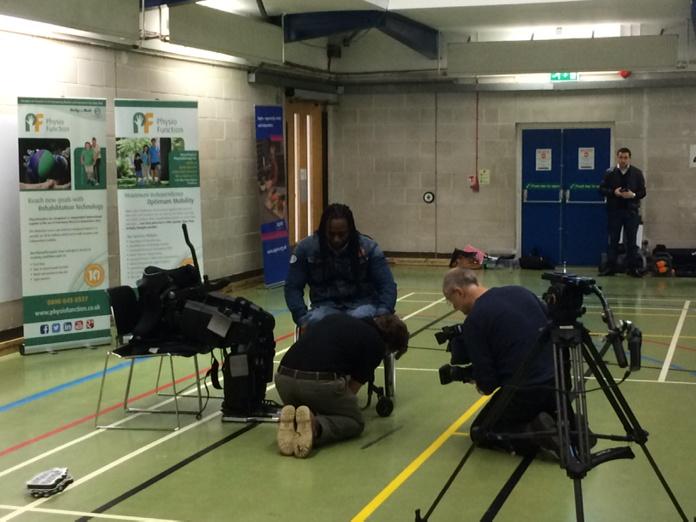 Following his devastating, life changing accident back in 2004, Pikki refused to give up. He didn’t let the accident stop him from living his life, and with dedication and determination, he has battled through his injuries. He has gone on to produce acclaimed films, including ‘Rollin With The Nines’ and “Dead Man Running’. Pikki is also a mentor for others suffering from spinal injuries, and is preparing to compete in powerlifting at the Rio Paralympics in 2016.

Things changed dramatically for Pikki again on the 15th January 2015. On this date he became the first person to undergo Robot Assisted Physiotherapy (RAP) at Aspire, which allowed him to walk again for the first time in eleven years.

Aspire is a charity providing assistance to people paralysed by spinal cord injuries, like Pikki, who has been a regular visitor to their Stanmore based centre for many years. The Robot Assisted Physiotherapy project has been undertaken with the help of PhysioFunction Ltd, a leading provider of physiotherapy rehabilitation technology, and Rex Bionics plc, who developed the REX robot technology which enhances mobility, and was used by Pikki to walk again. 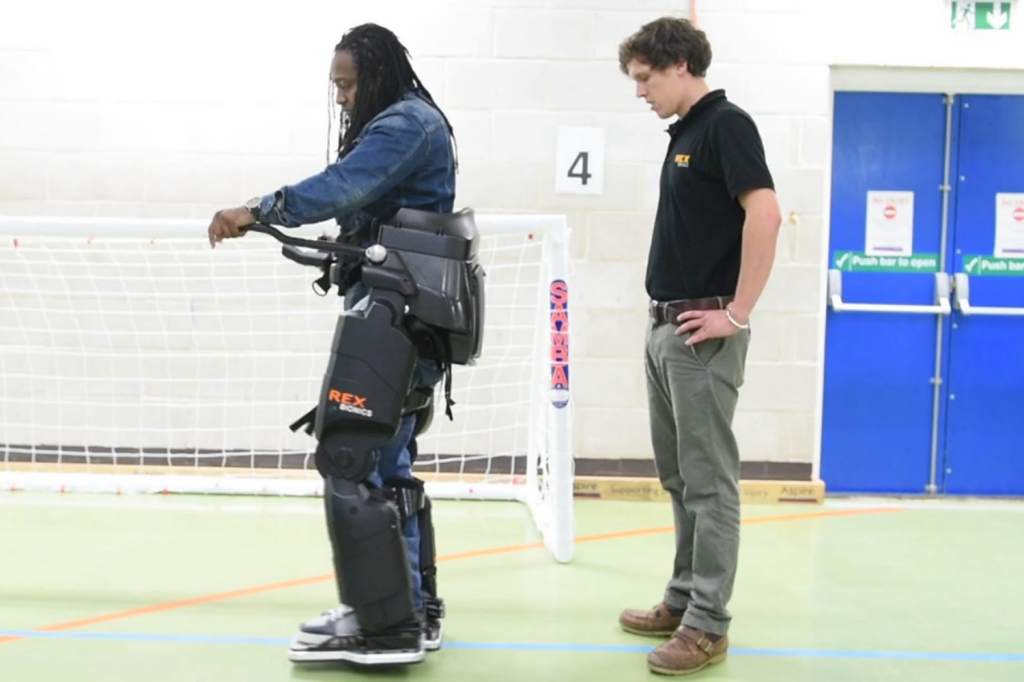 During Robot Assisted Physiotherapy, patients are lifted into a standing position by REX, to allow them to carry out walking and stretching exercises, while being supported by the machine. The exercises have been designed by physiotherapists, in order to improve the health of patients. Extended periods of time spent sitting – as wheelchair users must – can lead to various medical problems, so these standing exercises can help to improve cardiovascular activity and joint movement. REX can be used for people with complete spinal paralysis, but also by people who have suffered from strokes, brain injury, multiple sclerosis or muscular dystrophy.

Jon Graham, Chief Executive of PhysioFunction, explains that, “REX offers additional benefits to the user, because unlike other exoskeletons which require the use of crutches or a walking frame for stability, it allows users to retain the use of their hand and upper body.” 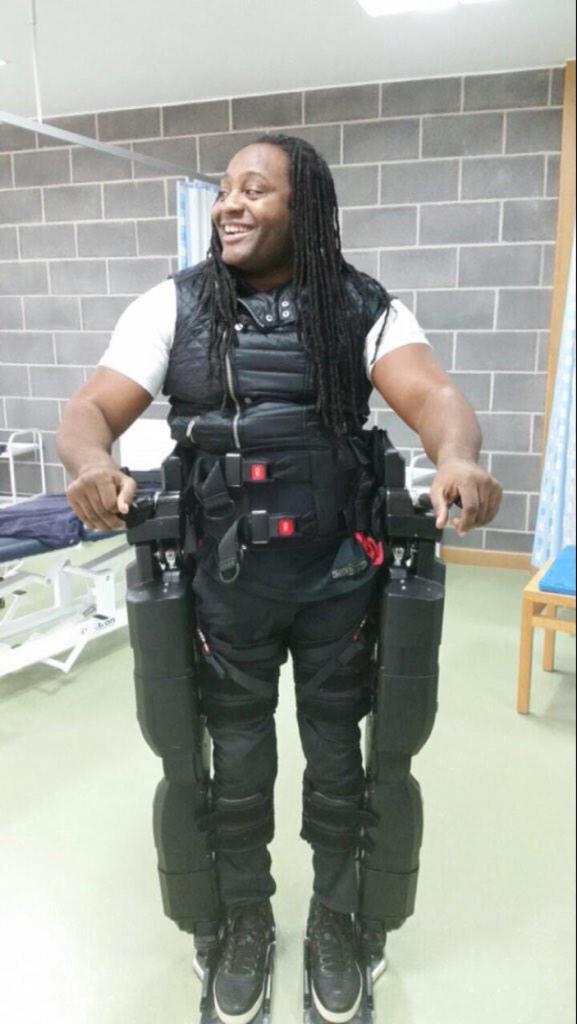 Brian Carlin, Chief Executive of Aspire, said, “Aspire provides practical help to spinal cord injured people across the UK, helping them move from injury to independence.  We are therefore excited to be able to support Physio Function’s Robot Assisted Physiotherapy with REX which can help disabled people to maximise their independence.”

Aspire, PhysioFunction and Rex Bionics hope to use this technology to help as many people as possible with spinal injuries. They have launched an appeal to raise funds to purchase a REX device and allow people to begin Robot Assisted Physiotherapy.

The response to this news has already been overwhelming and highly positive, with the hashtags #PikkiWalks and #PikkiCanWalk appearing across Twitter on Thursday, and hopefully this will help raise awareness and provide Aspire with funding for the project.

Pikki said “Standing and walking again in REX felt weird and wonderful but natural at the same time. It’s fantastic to be back at eye level with everyone again.”

See the life-changing moment when Pikki walked for the first time in eleven years in the video below: