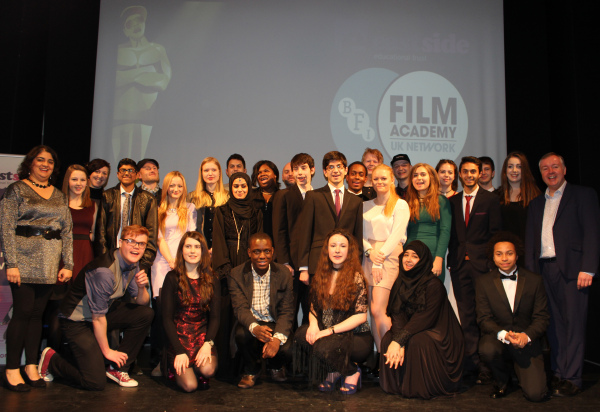 Could These Filmmakers Shape British Cinema in Years To Come?

23 participants aged between 16-19 took part in a series of workshops and masterclasses in sound, editing, lighting and screenwriting run by Eastside Educational Trust in partnership with the British Film Institute (BFI).

Run over a three month period, participants were split into teams and completed five short films with an industry expert acting as a mentor for each. The brief for the course was simple: the theme of each film had to be ‘home’ and each had to feature a wooden red box. The five teams created films in various genres, ranging from horror, suspense, thriller, drama to documentary. 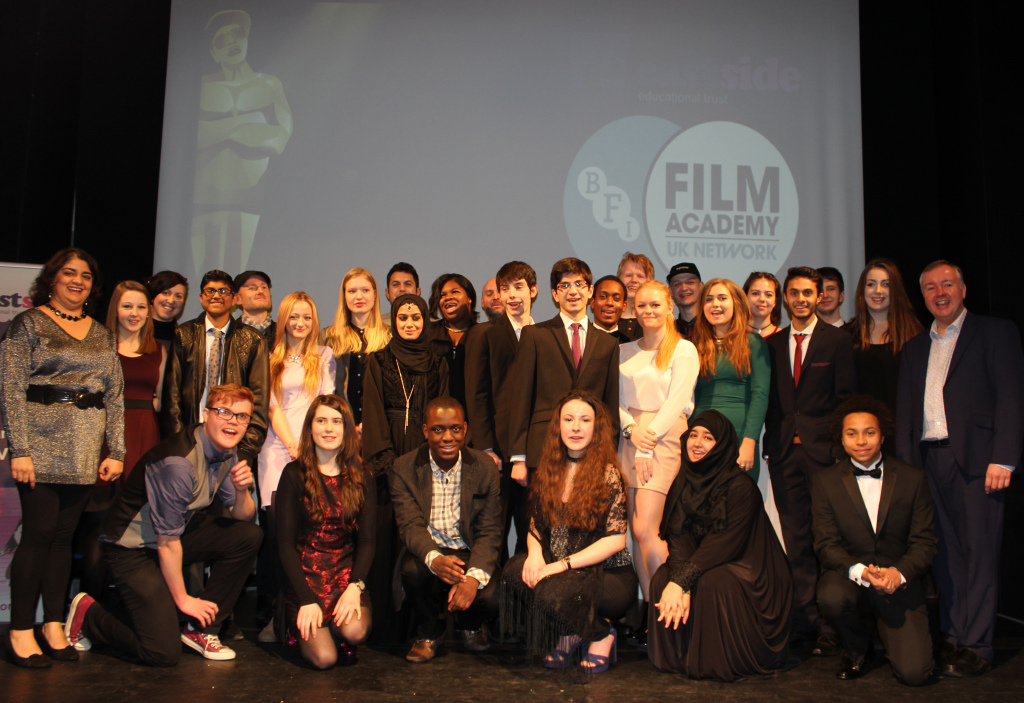 The culmination of three months work ended in each of the films being premiered at the Rich Mix Arts Centre in which Pushing Daisies won the audience award for Seeing Red; while the others picked up a series of other light-hearted awards.

What is impressive about each of the short films is how quickly and effectively the teams have managed to master various techniques. Seeing Red for example opens with a point of view of an unknown character walking thought a council estate while we [the audience]hear the distinct sound of their footsteps. These two effects come together to nicely help build the tension of the piece from the get go. It is also hard not to be impressed by the lead performance of Shashin Hall. Persistence by Dream Wired Films has perhaps some of the nicest shots out of the 5 films. The one which struck me the most was when protagonist Jane is silhouetted in the forefront of the shot. Likewise with Leo by 4:1 (a story told from the point of view of a dog) the team through use of camera work and sound editing have been able to convincingly mimic the characteristic and movements of a cyanine.

One thing that struck me about each of the films (with the exception of Broadway: Behind the Market) is how reminiscent of early French New Wave cinema the films are; though one expects this is due to budget limitations rather than artistic intention. However, having a limited budget isn’t always a bad thing as proven by team T.A.P.P.L’s contribution One More Shot; as in general it forces film-makers to be more creative with how they tell their story. This is seen in the way T.A.P.P.L used lighting to substitute having a real ambulance. The final short film Broadway: Behind the Market is for me the film that best captured and made use of the conventions of the genre it was portraying; and as a result came across as the most polished and professional.

Overall there is a lot to be impressed by in each of the films, which is why it only seems fitting that the teams are now working towards a Silver Arts Award as part of the course. They are also working with the Tug Agency to learn about promoting their film and digital distribution.

Have a look below and decide for yourselves, could some of these young film-makers be shaping the future of British cinema in the years to come?

Seeing Red – The emotional and thought-provoking story of a young man who is battling his demons.

Persistence – A creepy and atmospheric psychological thriller when a young woman gets more than she bargained for from the mysterious red box that appears in the living room.

Leo – A unique short film about a furry, four–legged character named Leo with an unusual point of view.

One More Shot –A cautionary tale for teenage party-goers and a powerful message about knowing your limits…and getting a second chance!

Broadway: Behind the Market – A short film providing a fascinating insight into East London’s famous Broadway Market; the documentary investigates the changing face of the local area.

Karl Henry - writer, reader, amateur filmmaker, and connoisseur of fine television. He may or may not finish sentences with the phrase "or am I" in the vain attempt to make himself seem more mysterious. Or does he?