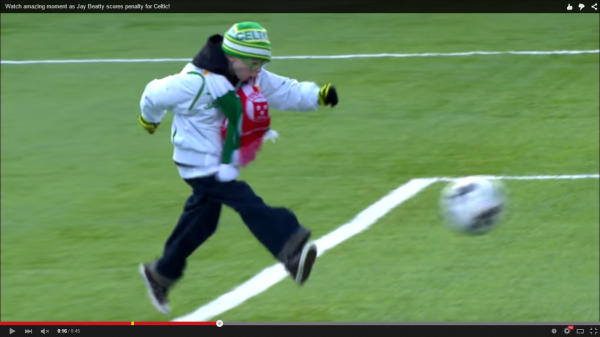 Celtic fan Jay Beatty has won the Scottish Professional Football League Goal of the Month Award for January with a half-time penalty at Hamilton. The 11 year old boy, who has Down’s Syndrome, made the headlines last year after his favourite player Georgios Samaras carried him round the pitch when Celtic won the Scottish Premier League title.

The 11-year-old, who has Down’s Syndrome, was announced as the winner after receiving 97% of the votes cast by the public. Georgios Samaras, Jay’s favourite player, announced the victory with a special message – click here to watch the video.