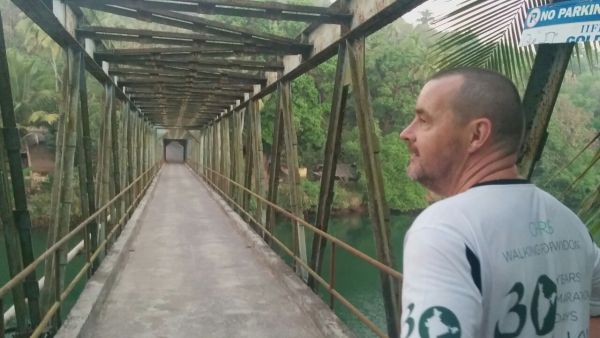 How to Plan the Ultimate 30th Anniversary Celebration

To mark his 30 years of service Chris decided to walk 30 marathons in 30 days, from Mumbai to Bangalore, a total of 1,260km. India is like a second home to Chris; As the Chairman of the India practice, he spends half his time working in India and the rest in the UK. 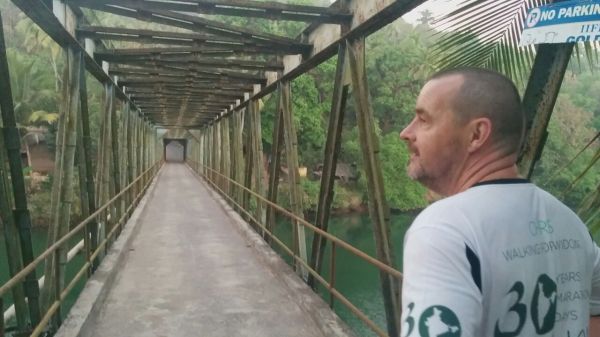 Chris’ Past Fundraising for the Loomba Foundation

In 2011 Chris raised over $200,000 when he cycled from London to Gibraltar in 2011. Chris became actively involved in the Loomba Foundation after visiting a school where he met some children who were attending the school as a result of the work the charity does.

At present the Loomba Foundation is only active in India and they have 2 main programs. One is educating the children of widows. They are currently educating around 1,600 children across 13 different states. 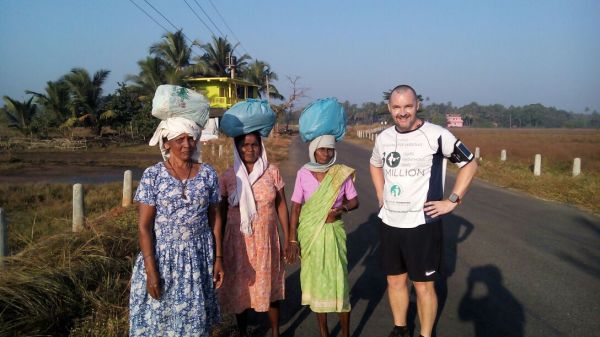 The other program consists of empowering widows by rolling out sewing machine programs in various states. This program trains them to use a sewing machine (including how to make garments) and at the end of the course they are given a sewing machine to keep. The aim of the program is to help widows become self-sufficient so they can earn an income, change their lives and support their children and family

How Chris Planned His ‘Walk for Widows’ Fundraiser

The decision to walk 30 marathons in 30 days from Mumbai to Bangalore was taken 2 years prior to actually setting off. This gave Chris enough time to train, prepare and plan for the walk which started on 10th January 2015.

The route was pre-planned to take into account where to stop off for lunch and for sleeping. Walking uses different muscles to running so it requires a totally different regime. Chris managed to get advice from Sarah Botham (daughter of Ian Botham who has walked long distances quite a few times over the years) and from an adventurer called Alastair Humphreys. They provided advice on footwear, clothing, food and how to prepare i.e. breaking in a number of trainers prior to the walk.

Chris sacrificed time with the family to use every available moment to walk and increased the distance he walked as time went by. Chris was going to be accompanied by a team that included a physio, driver and someone that works for the Loomba Foundation to cater for his needs. This was to ensure Chris only had to concentrate on walking. 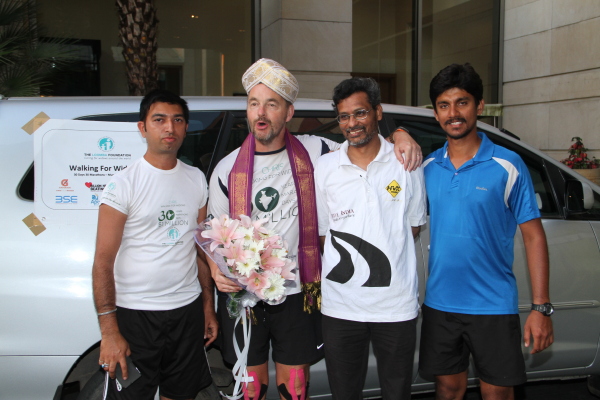 Chris with his team at the end of the 30 days

Chris set off from the Gateway of Mumbai and headed towards the coast. It wasn’t without his mishaps as Chris had a head injury on the 3rd day, had to contend with blisters and the mental side was very very tough.

Walking 42km every day took him around 8 or so hours so was very difficult. He took naps during the day to help him complete the walks and slept in places like car parks, fuel stations, courtyards and even a restaurant table on one occasion. He had around 8 painful physio sessions a day. On some occasions passers-by thought he was being attacked as a result of the pain! 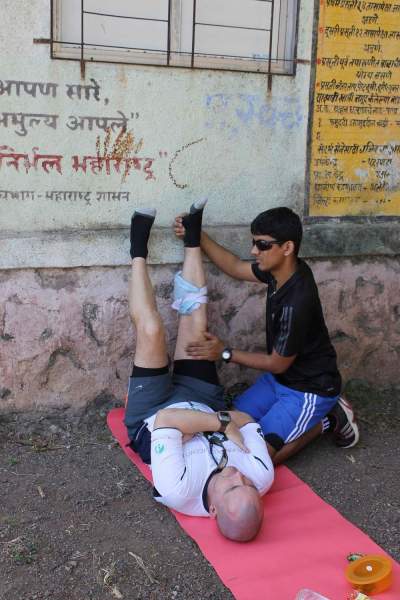 Chris with his physio

Most of the route was scenic. He encountered some wonderful wildlife like Langurs (monkeys), birds (bee-eater) and a Cobra snake. He walked along the coast for quite a few days and had a day or two amongst coffee plantations in the state of Karnataka. Some parts of the walk were more difficult and even dangerous.

He passed by Goa which was delightful and very different to the rest of India because of its Portuguese influence. He spent 4 days on National Highway 17 which was dirty, dusty and had drivers driving the wrong way where he was walking. He was joined by a friend for a couple of days and the last part of the walk, he was with his son.

The temperature throughout was generally warm but there were some hot days which made completing 42km very tough. After 30 gruelling days Chris completed the walk in Bangalore. 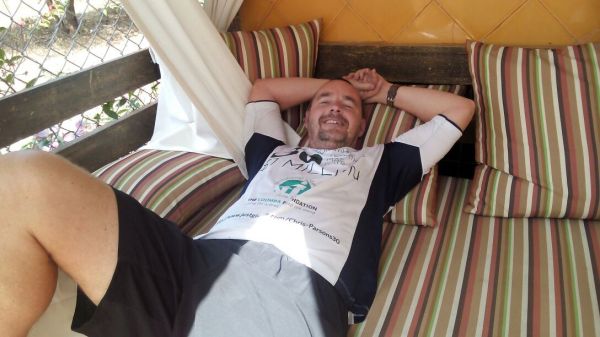 Why Widows Need Our Support

There are 245 million widows globally and over 115 million of these women live in poverty. Widowed women can experience targeted murder, rape, prostitution, forced marriage, property theft, eviction, social isolation, and physical abuse. The issues faced by widows are particularly acute in Asia and Africa.

In India they have faced discrimination for many years and are even abused by family members. When they lose their husbands they have no income so their children in some cases have to work in the streets or in factories rather than going to school.

The Loomba Foundation was founded by Lord Loomba CBE who established the charity in memory of his mother who was a widow so he witnessed first-hand how widows are treated. He lobbied the United Nations and produced research which showed the extent of the issues faced by widows worldwide.

In 2010, the UN adopted 23 June (the date his mother became a widow) as International Widows Day and this day is marked every year by the UN. The issue of widows, however, still suffers from low awareness.

For more information and to find out how you can help please visit the Loomba Foundation website.