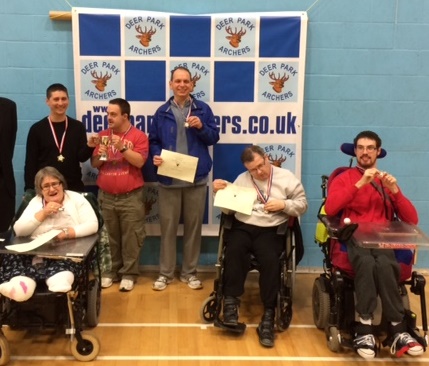 The group collecting their medals (right to left - Craig, Simon, Patrick, Owen, Robert and Jo in the front)
Inspirational People

By Nisha Kotecha on March 6, 2015 0 Comments
The group collecting their medals (right to left - Craig, Simon, Patrick, Owen, Robert and Jo in the front)

A group of passionate Archers from leading disability charity Enham Trust near Andover in Hampshire, took part in their first ever Archery competition and walked away with a gold medal!

Robert, who has learning disabilities and has been practicing Archery since he joined Enham Trust over a year ago, commented beforehand:

“I’m looking forward to it! I really hope I get a medal. I hope I win, but I don’t know if I will. It would be good to get a certificate.” 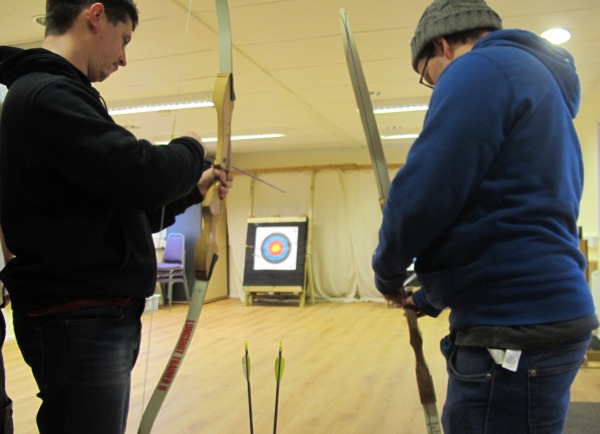 Robert (left, who won the gold) practicing with Matthew (right) before the competition

Robert’s hopes were soon realised as he did indeed get a medal. But not just any medal – a gold medal! He said:

“I didn’t think I’d win! I thought Patrick would win the gold. My parents are proud of me.”

Team-mate Patrick won a silver medal and the group won a collective bronze medal for their exceptional efforts.

The group collecting their medals (right to left – Craig, Simon, Patrick, Owen, Robert and Jo in the front)

The group, who all have various physical and learning disabilities, were brought together by the charity Enham Trust to explore their mutual interest in the sport with the training of local Archery experts TenZone Targets, supported by Enham Trust Personal Assistant Murray Warren.

As the collective confidence and ability of the team grew, they all expressed an interest in taking part in an archery competition and so Enham Trust enrolled the team in the Deer Park Archers 2nd Para Archery FITA 18.

The team made the 150-mile round trip to Cheltenham to compete against 49 other Archers of varied levels of ability and experience. Archers taking part in the competition had to shoot a timed round firing 3 arrows in just 2 minutes. Enham Trust’s team shot at a target 10 meters away, a specially modified distance.

Steve Olding of TenZone Targets who has been training the team, couldn’t be prouder! He said:

“They were still wearing their medals a week after the competition! It was a long day but they did so well, never let their nerves interfere and represented Enham perfectly. They’d never shot on full-size boards before, either, so to get the results they did under the pressure of their first competition is brilliant!

I’d also like to thank all the Personal Assistants who attended to support the team and organised getting everyone out there – it wouldn’t have been possible without their dedication.”

This all-day ‘inclusion tournament’ is currently in its second year and saw hundreds of Archers compete, including those who competed in the Invictus Games last year. 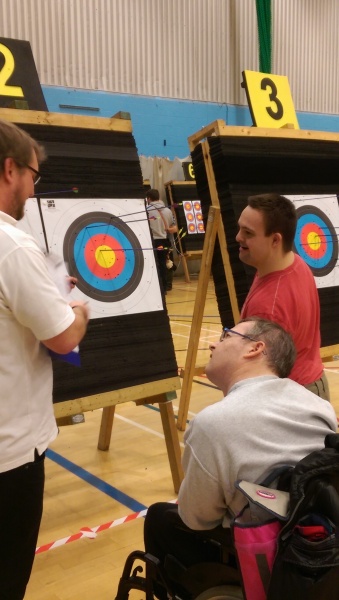 The team had such a great time that they are making plans to compete again next year! Find out more about the Enham Trust by clicking here.