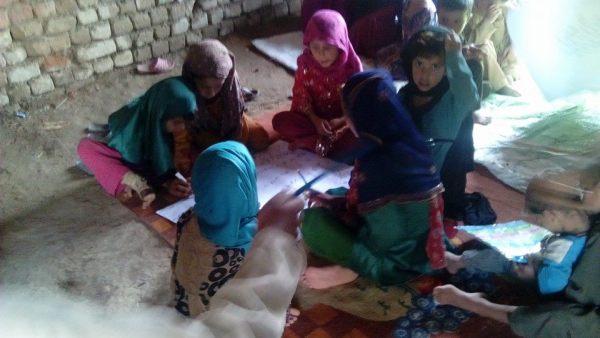 Pakistan is the owner of a few statistics that it is none too proud of, as a recent UNESCO study revealed. The country has the second highest number of children out of school in the world, with almost 5.5 million not in education. It also has the third highest illiteracy rate in adults. Even those children who go to school aren’t receiving a complete education either. Fortunately, there are people out there trying to change that.

The Tent School System was set up in 2011, by Zulqarnain Jameel. Jameel is a graduate of Fast University, who worked as a Software Development Officer after graduating. However, he left his job to follow his ambition of providing better education for the children of Pakistan. The Tent School System operates in an Islamabad slum, offering free education to children who don’t even have basic necessities.

Jameel is also a student on a Masters of Innovative Technologies in Education programme at SEECS, NUST, which helped him develop his school’s teaching methods. He conducted research on “Online Collaborative Learning in Pakistan”, before opening the school. Instead of traditional teaching resources, the school relies on modern innovative technologies, in particular, games and learning apps, built by Jameel and another developer on their two tablet computers. There is also an ‘innovation lab’ for the children, where they can use what they have learned to build their own inventions, which you can see in the video below.

The school’s name comes from Jameel’s initial plan to set up a tent in the slum, to use as the classroom. However, when he arrived, he received a large amount of support from the local elders, who provided a space for him to use instead. As he explains, “This was unexpected, and we did not feel the need to use the tent, which still remains packed in my car.” 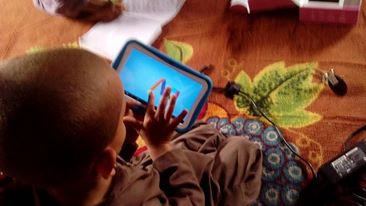 Jameel has also spoken about the teaching methods at the school, which revolve around promoting innovative thinking and getting students to solve problems themselves. He says, “Basically, this theory says that if you are teaching a group of students, you should not solve the problem for them rather let them solve it through their prior knowledge. The teacher should not snub a child or in other words limit their thinking capabilities.”

He believes that the traditional education system is too concerned with imparting information, and limits a child’s capacity for creative thinking: “When a child is about 3-4 years of age, he gets curious about every little thing around him, and then we put him in school. Teachers at school start telling the child what to do and what not to do, and here is when we limit their creativity and thinking ability.”

The Tent School System currently has around 30 students between the ages of 3-12, in the H-11 slum in Islamabad. However, the school aims to expand in the future, opening more schools in other slum areas, and building links with parents and other schools. Their ultimate goal is to eradicate illiteracy in Pakistan by 2020.

However, they need funds to do this. They are currently running a crowdfunding campaign on HelpingB to do just that, aiming to raise £3,000 by 25th March. Crowdfunding can help them attract other potential donors, and they hope to use the money to open three new schools, in the G14 slum of Islamabad, Charsadda (KPK) and Swabi (KPK). The money would go towards the tents, lighting, stationary and two tablet computers for each school. Click here to find out more about the campaign.