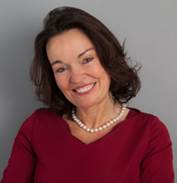 L’Oréal-UNESCO For Women in Science Awards

For 17 years, women in the science industry have been celebrated for their incredible efforts and contributions to the research field, from curing diseases to protecting the environment, at the annual L’Oréal-UNESCO For Women in Science Awards.

This year, Professor Dame Carol Robinson has been awarded the European Laureate award, making her the fifth British scientist to have won the European award in the 17 years of the programme’s existence.

An Unusual Path to Success

Working in physical chemistry with the mass spectrometer, Professor Robinson is being honoured both for creating a revolutionary method for protein function study, membrane proteins in particular, and establishing a whole new scientific field: gas phase structural biology. Her pioneering work could have a significant impact on the field of medical research in the coming years.

Professor Robinson has not done things the conventional way: she left school at 16, studied part-time whilst working and then took an eight year career break to raise her children before returning to academia.

In the video below Professor Robinson shares her inspiring journey into science and the challenges women in the scientific industry face. She also details how the For Women In Science programme supports future generations of women entering scientific vocations, and what it means to be awarded the European Laureate award.

Only 30% of the world researchers are women and many barriers and obstacles discourage women from entering or pursuing a career in science.

Professor Robinson is keen to encourage more women into the profession, saying:  “There are perceived challenges for women in science. I think the challenges relate to the fact that it’s considered a very macho long hours culture. I think this is what we have to dispel because I really believe it’s one of the most flexible careers you can have. I never missed anything at school. I was at the school gates quite regularly, I never missed a sports day, a nativity scene – I was there. I think there are very few jobs you could do that.”

Dedicated to both honouring distinguished women scientists and supporting promising young researchers, the L’Oréal-UNESCO program gives five annual Awards and accelerates the careers of 15 exceptional young women chosen among over 230 Fellowships awarded every year all over the world. Since 1998, the For Women in Science program has honoured 2,250 greatly talented women in over 110 countries.

For more information please visit the For Women in Science website.