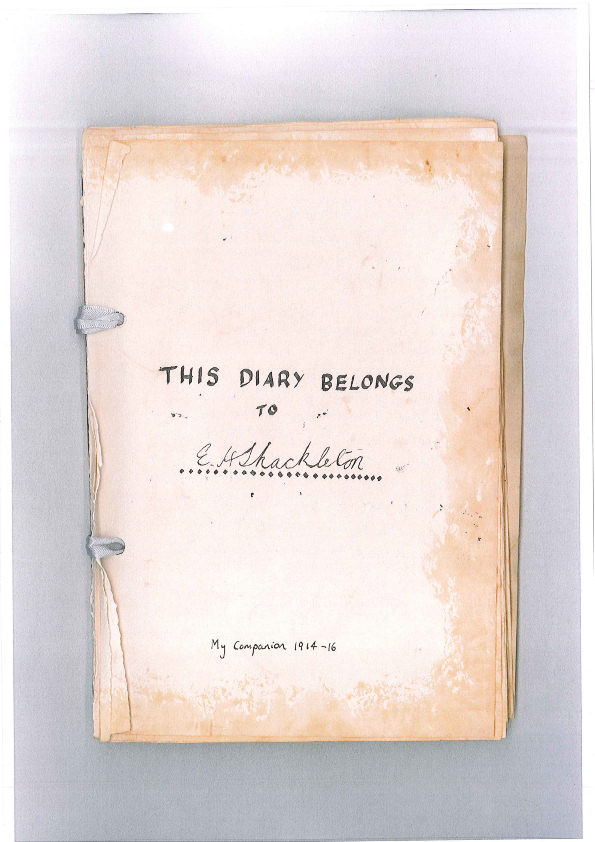 Imagine that you are studying the intrepid Antarctic explorer Sir Ernest Shackleton for a Geography project at school.

Then imagine you had to write a diary as said explorer, chronicling his various escapades.

Finally, imagine your diary is considered so accomplished that your teacher sends it to the Shackleton Foundation for their perusal. This is what actually happened to Kirsty Patterson, a Year 9 pupil at The Purbeck School in Dorset.

Commenting on the eight week school project, her Geography teacher, Mike Vavrecka (who retires this year) said “I don’t think I have ever seen such a wonderful piece of work in 35 years of teaching. it is so beautifully presented and shows such imagination”.

This incredible piece of work highlights in accurate historical detail, various aspects of Shackleton’s Imperial Trans-Antarctic 1914-1917 Expedition. The cleverly crafted diary is handwritten on aged paper, lending it a distinctive look of authenticity. Each diary entry evokes vivid imagery for the reader. Heroic deeds and simple human assertions are expertly intertwined in this homage to a great man. 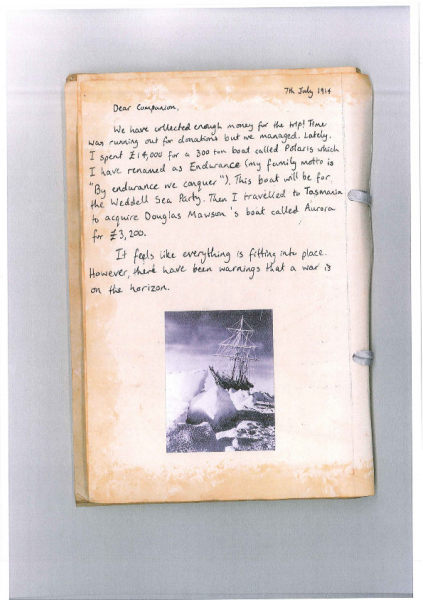 An extract from the diary Kirsty produced

The Shackleton Foundation were so impressed they are showcasing Kirsty’s diary on their website over the coming months to mark the centenary of Shackleton’s adventure.

Click here to see all of the diary extracts created by Kirsty.