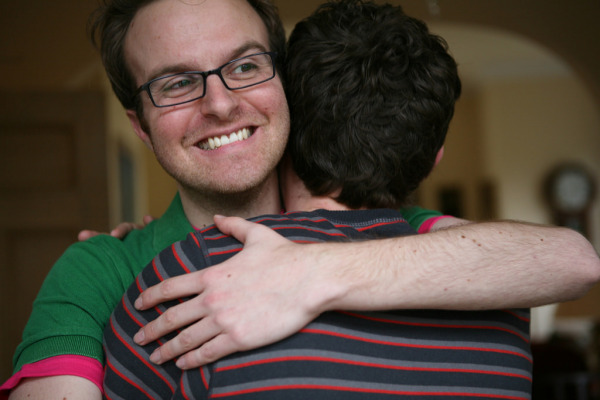 Missing People: A Lifeline When Someone Disappears

Bobby is 25. He has suffered mental health issues for much of his life, attending special schools and psychiatric units.

During his good times he is intelligent and excellent company. Since he was 23 he’s lived in a Managed Housing Unit for his own protection. He is on medication for depression and sometimes hears voices.

His passion in life is trains but he doesn’t have the freedom to enjoy them now that he is regularly monitored, and he finds that very frustrating.

As a result Bobby often runs away (and so is well known to the police and to the charity Missing People). He frequently gets trains to all parts of the country. He especially enjoys the journey to Scotland but he likes going to Kent and Sussex too. When he’s traveling he often uses 116 000 or Text Safe services to reassure those looking for him that he’s safe and well.

On the most recent occasion it seemed much the same as many other times he’d gone missing. His care home supervisor reported him missing to the police. The police contacted Missing People who sent him a text asking him to get in touch which he duly did. Asked by return text how he was, he replied that his head was all over the place. He went on to text that he’d left his care home after hearing voices telling him to take an overdose.

Each time he provided a new location Missing People would inform the police – but he was moving from one station to another. Finally he texted a new whereabouts. He added that he’d taken an overdose of paracetamol, was drinking alcohol and intended to take the next train to Brighton (which was unmanned and had no CCTV), where he planned to lie on the track, wait for the fast train and thus take his own life.

Again Missing People immediately informed the police who contacted the station, who could see Bobby on their CCTV monitor. When the police arrived just minutes later they picked Bobby up before he had a chance to take another of his beloved trains.

Missing People is the only charity in the UK which specialises in, and is dedicated to, bringing the 250,000 children and adults that go missing every year, back together with their families.

The charity has launched a new campaign, #MissforMay, which aims to raise vital funds and awareness by asking people to give up a luxury for the month of May to support families missing something much more important.

A range of resources have been created for those taking part in #MissforMay including a cheat token for the days when those taking part may find it too hard to miss out on their favourite luxury and medals that can be shared on social media to mark milestones throughout the month. Registration information and supporting materials can all be downloaded from the Missing People website.