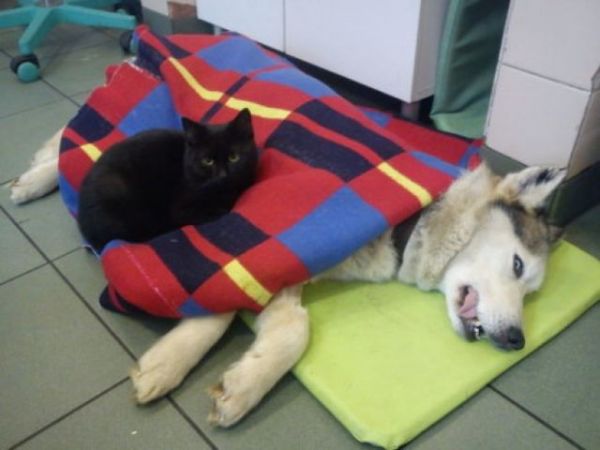 By Claudia Bean on May 5, 2015 0 Comments
Photo: KimfromNorway - Imgur Bridging the gap: snuggling with a husky

Paying it Forward: A Story of Love and Devotion

From the streets of Bydgoszcz in northern Poland to the comfort of an animal shelter, Rademenes’ tale is a true rags to riches affair. The black stray embraces the expression ‘pay it forward’ in a way that has astounded thousands on the internet after his story went viral. 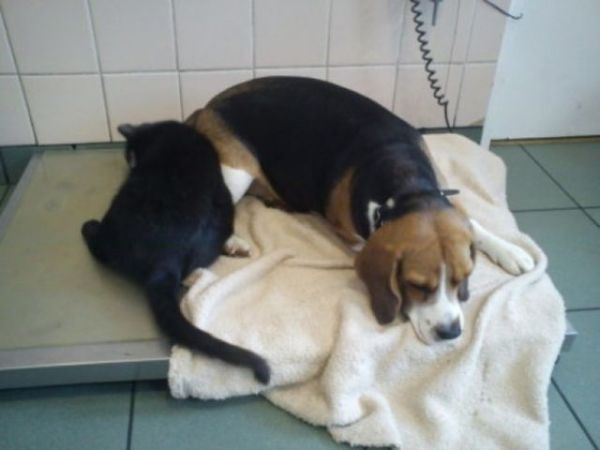 Rademenes was in a sorry state when he entered the shelter, with vets believing that he was too sick to make a full recovery. Deemed a lost cause, the kindest thing to do was to put him to sleep. But this stray was far from death’s door and surprised everyone by making an extraordinary recovery from a serious respiratory illness and hair loss.

Fully recovered, Rademenes began showing his caring nature by nursing other sick and injured animals back to health – he is often found washing, cuddling and sleeping with them in their darkest hours. 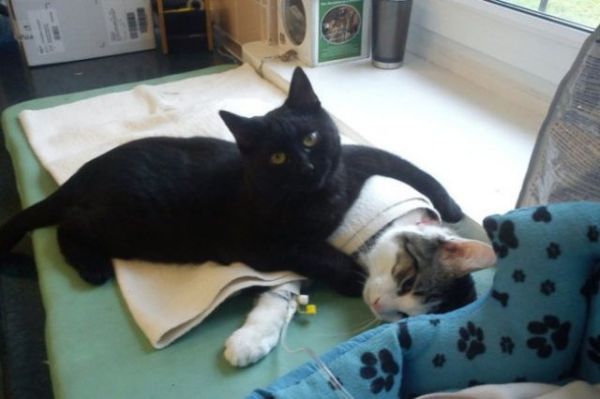 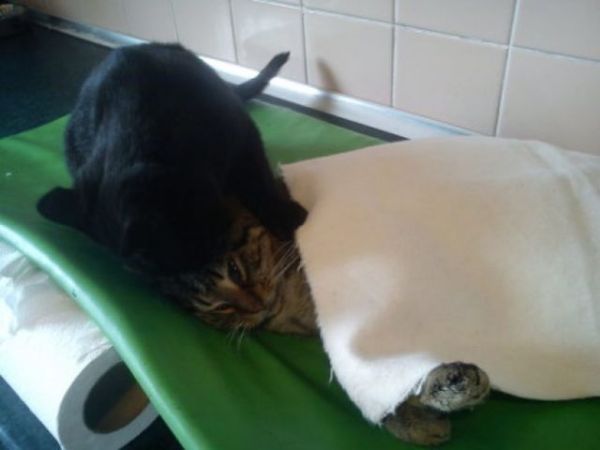 Often sworn enemies, this black cat’s love and comfort bridges the gap between species as he nurtures dogs as well as other cats.

Photo: KimfromNorway – Imgur
Bridging the gap: snuggling with a husky

Lucyna Kuziel-Zawalich, the vet who has adopted Rademenes at the shelter, says, “He cuddles and hugs other poorly animals.

“He cleans them and sleeps with them and pays particular attention to those suffering from serious diseases. It’s as if having been so close to death’s door himself, he now wants to help others get better.”

In return for his efforts, Rademenes has a forever home at the shelter, where he can live out his days paying it forward in the only way he knows how, proving that giving is a reward in itself.

And if you’re wondering about the name Rademenes, it comes from a Polish children’s TV character who grants a boy seven wishes for saving him from thugs. We can only hope that all Rademenes’ wishes come true.