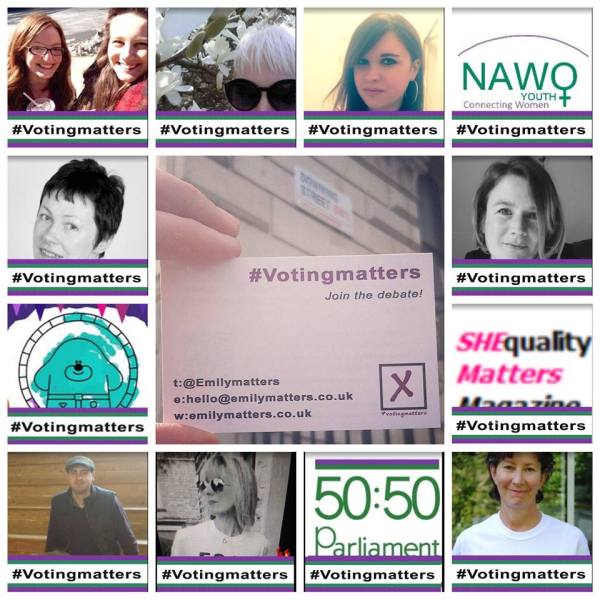 The UK Elections 2015 Are Over But Emily Still Matters

There is a big question which will continue to hang within our democracy for many elections to come: does voting really still matter? If going by the age pattern alone, it is indeed a responsibility for the older groups in our community, aged 65+. Although when it comes to young people and women especially, it is almost an opposite situation. For young women especially, just 39% had visited their polling station back in 2010. With the UK elections 2015 now over, the downward spiral is making a turn for the better and that is part in thanks to the great work of the #Emilymatters campaign.

Emily, making a direct reference to the widely renowned suffragette Emily Davison, has been making its presence known across social media over a number of months now. Founded by playwright, Kate Willoughby, who first wrote the play ‘To Freedom’s Cause’ which was performed in the Houses of Parliament, a very rare event, in 2014, the campaign has been working intensely to get tweeters engaged for the General Election and beyond. With regular chats hosted under the #VM, the outcomes have justified themselves. Over the last 28 days alone, 566 new followers are now in touch with all the work going on. The campaign has been able to hold conversations on the three main debates broadcasted, as well as keeping the discussions going on with shows like the Woman’s Hour debate on Radio 4 which hosted female politicians across the spectrum. Acting as a non-partisan platform, it has been able to engage all sides of political thought without giving judgement on responses and for all ideas to be challenged.

Led by a small team of volunteers, all efforts around poster design and facilitating chats has been an effort by all those involved to make sure #Emilymatters earns a high reputation. Even though it might seem a largely female inspired campaign, analysis of those engaging with it are relatively even, with 60% female and 40% male ratios in the breakdown. One tweet alone has had over 17,000 impressions, when repeated throughout the course of the day, to remind young women who are the least likely to vote to take action. On election day 258 tweets saw that over 90,000 impressions were made, with #votingmatters being one of the top UK trends that day. People all across the UK shared their photos of going to their polling station and some even wearing a costume to celebrate under the #VMParty. More than 289 alone adopted the #votingmatters Twibbon to show their support on the cause and released in the week of the General Election, it became one of the top Twibbons very quickly.

Looking ahead now, there is still much to be done. Though the voting turnout is on an upward trend and there might not be any elections for some time now, #Emilymatters will continue working with the Twittersphere to ensure people can express themselves and to celebrate significant anniversaries, such as that as the introduction of partial women’s suffrage in 2018. It is vital to keep the momentum going after the energy from a General Election quietens down again. Join in to keep the good fight going!