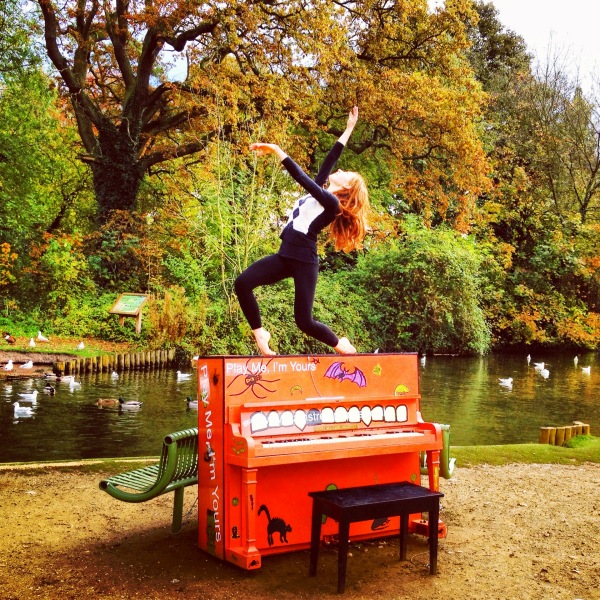 By Lucie Dowson on May 19, 2015 0 Comments
Photograph by Claude Schneider Photography

With the chit chat of strangers in one ear and the rumble of suitcase wheels in the other, I stand staring at the departure board in Sheffield station. I have little awareness of anything in my surroundings exceeding the usual hustle and bustle of every day life, when suddenly a rendition of Beethoven’s ‘Fur Elise’ interrupts my musings over where platform 5A could be.

The music fills the vast room, bouncing off the high ceilings and providing an unexpected soundtrack for people’s comings and goings. Much to my confusion, the source of this mysterious melody was indeed a man sat at a piano in the middle of the train station. Umbrella and briefcase propped up beside him, it was clear that this man was just like any other individual passing through the station but had decided that he fancied playing a tune or two. Intrigued about what this could all be about, I sought to find out more.

It turns out this piano is one of about 1300 that have been commissioned for in 45 cities across the world, put in public places for the use of anyone who feels like it. The pianos are often decorated by artists or members of the local community and can be found in train stations, parks, markets or even ferries, brightening up the urban landscape and also the days of many passers-by.

The concept began in Birmingham in 2008 as the work of British artist Luke Jerram. He called the artwork ‘Play me, I’m yours’, with the intention of people doing exactly as the name suggests. When asked about how it all began, Jerram said the following:

“The idea for Play Me, I’m Yours came from visiting my local launderette. I saw the same people there each weekend and yet no one talked to one another. I suddenly realised that within a city, there must be hundreds of these invisible communities, regularly spending time with one another in silence. Placing a piano into the space was my solution to this problem, acting as a catalyst for conversation and changing the dynamics of a space.”

It was estimated that between the 15 pianos located across the city over 3 weeks, 140,000 people played or listened to the music from the pianos. But so much more than the music emerged from the placement of these instruments; singing and dancing, discussions and flirtations, smiles and laughter. Jerram’s aim was fulfilled. 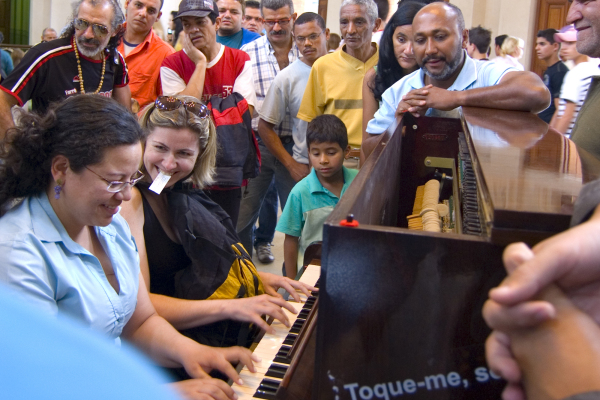 The idea expanded, and in 2009 these pianos could be found in Bristol, London and Sydney. From 2008 until the present day the number of street pianos across the globe has rapidly multiplied, with the artwork acting as a high profile event for many organisations including Sydney Festival, LA Chamber Orchestra, Faculty of Music at University of Cambridge and Barcelona’s Maria Canals International Music Competition.

“This isn’t about me and my creativity. The pianos act as a blank canvas for everyone else’s creativity. This is an opportunity for people to express themselves and connect with one another. You get strangers giving each other piano lessons”

The skill level varies from one tune to the next, with the instruments attracting a whole range of personalities. The piano lessons Jerram speaks of have allowed people to learn and improve, with thousands of talented pianists emerging as a result of having access to the instruments. Friendships and relationships have also been an outcome of the spontaneous communication between strangers. 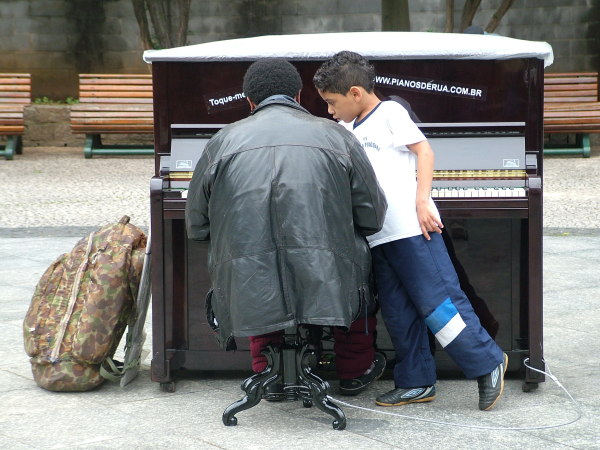 Even the practicalities of the pianos are enlightening. The pianos are sourced from cities where they are carelessly thrown away or given to the concept as they are no longer wanted. After the installation, they are donated to schools or community groups. During the time that the pianos are accessible to the public, there are very little problems with vandalism. Luke Jerram says:

“In Sao Paulo a piano costs a year’s wage and none were stolen – what’s important is the art project reaches a diverse audience.

“You’ve to take some risks to be able to reach people who don’t ordinarily get access to art and go to galleries.”

The latest instalment is in Florence, South Carolina from April 17 until May 3 2015, as part of Willcox, Buyck & Williams Foundation’s history & culture participation program.

Each city has their own website to keep it a legacy with content created and uploaded by the public. If you would like to hear stories about the pianos, see performances or simply find out more, go to www.streetpianos.com

Lucie Dowson is an English student at the University of Sheffield