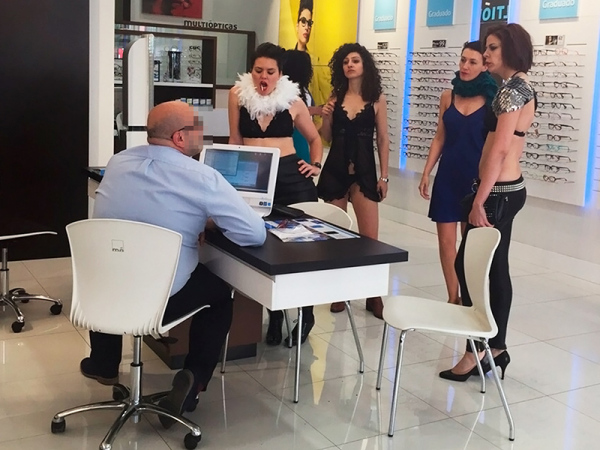 An Inspiring Way to Stand Up for your Beliefs

By Tilda Liepai on May 20, 2015 0 Comments
Photo: Alejandro Sierra Serrano

Every rational person agrees that feminism is still necessary. On the other hand, feminism these days is still full of double–standards, obnoxious behaviour and never ending discussions amongst the feminists regarding which approach to the movement is “the right one”.

While these debates seem to be going nowhere and there are still plenty of people thinking that they might influence society just by running around topless, producing an endless stream of angry letters and constantly feeling offended because somebody said or did something (remember the Matt Taylor T-shirt?), some people still manage to stand for their believes in a creative, fun way and, ergo, are still being heard.

Oh, nothing special. Just another sexist advert was shown in Spain.

But let’s play a game: I shall describe the advertisement and you will guess what it is actually for.

A middle-aged white man walks into a room that would look like a regular pub… except its patrons are exclusively female. These women are dressed in a highly suggestive manner (a few of them are wearing just their undies). Some of the patrons are playing poker, some of them are just standing by the wall and looking around. The man walks to the bar, where he is served beer while the female narrator’s voice says: “Have that incredible first time feeling any time you want.”

No, it is not a liquor brand that this commercial advertises. Nor is it a casino.

Oh, I forgot to mention: the man and one (just one) of all the scantily-dressed ladies are shown wearing spectacles. Apparently, an ad like this has clear, straightforward purpose… to sell eyeglasses.

As you have already guessed, the female half of the Spanish nation were not particularly pleased with such a commercial. I wouldn’t be either. Even when you want to use half-naked, attractive bodies (male or female) to sell you products – the least you could do is to keep it classy and creative.

On the other hand, maybe this Multiopticas ad actually wanted to say that the prostitutes (let’s be honest – the “pub” depicted in the commercial looked more like a brothel…) are also entitled to the proper health care, regular eye-checks and purchasing the firm’s trademark spectacles. In this case scenario the company’s target audience is aptly represented in this ad. 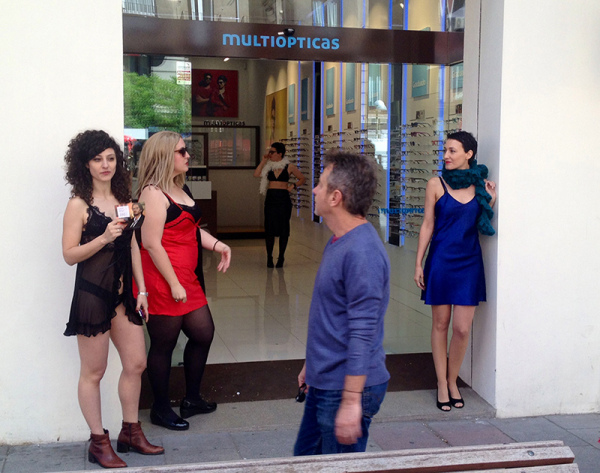 So, a certain group of socially-minded women decided to have a little fun and check if the commercial was truly misunderstood. They dressed up as provocatively as the typical sex workers would and went shopping for eyeglasses!

Naturally (regrettably), Multiopticas’s staff members were not pleased with such the colourful clientele. The staff and even some of the customers that were present repeatedly offended the girls and even called the police. Not once or twice: 8 times.

After the girls explained who they really were and why they masqueraded as the street walkers, Multiopticas apologised and promised to be more sensitive with their marketing strategy in the future.

Personally I am a huge fan of this campaign. The participants didn’t cause any major disturbances in the city. Instead, they have managed to expose Multiopticas’ hypocrisy while playing by their rules; quite an awesome feat, if you ask me.

These women conducted an inspiring campaign. We can all learn from them how to stand up in a smart way.